See who the Dallas Cowboys pick with the No. 10 pick 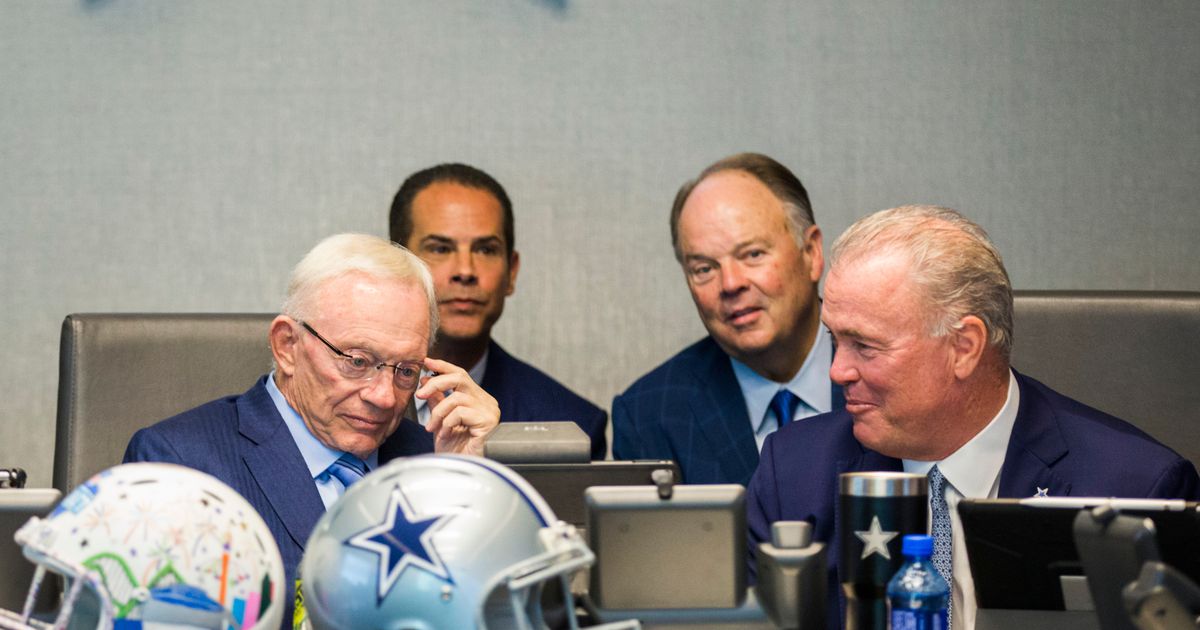 Welcome to another year of the NFL Draft season. Unlike last season, when some professional days and in-person visits were postponed due to the coronavirus, and draft week took place virtually, things are getting closer to normal. Front desk staff and coaches can visit on professional days to observe and chat with prospects. The three-day draft festival will take place in person in Cleveland.

Last year’s draft was all about wide receivers. This year, it’s all about the quarterbacks. You could say that every year, but QB-hungry teams in the Top 15 are already turning in search of their next QB1.

Here’s the first of our two mock drafts from the first round:

Urban Meyer’s first draft class is about the quarterback. You will probably take the best of this draft.

The Jets could change this selection. If not, they have a replacement for Sam Darnold.

A big change allowed the 49ers to move up and get their new QB1.

The Falcons could trade, possibly with the Panthers. Matt Ryan is on notice.

After the quarterbacks, the player with the best skill position is available.

Tua needs someone to pitch to. A colleague from the SEC could be on the way.

When he’s healthy, he’s great, but recovering from a broken ankle raises questions.

Finding a quarterback is a must for the Panthers, but the offensive line is vital.

Improving the offensive line is the first step to rebuilding.

The best corner of the draft? Probably.

A 4.39 40 in his professional day hush up any character problems.

A talented corner that must handle talent in the NFC East.

A versatile lineman who should be a Day 1 starter.

His weight, 170 pounds, does not bother Cam Newton.

This man is ready to play Week 1. Substance over flash for Da Raiders.

Improving defense and finding another receiver are essential.

So you thought Ryan Fitzpatrick was the future?

Back surgery pushes him down some draw boards.

A good pass rusher and a rising talent.

Rejuvenating a little on the O line can work wonders.

If they keep this selection, finding a corner helps D.

You got the QB, now get the RB in year 1 for Urban.

Time to get more depth and talent in high school.

Size was not a concern for Gary Patterson, why should it be for the Ravens?

This might be a scope in this place, but he’s got talent.

Good versatility; you can move it to different places.

He could go a little higher, because he has excellent fast passing skills.

If you watched the Super Bowl, you know why a tackle is needed.

Tom Brady needs more weapons, now he will have one.