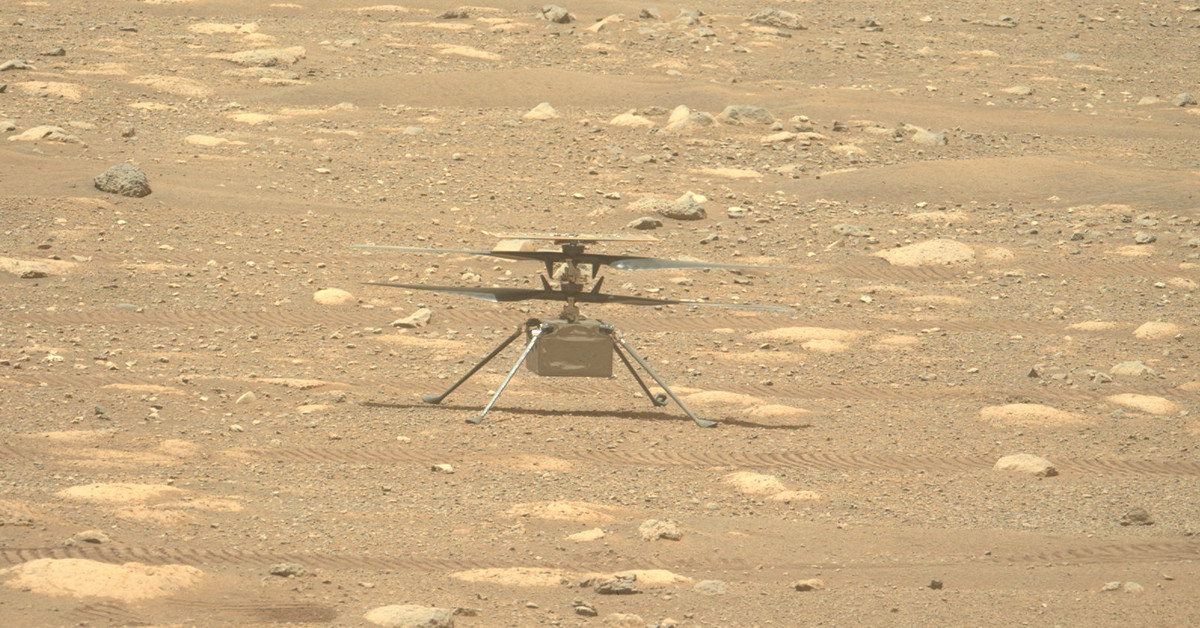 NASA’s Ingenuity helicopter is scheduled to attempt the first powered flight on another world at 3:30 a.m. ET Monday. The twin-bladed helicopter will attempt to ascend 10 feet above the ground and stay in place for 30 seconds as cameras on NASA’s Perseverance rover record the historic attempt from a distance.

The four-pound Ingenuity helicopter landed on Mars on February 18 attached to the belly of Perseverance, NASA’s last Mars rover whose primary mission is to search for signs of ancient Martian life. Perseverance has reserved time to witness Ingenuity’s flight attempt and report the results back to Earth. Ingenuity’s Monday flight test is the first of five planned within a 31-day window that began last week. If all goes well, engineers at NASA’s Jet Propulsion Laboratory in California will begin planning the next four, which could cause the spacecraft to rise higher and travel further, depending on the results of its first attempt.

JPL engineers have tried to set expectations for the test flight during recent press conferences: “This is really tough,” said Elsa Jensen, operations leader for one of the cameras on board the Perseverance that will be set at Ingenuity. Testing has been going well for the last week, Jansen added. “But we know there will be surprises.”

Due to the long data lag between Mars and Earth, we will not see live video of the flight attempt; it will probably take a few days to get those images. Instead, NASA’s live broadcasts will show engineers gradually analyzing data from Mars that will confirm whether or not Ingenuity survived their attempt. Did it fly as expected or was it blown away by a gust of wind? Did an alien steal it? We will know as soon as the engineers find out.

Tune in early Monday to see how the historic flight is going.

Ingenuity’s power supply will be depleted upon landing, so you need to transmit data to Perseverance as efficiently as possible. That landing data dump will include some low-resolution black-and-white images captured by its downward-facing navigation camera beneath its tissue-box-sized body.

“This is definitely a high-risk, high-reward experiment.”

Sometime on Monday, engineers will get other images captured by two cameras in Perseverance, Navcam and Mastcam-Z, with a much higher resolution.

The Ingenuity images, along with treasures of summary data, will send radio signals to the so-called Mars Base Station located on Perseverance’s body, which will transmit those signals to a satellite orbiting Mars, which will then fire the data through the NASA Deep Space Network all the way back to Earth. Ingenuity will go into sleep mode and recharge its batteries for the rest of the day using the small chopping board-sized solar panel atop its tiny rotor wings.

On the next Mars day, or sun, engineers will wake up Ingenuity and retrieve the first 13-megapixel color images taken by its other horizon-facing camera. More flight data will be sent over the next day – “that’s the prize of this project,” said Tim Canham, Ingenuity’s operations leader.

“This is definitely a high-risk, high-reward experiment,” MiMi Aung, Ingenuity project manager at NASA JPL, said at a news conference Friday. Based on several hours of Martian weather testing, simulations and analysis, Aung said “confidence is high” among the engineering team.

Ingenuity’s four-foot-long carbon fiber blades were successfully unlocked last week after he planted his feet on the surface, and engineers were able to run a short 50-rpm spin test. For actual spacecraft flight, those blades will rotate as fast as 2,400 rpm, fast enough to achieve lift in the ultrathin atmosphere of Mars.

Ingenuity’s performance in its first flight test will determine the parameters of its next flight tests. Aung said the “lifespan of the helicopter will be determined by how well it lands,” suggesting that engineers could conduct more flight tests within the 31-day window if things are successful. However, after that window, Ingenuity is likely to retire.