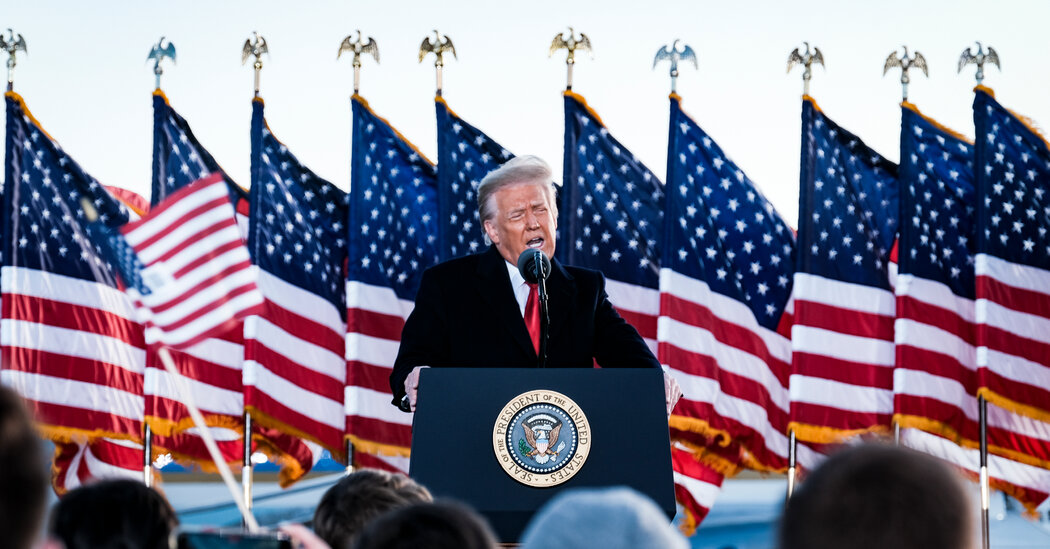 Former President Donald J. Trump used the final speech of his term on Wednesday morning, repeating the many lies and exaggerations he had told over the past four years.

He falsely claimed, as he has done nearly 300 times before, to pass “the biggest tax cut and reform in the history of our country” by far more than many others in the 2017 tax cut rankings.

Mr Trump, once presiding over the “biggest economy” with “numbers”, claimed he was “at a level that no one had seen before”. “Annual average growth, even as the coronovirus epidemic decimated the economy, was more recently under Mr. Trump than former presidents Bill Clinton and Ronald Reagan.

And he carried on his legacy in changing the judiciary, increasing the number of appointments to “around 300” and claiming that it was “record-setting”. In fact, Mr. Trump appointed 229 judges, a large sum for one term, but below the total number for President Barack Obama (320), George W. Bush (322) and Bill Clinton (322).

Mr. Trump made his final speech as president once again incorrectly used to create the Veterans Choice Health Care Program, which was signed into law in 2014 by his predecessor. As president, Mr. Trump signed a measure that would change the program.

He also claimed that the Veterans Affairs Department did not fire employees before he assumed office. In fact, Mr. Trump signed a law to encourage whistle-blowing and make it easier to fire bad employees in the department.