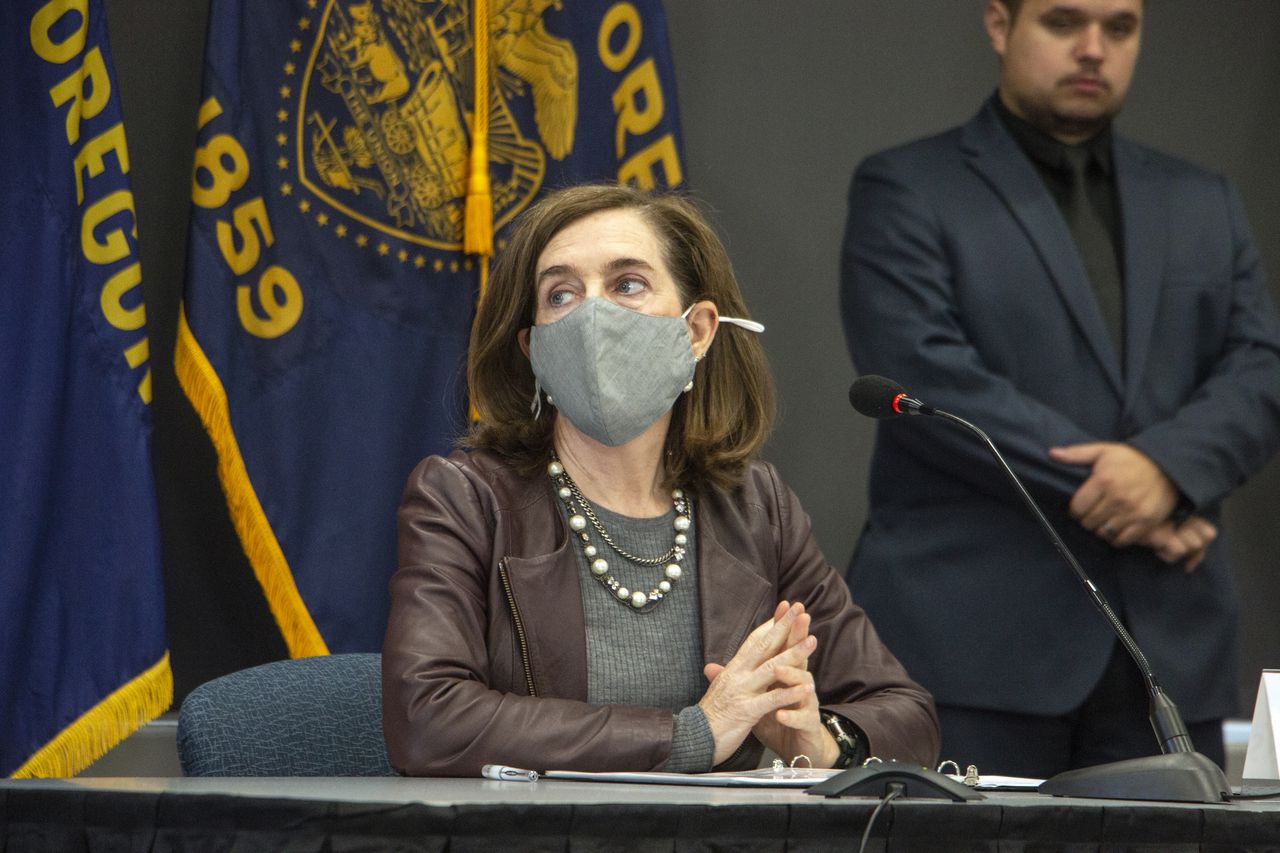 Gov. Kate Brown held a press conference on Friday to discuss Oregon’s ongoing response to COVID-19. She was joined by representatives from the Oregon Health Authority.

At this press conference, Brown announced Tuesday that 25 of the state’s 36 counties are at “peak risk” of coronovirus transmission and face the most stringent of new restrictions for businesses and social gatherings for at least two weeks.

Five more counties have been named in Brown’s list than last week, when the governor unveiled a four-tiered structure to enforce the restrictions. Counties are placed in different categories based on case and test-positivity rates, with restrictions increasing based on risk level.

Virtually the state’s most populous, including Mulnoma, Washington, Clackamas, Marion, Lane and Jackson, are in the “extreme risk” category.

The restrictions are aimed at hospitalization, which increased sharply through November. The number of people hospitalized with COVID-19 was 559 on Thursday, with 109 people in intensive care.

Watch a replay of the press conference in the video above.