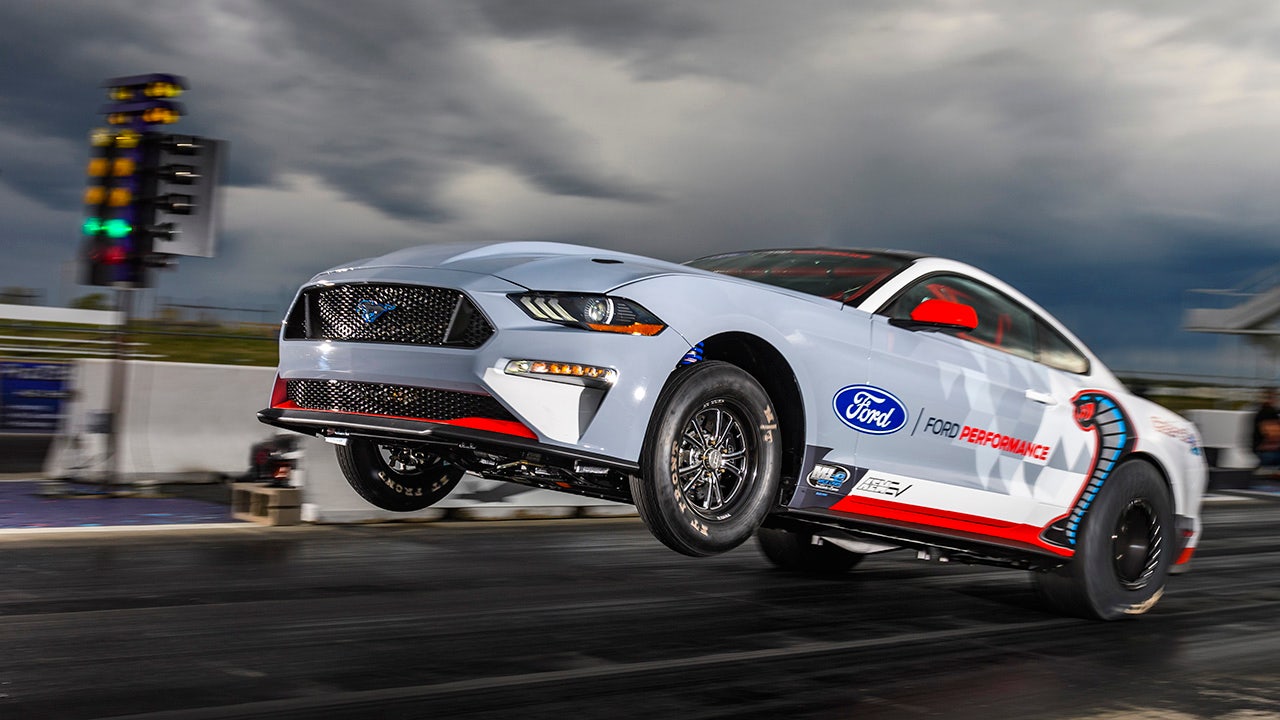 Talk about a show pony.

The Ford Mustang Cobra Jet 1400 landed the strip at Lucas Oil Raceway in Indianapolis during US Nationals this past weekend, with its front wheels in the air to demonstrate the potential of electric drive.

The drag car is powered by a pair of twin Cascadia Motion electric motors that Ford Performance delivers 1,502 wheel horsepower to the rear slicks through a 3-speed transmission.

Ford says it has achieved a quarter mile in 8.27 seconds at a trap speed of 168 mph in a private test, and has introduced a sportsman class super-powered 2018 to NHRA phoney car driver Bob Tassa III behind the wheel in Indianapolis. The Mustang Cobra is mounted on a jet powered by Tony Pedregan. Ford has never revealed the official power output for the V8 Cobra Jet, but is estimated to be in the 1,000 hp range.

Tassa had a slow reaction time and drew a high and long wheel stand in the green light, giving Pedgreen an early lead which he did not give up. The gas-powered Mustang beat its electric counterpart 8.797 seconds at 158.26 mph to 8.826 seconds at 156.81 mph.

The run gave the Ford battery-powered bragging rights to the Chevy, whose 700 hp eCOPO Camaro ran a quarter mile of 9.837 seconds at 134.07 mph last year.