See a dust swirl by the Mars Perseverance rover 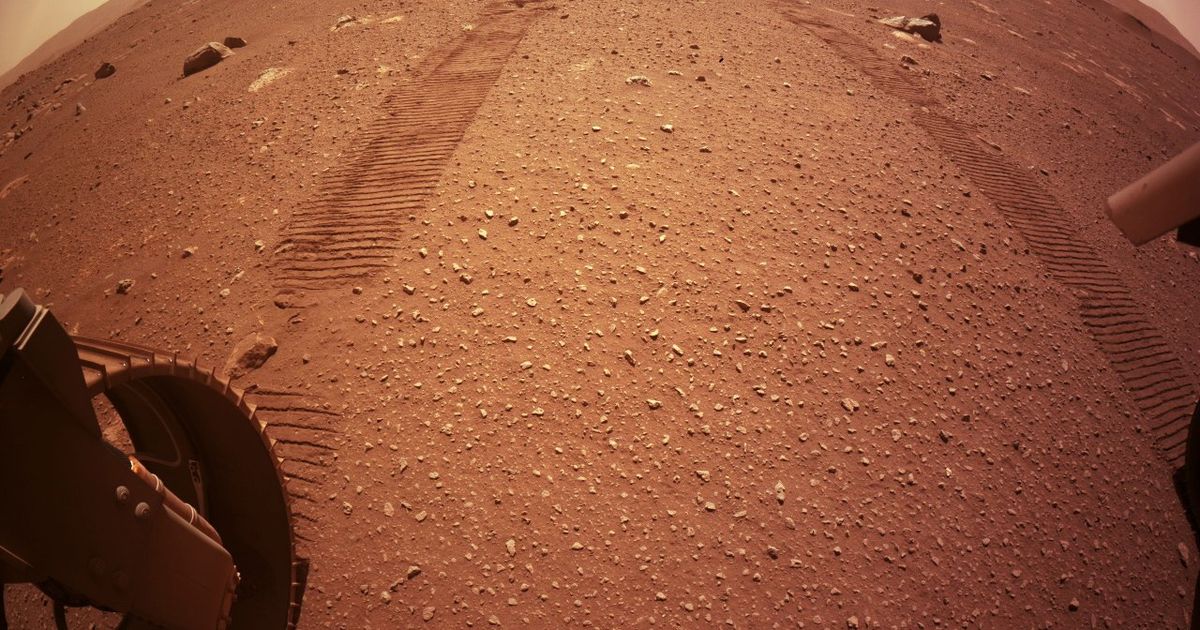 While taking pictures of its new surroundings on the arid Martian surface, the Perseverance rover recently saw a whirlpool of dust spinning in the distance. Seen below, the dust devil appears beyond the rover’s arm:

However, Mars was not always a dusty, bone-dry world. Planetary scientists at NASA think Mars once supported abundant amounts of water, and perhaps life in it. As noted by the space agency:

NASA scientists estimate that Mars used to have at least 5 million cubic miles of water. That’s more than the volume of water found in Earth’s Arctic Ocean. If that amount of water were present on Mars today, it would cover 19 percent of the surface and reach a maximum depth of one mile.

The Perseverance rover, searching for evidence that microbial life may have survived (or thrived?) Once on Mars, has begun exploring Jezero crater, a place where NASA says it was probably once “inundated with water. “.