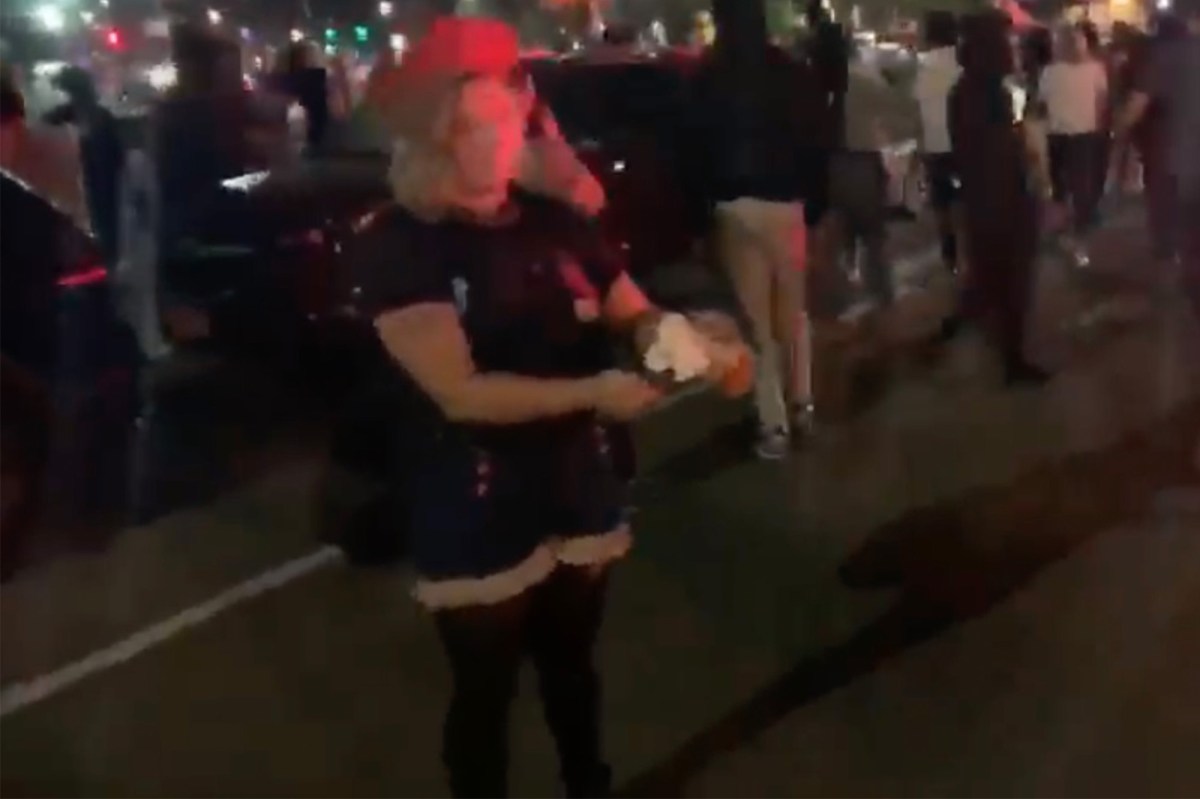 A Catskills man was arrested for providing supplies to a woman who attacked New York police with a Molotov cocktail during the height of the George Floyd protests, authorities said.

Timothy Amerman, a 29-year-old Saugerties painter, supplied Catskills resident Samantha Shader, who allegedly threw the explosive into a busy police vehicle, with paint cans, glass bottles, marijuana, and gas money while on her way to the New York City for “Causes Hell” on May 29, prosecutors said Saturday.

Shader, 27, was chased by police that night and arrested in the early hours of May 30 in Brooklyn.

When authorities searched the car he was driving to New York City, they discovered a note covered by Amerman’s fingerprints, according to court documents.

“I found some more glass bottles than I thought I had, but not many yet. I give you my mask in hope. That helps. I wish I had more. There is also a bag here for you. Please be sure. Very good luck, love Tim, “said the letter, according to federal prosecutors.

Later, Amerman admitted that he provided Shader with “shells to launch against the police and counter-protesters,” the complaint says, but rejected his offer to “go to town to cause hell.”