Scientists want to send 6.7 million sperm samples to the moon 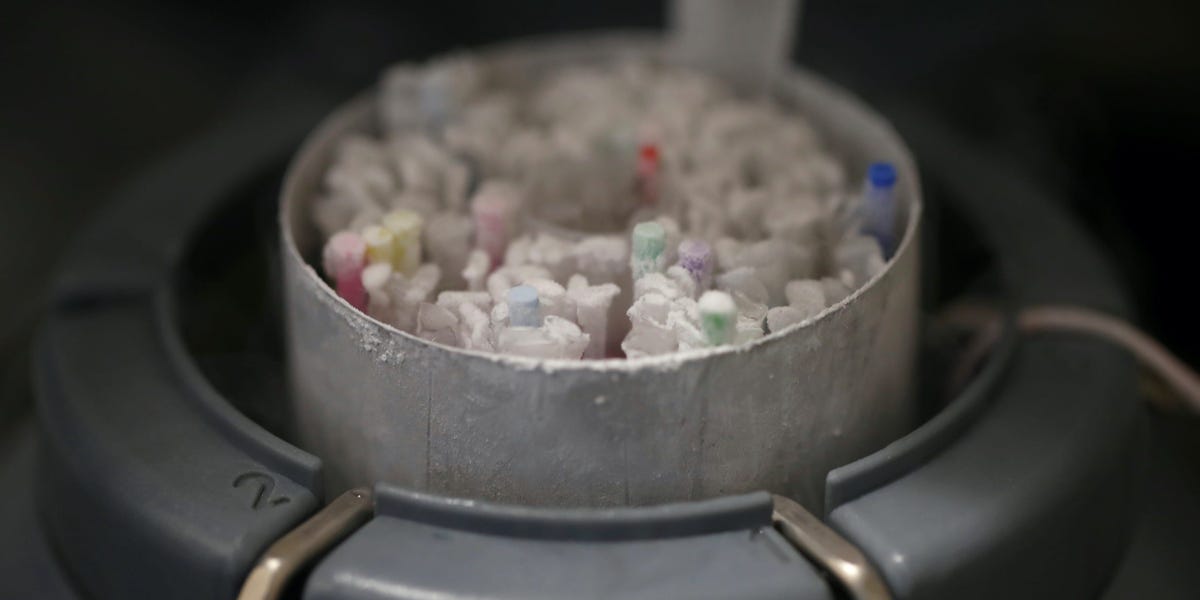 Scientists have suggested that humans could buy a “modern global insurance policy” by building an “ark” filled with 6.7 million sperm samples, on the moon.

The ark would involve shooting sperm and egg samples from 6.7 million species to the moon through multiple payloads. The samples would then be stored in a vault below the moon’s surface, in a “lunar well,” where they could be kept safe.

According to a New York Post report, this would be conceptually similar to the “Doomsday” seed vault in Svalbard, Norway, which currently contains more than a million crop samples from nearly every country in the world.

The team of six researchers from the University of Arizona presented their idea at the Institute of Electrical and Electronics Engineers (IEEE) Aerospace Conference, where they said their proposal would protect humanity from extinction.

This lunar ark, the researchers said, could help repopulate the earth should a catastrophic disaster strike, such as a deadly epidemic, supervolcanic eruption, large-scale nuclear war, widespread drought or asteroid.

“Earth is naturally a volatile environment,” said study author Jekan Thangavelautham in his presentation of the paper, entitled “Lunar Wells and Lava Tubes for a Modern Ark,” adding that a sample repository on Earth would leave the specimens vulnerable to contamination. destroyed in a massive disaster.

While this may seem like a suggestion straight out of science fiction, the scientists behind this proposal have calculated that shipping cryogenically frozen samples of sperm, eggs, spores, and seeds from some 6.7 million species to the relative safety of the moon be a feasible operation.

According to an IFL Science report, Thangavelautham said in his presentation that the facility could “be filled with samples” on 250 flights to the Moon. Building the International Space Station, by comparison, required 40 trips.

To prevent samples from freezing or soldering in the freezing temperatures below the moon’s surface, scientists also suggest that the facility be powered by solar panels.

IFL Science spoke with Álvaro Díaz-Flores Caminero, a doctoral student at the University of Arizona who is leading the thermal analysis of the project, who said that projects like these bring humanity closer “to becoming a space civilization, and to the not too distant future. where humanity will have bases on the Moon and Mars. “

“Multidisciplinary projects are difficult because of their complexity, but I think that complexity itself is what makes them beautiful,” Caminero said.