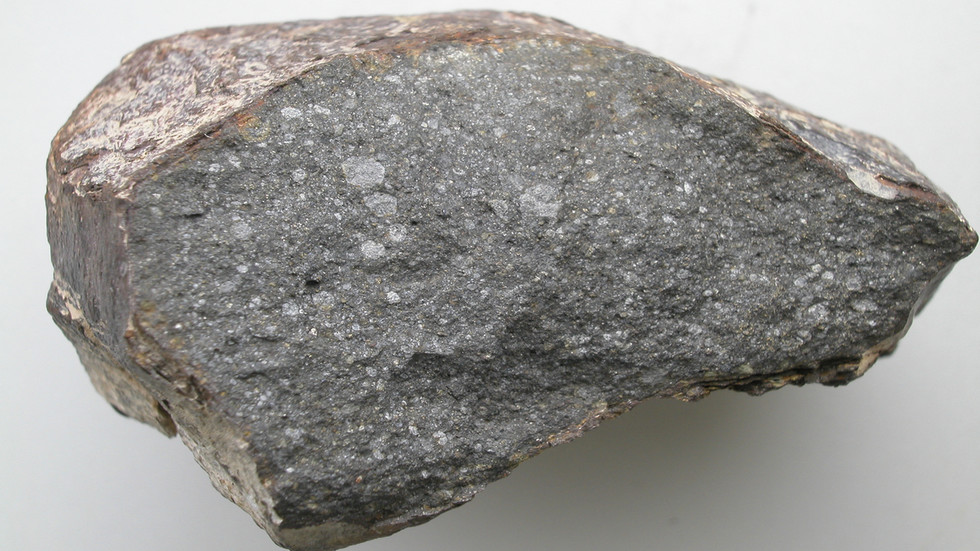 Researchers from a French university finally identified a meteorite fragment discovered in the Algerian Sahara desert in May 2020, which had likely been there for “at least 100 years.”

The meteorite piece, designated Erg Chech 002 (EC 002), is believed to date back 4.5 billion years, to the early days of the solar system. Of volcanic origin, it broke off from a protoplanet about 26 million years ago and continued its journey through space, eventually falling to Earth, where it rested for about a century before being discovered.

The scientific finding has been documented in a new study published in the journal Proceedings of National Academy of Sciences, in which geochemists from the University of Brest in France explained how rare the meteor is, being only one of 65,000.

Also on rt.com
Organic building block for life found on the surface of an asteroid for the first time

The reason for the meteor’s rarity is believed to be that other types of this material formed part of other planets or were pulverized by the chaotic and developing solar system after detaching.

“No asteroid shares the spectral characteristics of EC 002, indicating that almost all of these bodies have disappeared, either because they became the building blocks of larger bodies or planets or were simply destroyed.” the researchers stated.

The formation of its structure. “It is poorly understood, due in part to the scarcity of available samples,” the document also noted. There are believed to be around a hundred fragments of the meteor but, so far, only 43 have been officially identified and categorized, reports AFP.