Scientists discover that the kangaroo painted more than 17,000 years ago is the oldest cave painting in Australia 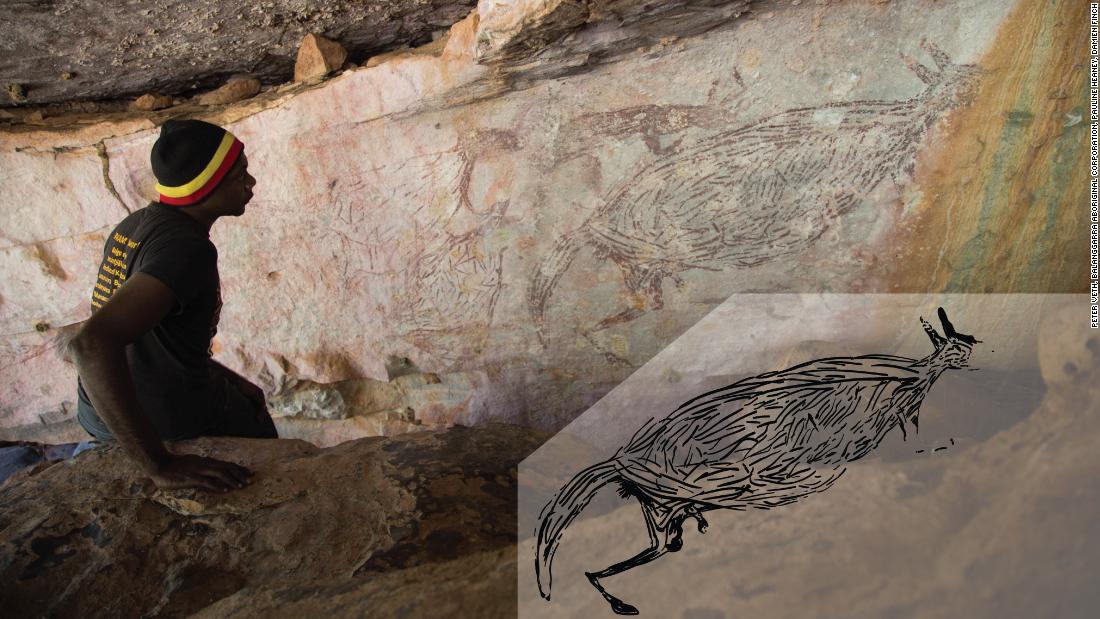 A painting of a kangaroo in Western Australia is the oldest known rock art in the country, according to scientists, who say radiocarbon dating analysis shows it was created more than 17,000 years ago.

The depiction of the kangaroo was one of the cave paintings first recorded by researchers in the 1990s in the Kimberley region, which is home to one of the largest collections of indigenous rock art in the world. Scientists from various universities and research agencies worked with local indigenous leaders to analyze the paintings, and their findings were published Monday in the journal Nature Human Behavior.

Rock art is one of the earliest recorded attempts at human communication, with some of the earliest examples of depictions of animals found in Sulawesi, Indonesia. However, dating paintings more than 6,000 years old has proven challenging, as the organic material in the paint pigment, which is crucial for radiocarbon dating, is difficult to find.
So instead, the Australian team used wasp nests.

A rare representation of a human figure from the oldest Kimberley style of painting. Credit: Pauline Heaney and Damien Finch

They found the remains of 27 ancient mud wasp nests, which can be radiocarbon dated, above and below 16 different cave paintings, according to the document.

The strategy is simple: if nests are built on top of rock art, the art must be older. If the art is built on nests, the nests must be older. Dating these nests gives scientists a minimum and maximum age for cave paintings.

The main source of carbon in these nests, which are made in part of mud, is the charcoal fragments. There were frequent wildfires in the region that burned short-lived vegetation like grass, so most nests contained relatively recent charcoal when they were built.

Ancient nests also often contain plant material or insect fragments that the parent wasps collected for the larvae to feed on, all of which contain carbon.

A painting of a snake on the wall of a rock shelter in Kimberley, with many other paintings painted on it. Credit: Pauline Heaney and Damien Finch

By dating the wasp nests, the authors of this study established that most of the paintings were produced between 17,000 and 13,000 years ago. Some of the oldest paintings include an image of a boomerang and a rare depiction of a human figure lying on its back. Others featured animals that included a snake, a lizard-like figure, and three macropods, the marsupial family that includes kangaroos, wallabies, and quokkas.

The kangaroo painting dates back between 17,100 and 17,500 years. It was painted on the sloping ceiling of a rock shelter, home to thousands of fossilized mud wasp nests.

“Many more dates from this period are required before the full chronological extent of the paintings still visible today can be determined,” the researchers wrote.

This study is part of the multidisciplinary Kimberley rock art dating project, which uses several different technologies to study the evolution of rock art and the natural landscape.