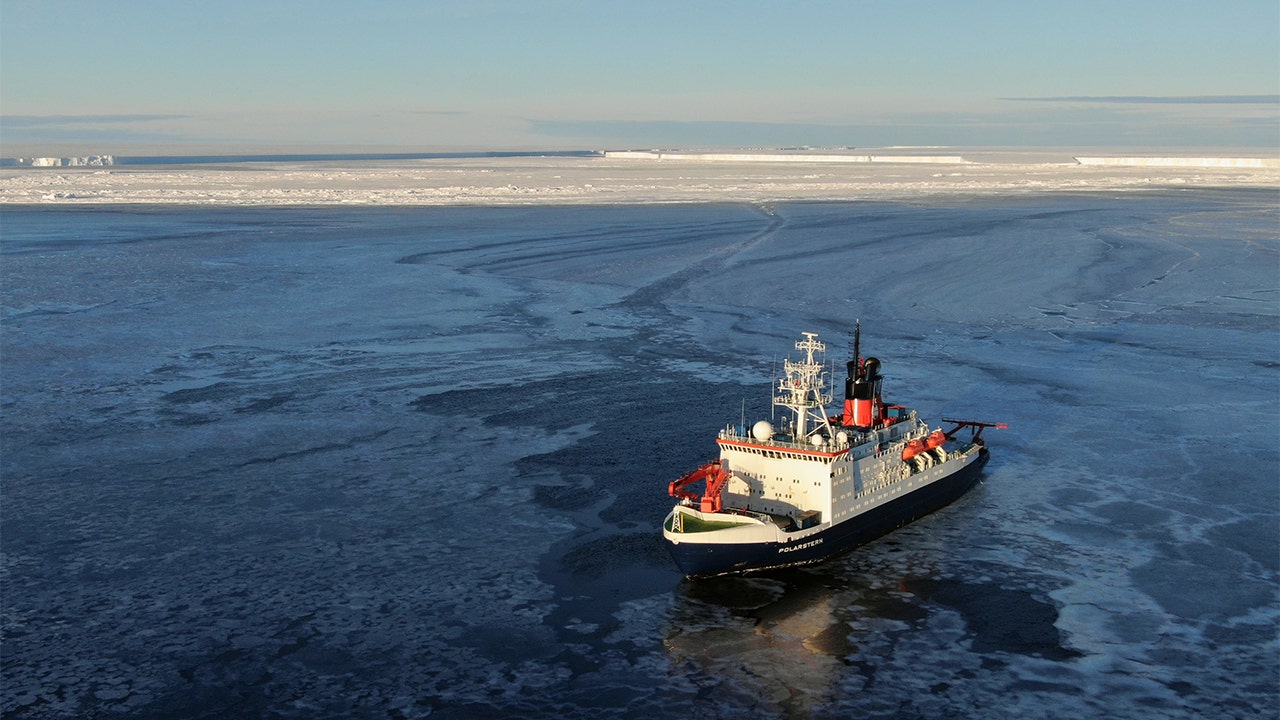 Scientists have recently discovered the fossilized remains of a 70-million-year-old elasmosaurus in Antarctica, which once weighed up to 15 tons, making it one of the largest of its kind ever found. Fossil hunters call the find a real-life Lock Ness monster, as many believe Nessie to be a long-necked plesiosaur, like an elasmosaurus. It is now one of the most complete ancient reptile fossils ever discovered.

German researchers have discovered marine life along the Antarctic seafloor for the first time in decades after a huge iceberg broke off the continent’s ice sheet last month.

The iceberg, named A-74, broke loose about two weeks ago and began drifting through the Weddell Sea.

A VOLCANO ESTABLISHES IN ICELAND FOR THE FIRST TIME IN 6,000 YEARS

As the only nearby research ship, the Polarstern research icebreaker took the opportunity to explore, penetrating the gap between the A-74 and the Brunt ice shelf.

Life on the seafloor of Antarctica, where the giant iceberg A74 left the Brunt ice shelf (eatsern Weddell Sea) two weeks before scientists from the Alfred Wegener Institute and international colleagues arrived in the area with RV Polarstern. Photographs taken with OFOBS (Ocean Bottom Bathymetry and Observation System). A 10 cm diameter sea anenome uses a small stone as a substrate. Various shrimp and small fish can be part of the diet of this animal under the ice.
(INSTITUTE ALFRED-WEGENER)

“Once-in-a-lifetime” photographs captured by the crew revealed a “staggering level of biodiversity and sediment samples taken from the seabed are expected to provide more detailed information about the ecosystem.”

THE ROCKS OF GREENLAND HAVE TRACES OF THE OLD MAGMA OCEAN, SCIENTISTS DISCOVER

In addition, the geochemical analysis of the collected water samples will allow conclusions to be drawn about their nutrient content and ocean currents.

Video images and an extensive collection of photos taken using the OFOBS (Ocean Floor Bathymetry and Observation System) exposed life deep below the surface and numerous organisms surrounded by a silty landscape.

Most of those creatures were filter feeders, though experts also found sea cucumbers, starfish, mollusks, at least five species of fish, and two species of squid.

Hundreds of marine species live in Antarctic waters, but, as LiveScience reported on Friday, the presence of stationary filter feeders that eat phytoplankton, which rely on sunlight for photosynthesis, meters under the ice was surprising.

AWI noted in the statement that the research was essential to better understand calving events and that it is rare to be near a region that becomes ice-free and in contact with sunlight, especially for icebergs as large as A-74. .

The team also placed research buoys in the area to collect data on water temperature, salinity, and speeds of ocean currents.

It’s a move they believe will help scientists create more accurate climate models for the region as Antarctica continues to lose ice mass at an alarming rate.

“This data forms the basis for our simulations of how the ice sheet will respond to climate change. As a result, we can say with a greater degree of certainty how fast sea level will rise in the future, and provide the political community and society in general with solid data to make decisions about the necessary measures of adaptation to climate change, “said physical oceanographer and head of the AWI expedition, Dr. Hartmut Hellmer.