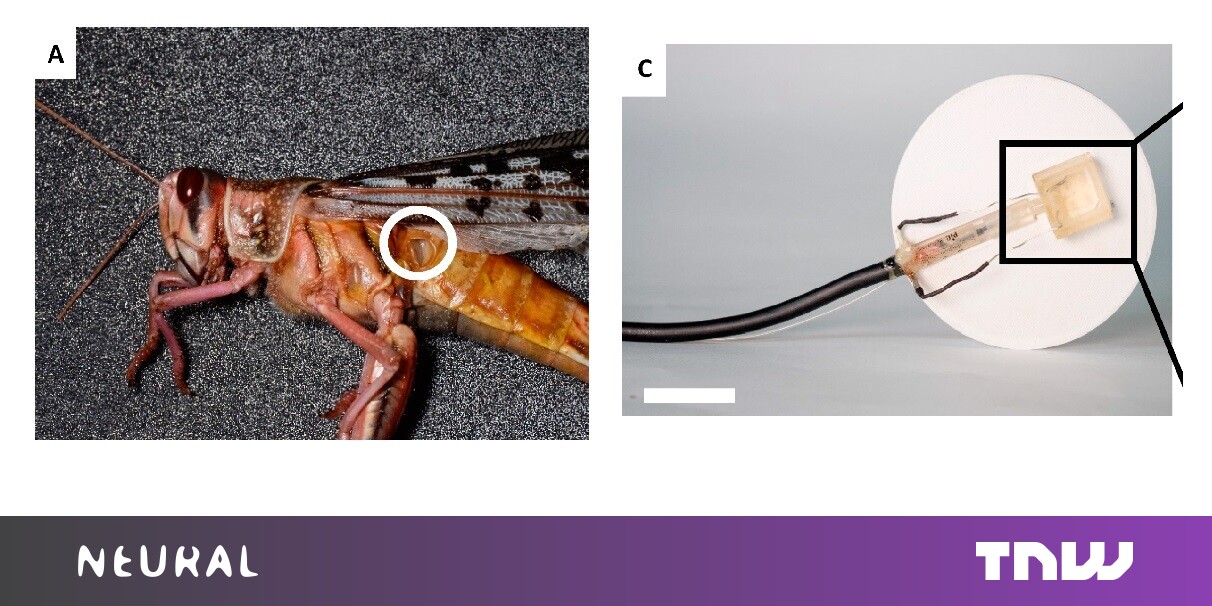 A team of scientists from Tel-Aviv University has given a robot the ability to hear sounds by using a dead lobster ear.

What? Seriously. A university press release highlighting the team’s work read the following:

How does it work? Actually, it is quite simple. The researchers use the dead lobster’s ear in exactly the same way that they would normally use a microphone. Rather than plugging in a human-made electronic device, the team simply plugged in Mother Nature’s work in a similar way.

According to team leader Ben Maoz:

Prof. Yovel’s laboratory built the robot and developed a code that allows it to respond to electrical auditory signals. And my lab has developed a special device, Ear-on-a-Chip, that allows the ear to stay alive throughout the experiment by supplying oxygen and food to the organ, while allowing electrical signals to exit the ear from the Locust. and amplified and transmitted to the robot.

Quick take: This is pretty cool. We’ve seen scientists create some weird and wonderful cyborgs by combining insect biology with robotics before. Just take a look at this 2017 article about a team of researchers who developed a method to control live dragonflies remotely like drones.

But this new locust and cyborg research is astonishing in its own right because, instead of controlling the motor functions of a living creature, it demonstrates how AI can gradually harvest existing biological technology to create a functional machine on demand.

Necromancy? In this economy? It’s actually hard to imagine a more cost-effective way to build an army of robots than to design inexpensive systems that could, for example, parachute into a certain geographic location with the ability to search for its own body parts. How scary is that?

You can read the full article here.