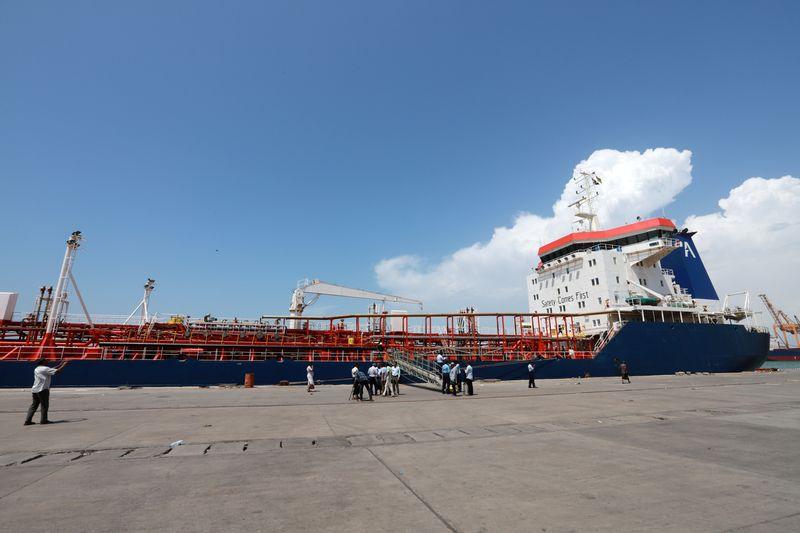 DUBAI (Reuters) – The Saudi-led coalition has authorized the docking of four fuel ships in Yemen’s Red Sea port of Hodeidah, two sources familiar with the matter said, after the internationally recognized government of Yemen, said Wednesday that it had approved the entry of some ships.

The move came after the Iranian-aligned Houthi group, which has been fighting the coalition for six years and controls most of the major urban centers in Yemen, said it would only accept a Saudi ceasefire proposal if it was lifted. an air and sea blockade.

Four vessels, including two carrying a total of 45,000 tons of diesel, a ship loaded with 5,000 tons of liquefied petroleum gas and a fourth tanker with 22,700 tons of fuel oil have received authorization from the coalition, the sources said.

As of Wednesday morning, the four ships had not yet started moving towards Hodeidah port, which is controlled by the Houthis.

Yemen’s Foreign Ministry said it had allowed several fuel ships to enter Hodeidah to ease the humanitarian situation, but did not provide further details.

The chief negotiator for the Houthis, Mohammed Abdulsalam, said: “The provision of fuel, food, medical supplies and basic necessities is a humanitarian and legal right for the Yemeni people. We do not accept any military or political conditions to receive them ”.

The blockade of Yemeni ports has been one of the main causes of the world’s worst humanitarian disaster. The coalition and some aid groups have accused the Houthis of obstructing relief efforts.

Coalition warships off Hodeidah were holding 14 fuel tankers as of March 23 despite having obtained UN clearance, United Nations data showed. Some have been waiting six months to dock.

Four other ships left without docking after months of waiting.

Saudi Arabia, which leads a coalition that has been fighting the Houthis since 2015, offered the group on Monday a ceasefire agreement that would also include the reopening of the Sanaa airport and allow the importation of fuel and food through the port of Hodeidah.

The Houthis said the Saudi offer did not meet their demand for a complete lifting of the air and sea blockade, but that the group would continue to speak to the kingdom, the United States and mediator Oman in pursuit of a peace deal.

On Tuesday, the Houthis launched a drone strike at an airport in southern Saudi Arabia.