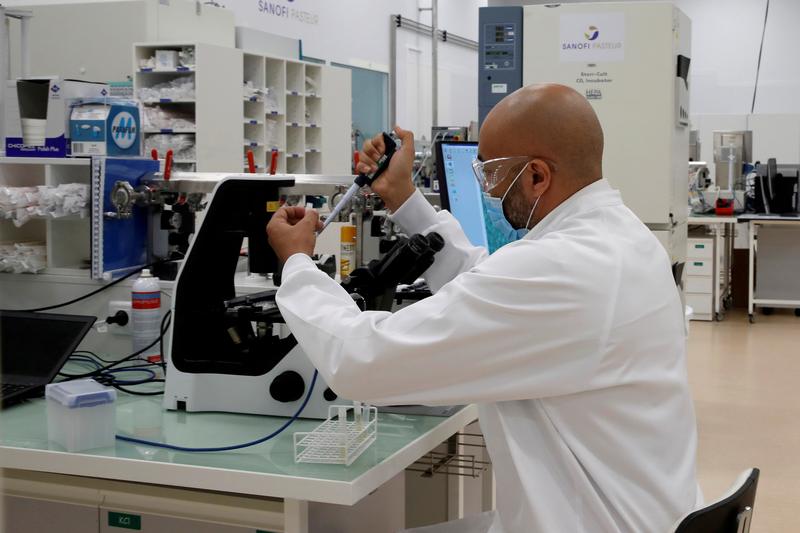 PARIS (Reuters) – A candidate vaccine for COVID-19 developed by Sanofi and the US group Translate Bio “will not be ready this year,” the chief executive of the French pharmaceutical company told Le Journal du Dimanche newspaper.

Clinical trials of this vaccine, which will be based on a technology known as mRNA, supported by approved vaccines from Pfizer / BioNTech and Moderna, are expected to begin this quarter.

In December of last year, Sanofi had said it was aiming for “the earliest potential approval” of the injection in the second half of 2021, following positive preclinical data.

“This vaccine will not be ready this year, but it could be even more useful at a later stage if the fight against the variants continues,” said Paul Hudson.

The CEO did not elaborate. Sanofi officials were not available for comment.

The news could mark another blow for Sanofi, which is already facing the delay of another COVID-19 candidate vaccine it hopes to bring to patients and for which the company has partnered with Britain’s GlaxoSmithKline.

The two groups surprised investors last year by warning that their traditional protein-based COVID-19 jab showed an insufficient immune response in older people, delaying its launch towards the end of 2021.

To appease critics, Sanofi said last month that it had agreed to fill and pack millions of doses of the Pfizer / BioNTech vaccine starting in July.

Around 108 million people are reported to be infected with the new coronavirus worldwide and more than 2.4 million have died since the first cases were identified in China in December 2019, according to a Reuters tally.

Countries around the world have embarked on mass vaccination programs since the beginning of the year, with mixed results, and are now faced with the emergence of several variant strains that forces them to move even faster.