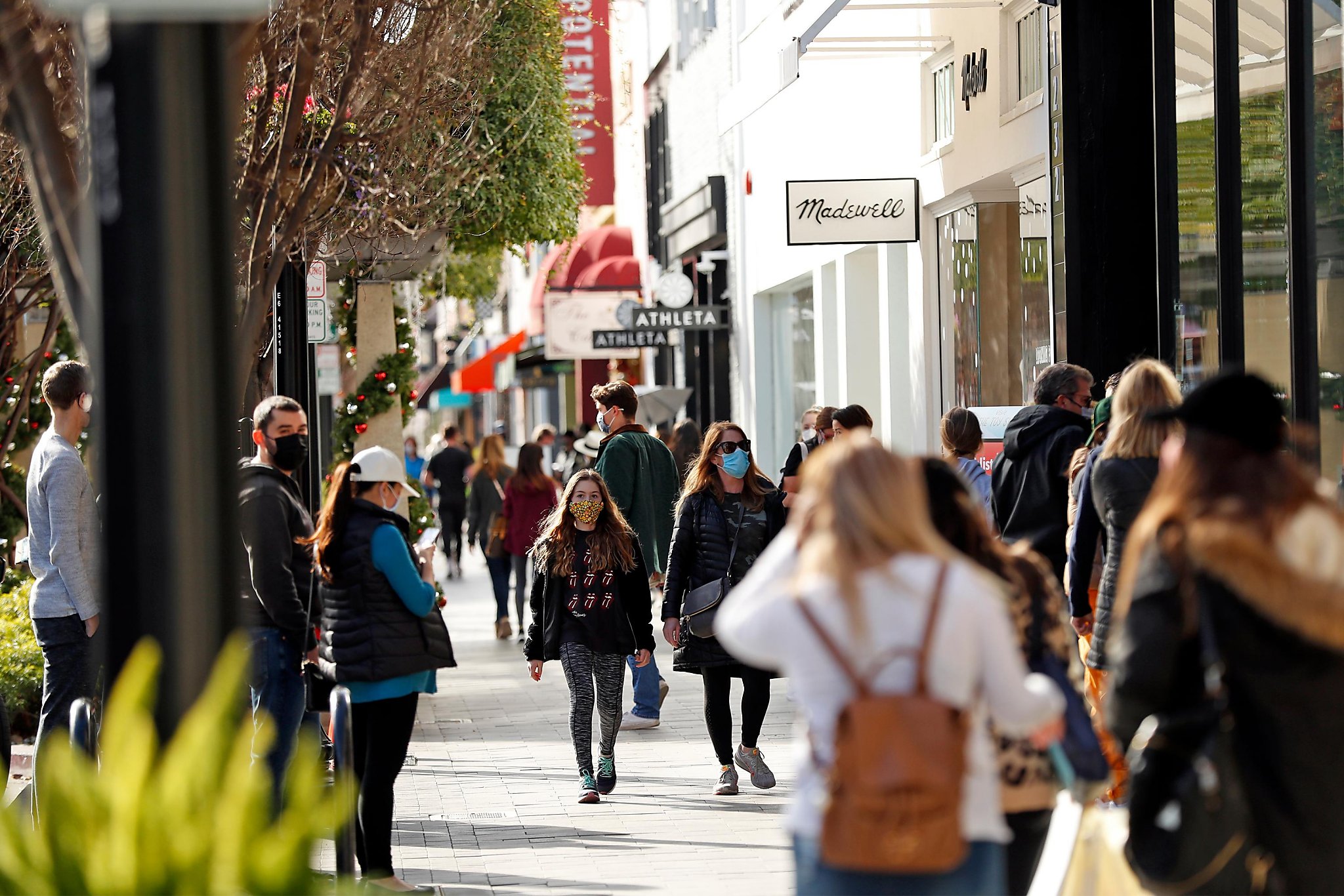 San Mateo and Marin counties advanced to the second most restrictive category in California’s reopening plan Tuesday, according to the California Department of Public Health. Both came out of the purple level, the category that imposes the strictest rules of the coronavirus.

Currently, all but 11 counties in the state are at the purple tier. But Gov. Gavin Newsom said Tuesday that as rates of coronavirus cases continue to plummet in the Bay Area and throughout California, five counties are transitioning to the red and he anticipates that another eight may loosen restrictions. next week, and “even more in two weeks.”

San Francisco, which remains at the purple level for now despite having lower case numbers and positive test rates than San Mateo and Marin counties, may be among those advancing.

Mayor London Breed, speaking on a Washington Post Live forum on Tuesday, said she “hopes to make some announcements next week about some additional things that we can reopen,” including things like museums and personnel.

He also said that “restaurants will be able to expand,” but did not elaborate.

Counties that are in the red tier can allow retail stores and shopping centers to operate at 50% indoor capacity; museums, zoos, cinemas and restaurants covered at 25% of their capacity; and indoor gyms and fitness studios at 10%. Cultural ceremonies, such as weddings and funerals, are also allowed indoors at 25% capacity or with 100 people, whichever is less.

“This is great news for our small businesses and our entire community,” said David Canepa, president of the San Mateo County Board of Supervisors.

A day after the United States passed the milestone of 500,000 deaths from COVID-19, Newsom said the statewide figures continue to move in the right direction with cases, hospitalizations and deaths.

“When we talk about light, I’m talking about bright light at the end of this tunnel,” Newsom said.

Humboldt, Shasta, and Yolo Counties also went from purple to red on Tuesday; while Trinity County fell to the red again from the orange level.

One explanation for the move is the health equity score, which is the positive test rate for specific low-income and disadvantaged neighborhoods. The score is intended to measure how well counties are managing case rates and testing in communities hardest hit by the pandemic.

According to the state’s reopening plan, counties can progress from purple to red if they report a health equity score of 5% or less for two weeks in a row. San Mateo and Marin counties were the only counties in the Bay Area that met that criteria.

“We have focused on our hardest hit communities and it appears that it is paying off,” said Dr. Matt Willis, Marin County Public Health Officer, in a statement. “It is especially encouraging to see this progress as we move towards vaccinating essential workers. Adding vaccine protection will help seal this progress for the entire community. “

The transition to the red level also means that any Marin school that has not yet reopened for some form of in-person instruction will be eligible to do so as of March 1, county officials said.

San Mateo County officials noted that decisions to reopen public schools are made by school boards and the county department of education.

Newsom also signed into pandemic relief legislation Tuesday, providing direct payments of $ 600 to millions of low-income Californians and making small businesses eligible for billions of dollars worth of tax deductions and grants.

The Legislature overwhelmingly approved the package Monday, which is different from the aid package pending in Washington.

“We have to recognize our responsibility to do more and improve to help these small businesses at this very difficult time,” Newsom said.

The $ 7.6 billion package will eliminate some business fees to help improve your financial picture. The package will grow to $ 10 billion in a few years, Newsom said.