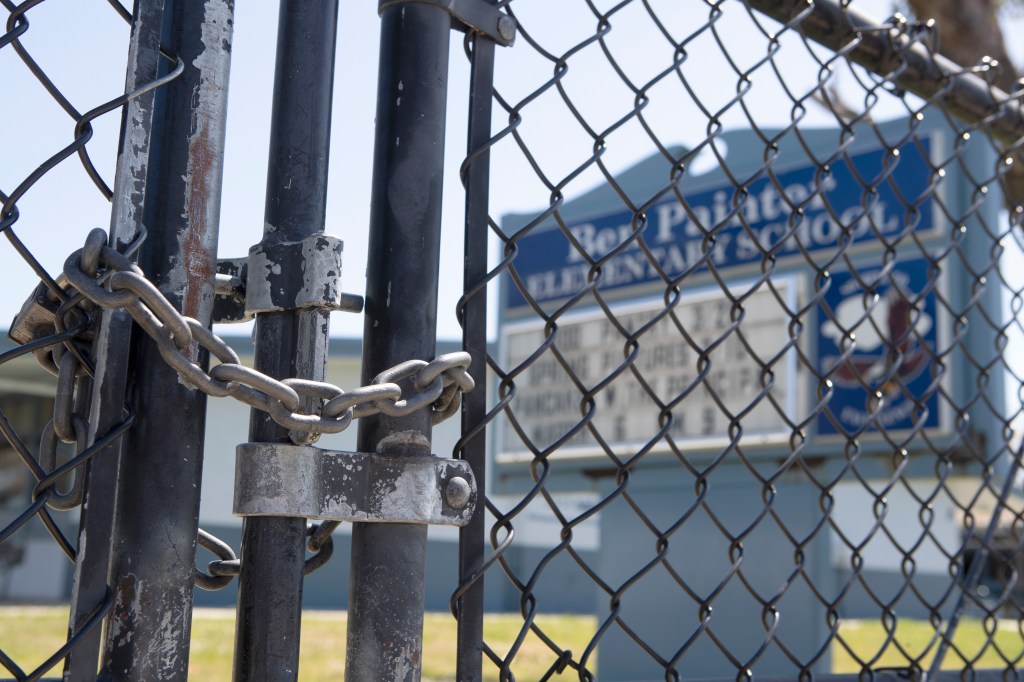 Despite President Donald Trump’s demands that schools reopen for face-to-face instruction this fall, some Bay Area school districts are choosing to resume the distance learning approach that they were forced to adopt this spring after closing.

Two of them, San Jose’s Alum Rock Union and East Side Union high school districts, encompass some of the Santa Clara County ZIP codes most affected by COVID-19. They announced this week that the vast majority of their students will start the 2020-2021 school year in virtual classes from home.

The districts ‘decisions came after months of weighing their students’ health against the obstacles many face at home without uninterrupted access to the Internet and computers.

But they are distinguished from most districts in the Bay Area, which wait to see what their county health orders allow before deciding how to start the new school year in August.

The two districts of San José plan to bring back students with the highest needs, including those in special education, those who are homeless, and those who are new to the United States and who do not speak English. In-person instruction may also be an option for small specialty classes such as art and music, as well as tutoring, mental health, and college application support.

Alum Rock Superintendent Hilaria Bauer estimates that will mean around 600 of its 8,500 students will return to campus.

“Since our community has been greatly affected by the cases, we knew from the beginning that we would have to be very cautious,” Bauer said during an interview on Wednesday. “But especially in the last two weeks, when we saw a peak again, it became clear to us that this was the only way to reopen in Alum Rock safely.”

The East Side Union High School District made its decision after seeing the county’s case counts go up and in response to a district-wide survey and various forums that revealed that nearly half of its staff, students, and parents would not feel comfortable. attending in-person instruction this fall.

Although Superintendent Chris Funk said he acknowledges that there are some families who may have to choose between working and staying home, “he cannot make decisions based on each individual household and their ability to work or not.”

“My number one priority is the health and safety of my staff, students and their families, and then two, providing the best online education for those who will be online,” said Funk.

In an effort to stimulate the economy, President Trump has been adamant in recent days about opening schools for the start of the new school year. On Twitter on Wednesday, he criticized reopening guidelines released by the Centers for Disease Control and Prevention, which include keeping classroom windows open, spacing desks at least 6 feet away, and disinfecting surfaces that are touched by frequency, calling them “very impractical”. Within hours, Vice President Mike Pence announced that the agency will issue new recommendations next week.

In Florida, where cases are rising to record levels, the state education commissioner issued an emergency order Monday that requires all schools there to provide in-person instruction when classes resume in August.

California hasn’t gotten that far, but guidelines published by the state in early June required schools to offer in-person learning to the maximum extent possible, depending on local health orders. Then, about a week ago, Santa Clara County officials released detailed guidance that districts must follow, such as strict social distancing and mask requirements, if they reopen physical classes this fall.

Funk said meeting those guidelines with a student population and class sizes as large as the East Side Union would be impossible. “How do I make a social distance and stay six feet away in 32-1 classrooms? Our classrooms are not big enough, “he said.

Raymond Mueller, the father of a sophomore at East Side Union, said he supports the decision despite the additional challenges it will cause some families and parents working outside the home during the school day.

“I can see that it is definitely a mixed situation here, but I think it is important that we recognize the fact that things are not improving and I prefer that we err on the side of caution and move forward at the same time,” Mueller said.

In the East Bay school districts, Brentwood and Oakley Union announced this week that they, too, will keep students at home. Brentwood Superintendent Dana Eaton said the district’s decision to reopen with full-distance education prioritizes the safety of the district’s nearly 10,000 students and more than 1,000 staff members. It also accounted for the increase in the number of hospitalizations in Contra Costa County, as an increase in cases contributed to the delayed reopening in two weeks.

“[The board] it was difficult for him to say: OK, as a teacher, you will have between 25 and 120 students who will go to your class a day, but after work, it will not be sure that you go out to eat with your family at a restaurant, “Eaton said.

However, most Bay Area school districts are waiting to find out what public health orders they will allow in August.

The San José Unified District, for example, has developed a reopening plan that requires “as many students as possible to return to campus to receive in-person instruction based on health and safety conditions.”

“Whether the learning will be in person or at home will depend on the decisions of our state and local health officials,” said Superintendent Nancy Albarran. “We cannot make any 100% guarantee because we first have to react to health circumstances.”

“Although our plans are still in development, we know that learning on campus will be very different from what we were used to before schools closed in March,” Superintendent Brent Stephens wrote in a statement. “We are seriously treating the risk of COVID-19; there will be fewer students on campus, shorter hours, requirements to cover the faces of students and staff, social distancing and other modifications to the program and facilities. “