Samsung’s top executive gets 30 months in jail for bribery 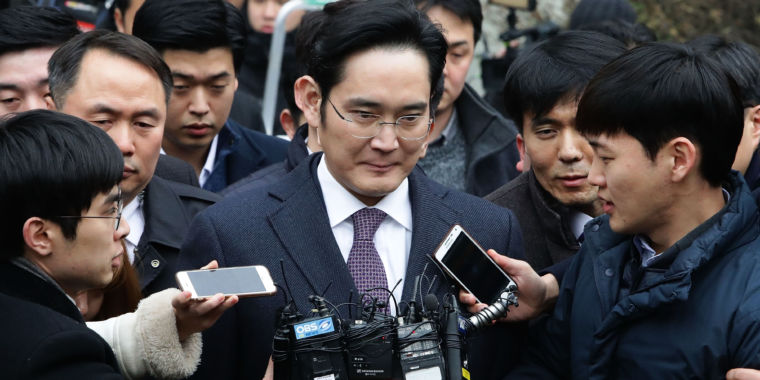 It is back to jail for Samsung leader Lee Jae-yong (aka JY Lee). Lee is embroiled in a legal battle for his role in “Choigat,” a major 2016 South Korean political scandal that led to South Korean President Park Geun-hye being impeached and removed from office. The scandal is named for the president’s supreme aid, Choi Soon-seol, a member of a superhuman cult who was found to have mastered South Korean government policy through the president’s influence. It’s a long story, but Choi was sentenced to 20 years in prison for the impact, and Park was sentenced to 25 years in prison.

The mess includes allegations on Samsung’s part that Lee bribed Choi for favorable decisions related to the merger of the two Samsung affiliates. In 2017, Lee was sentenced to five years in 2017 after being found guilty on charges of bribery, embezzlement, capital flight, and injury. Six months after his sentence, an appeals court cut Lee’s sentence in half and suspended bribery and embezzlement charges. Lee was released from prison while the appeals process continued. The case wound up all the way to the Supreme Court of South Korea, which in 2019, ordered a revival.

Today’s ruling sentenced Lee to 30 months in prison, and after already serving one year, Samsung’s leader should spend the next year with half and half bars.

“Samsung is above the law”

Lee’s initial sentence and sentence for Samsung officials accused of crimes in South Korea have been a constant whistle of punishment. Samsung is so big that it makes anywhere from 10 to 20 percent of South Korea’s GDP on a yearly basis, so there are fears that the company will hurt South Korea’s economy. Lee’s recently deceased father and Samsung Group President Lee Kun-hee was convicted in 1996 in bribery and 2009 tax evasion cases, but was never arrested nor served in prison. Later, his criminal record was erased by the presidential people. As Lee’s sentence was reduced in 2018, a National Assembly member put it, “We once again confirmed that Samsung is above the law and the court.”

Bloomberg’s report on the sentence gives us an idea of ​​how South Korea’s “pro-Samsung” faction feels about the court’s decision. The report quotes Shin Si-don, an emerging professor of economics at Sukimang Women’s University: “Lee may be able to manage the company from prison, but there will be some setback. Lee’s going to jail will give people an emotional shock. Samsung is the backbone of our economy and people will be worried about the result. “

The Samsung Group is currently undergoing a major transition following the death of Lee’s father, Samsung Chairman Lee Kun-hee. Lee Jae-yong has been the de facto leader of Samsung after Lee Kun-hee was hospitalized after suffering a heart attack in 2014. Now Lee Jae-yong will have to climb right from “vice-chairman” to official Samsung president and deal with the financial challenge of paying South Korea’s 50 percent property tax on the Samsung Empire. Bloomberg reported that there is a “possibility” of delaying the transition until Lee comes out of prison.