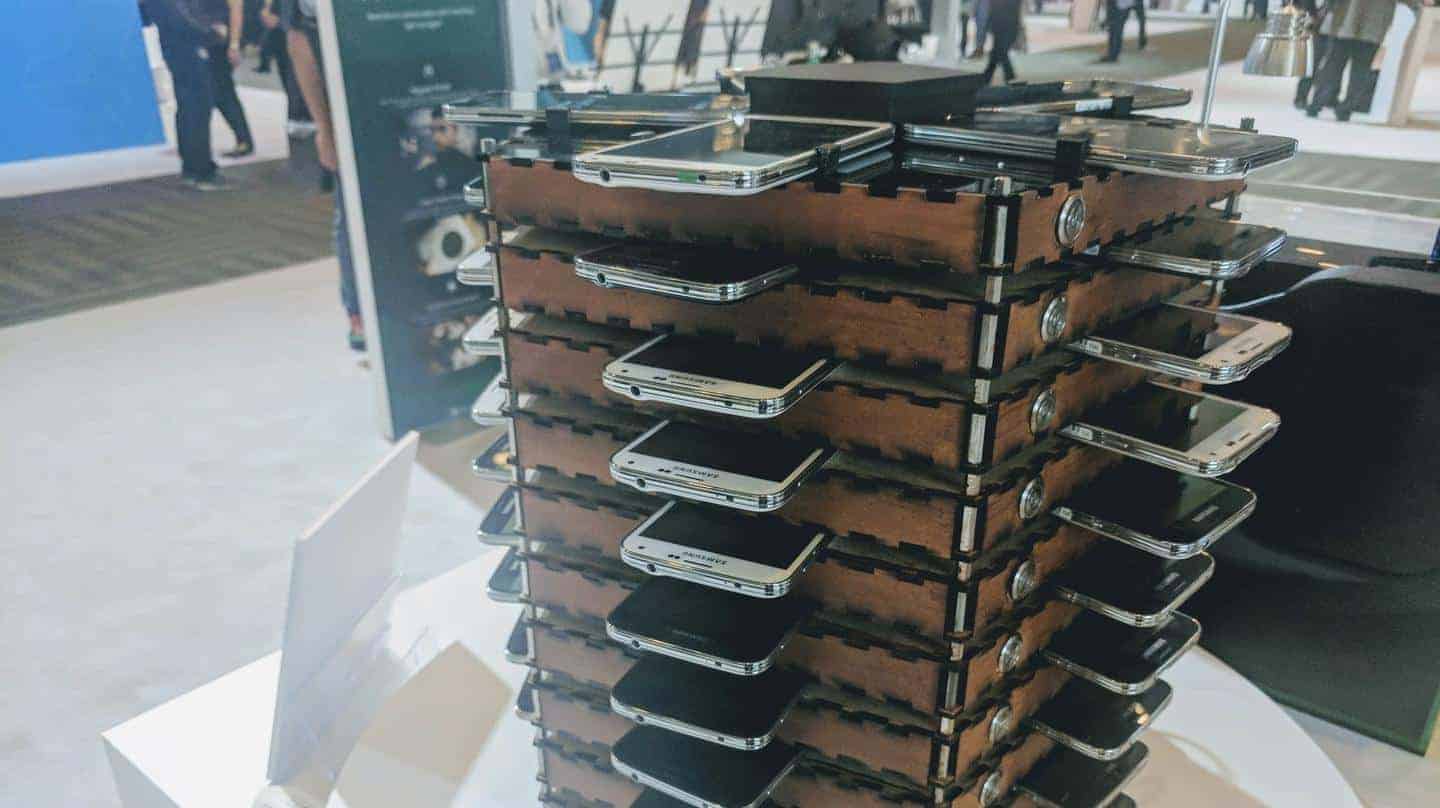 Samsung recently launched a new “Upcycling” initiative meant to breathe new life into its older Android smartphones that are still relatively capable computational machines and can address a number of people’s everyday needs despite being more than a few years old, with one of the first results of the program being a Bitcoin mining rig made of a number of old Galaxy S5 units. The Upcycling project was designed and executed by Samsung’s C-Lab, with some of its related inventions being showcased at the latest iteration of the tech giant’s developer conference held in San Francisco from October 18th to 19th. The Bitcoin mining rig was presented as being much more efficient than a traditional desktop computer, with Samsung’s spec sheet displayed at its conference booth noting how eight Galaxy S5 units are better at mining the most popular cryptocurrency on the planet than a computer equipped with an Intel Core i7 2600 processor. That still doesn’t make them particularly efficient, with this particular CPU being six years old now and desktops in general not being the best way to mine Bitcoin, though the creation isn’t meant to be extremely profitable as much as it’s intended to show the value of repurposing consumer electronics.

The 40 Galaxy S5 units powering the rig weren’t running any version of Android but a proprietary operating system, with another Samsung-made tablet showcased at the conference also being cleaned of Google’s OS and running Ubuntu, having been repackaged into a low-end laptop. The gallery below shows some other repurposing use cases that Samsung’s C-Lab came up with recorded by iFixit CEO Kyle Wiens, including an old Galaxy S3 set up as a fish tank monitor and an owl-shaped facial recognition solution for households.

The initiative itself is soon set to be open-sourced and provide all of its knowledge to tinkerers and independent developers free of charge. No specific time frame for the availability of the project has yet been provided by the South Korean tech firm but more details on the matter will presumably follow no later than next year. Apart from generating some additional publicity for the company, the Upcycling program is also described as being eco-friendly and conducive to general creativity. 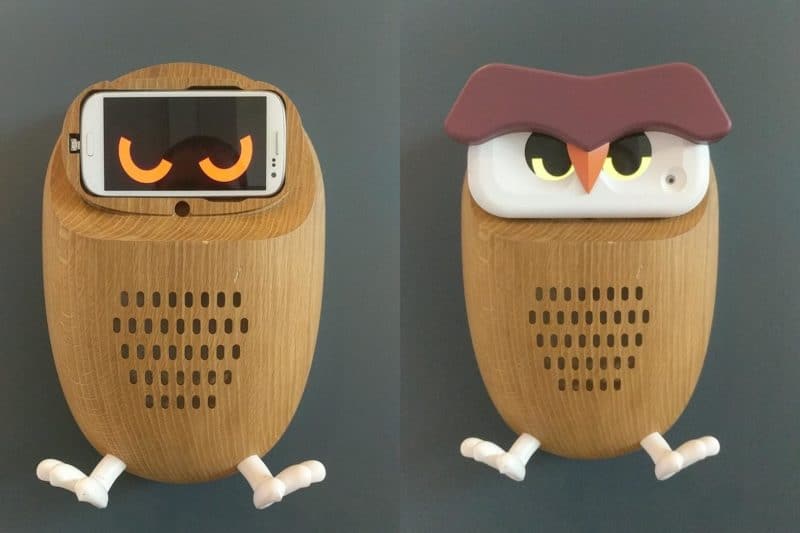 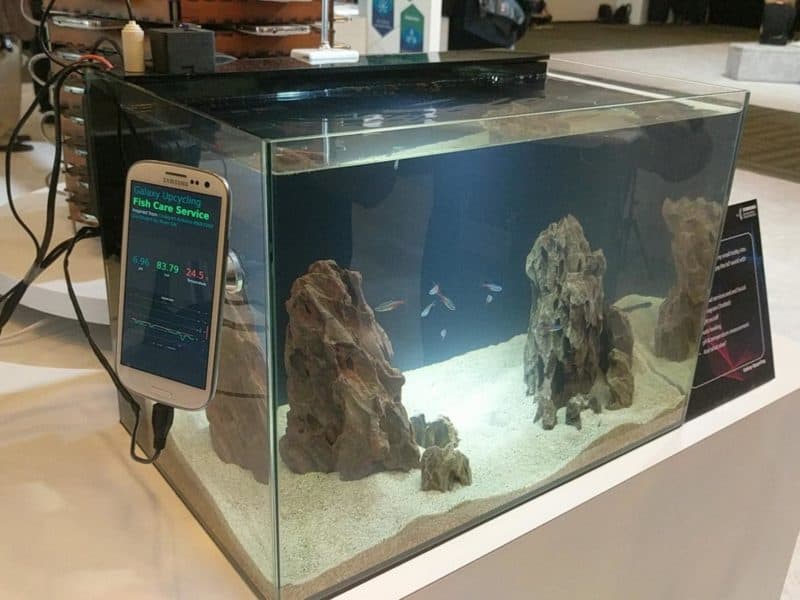