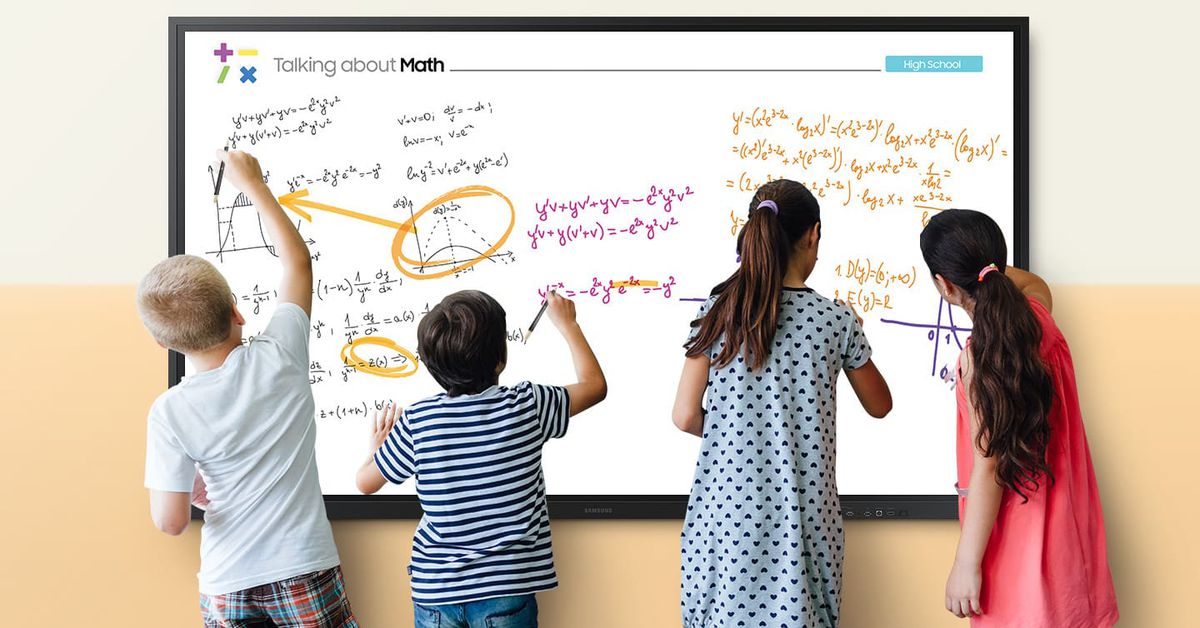 Samsung would like you to believe that its new 85-inch interactive display can bridge the gap between students in the classroom and students studying at home, now mixed-learning is the new norm across the country. In reality, it’s just a slightly larger digital whiteboard – but assuming it doesn’t cost too much, the tweaked vision makes it sound tricky.

Now that COVID-19 has devastated the country, some students are staring at small Chromebook screens at home, while others remain in the classroom, and Samsung’s Internet-connected digital whiteboard has allowed students and teachers to collaborate with each other. Promised to do, whether they are in it, drawing the class on the board or connecting it in real time from their laptop at home. The goal here is not necessarily to connect everyone better – they had a few months to handle that on the zoom – rather that everyone can be given the opportunity to collaborate that way when they are together Students are different.

While the interactive display is mostly a larger version of Samsung’s current Flip 2 digital whiteboard, the 85-inch size means it is as large as the actual school whiteboard (although it weighs in excess of 164 pounds). Compared to previous 55- and 65-inch models, more students could theoretically use the board at once. Samsung envisions a display mounted predominantly in a classroom where they can use their 4K touchscreen and write and draw four pens (it comes with two); It supports up to 20 fingers (and pen tips) simultaneously. Teachers may be able to hook up multiple computers or other video sources, even with two HDMI 2.0 ports compared to one on Flip 2.

But before you petition your school for one, it is worth noting that the device has no declared cost. The 65-inch Flip 2 comes in at $ 2,599.00, and Samsung’s 85-inch TV starts at $ 1,799.99, so it probably won’t cost too much compared to an interactive display? Nevertheless, most schools are more constrained during the epidemic than they normally are, and this screen is not bundled with some of Samsung’s education software. I think it would be great to use them in schools, but to me, Samsung’s framing for interactive displays seems a bit more opportunistic than realistic.