While Samsung reported record profits today in Korea, one has to remember the context that exiting Yoon Boo-keun, president and CEO of the consumer electronics division of Samsung Electronics put the positive profits in back on October 13: “the company is facing a grave situation despite making record earnings. Record earnings are based on investment made in the past. But we are still struggling to find the next growth engine for the future.”

Today’s announcement on profits also came with the news of three new CEOs that will push Samsung forward. Kim Ki-nam, president of the device solution division, in charge of chip and display businesses, as CEO of the same unit. Kim Hyun-suk, president of visual display team, was named chief of the consumer electronics division, while Koh Dong-jin, president of the mobile division, will become chief executive of the handset unit. The new appointments are effective immediately.

In a second report today we learn that Samsung stated that “For 2018, the company expects earnings to grow primarily from the component businesses, as conditions in the memory market are likely to remain favorable and the company expects increased sales of flexible OLED panels,” the South Korean tech giant said in a statement.

Obviously the second year of the Apple contract continues as Apple intends to extend the use of OLED displays to other iPhone models.

The report also noted that “Samsung is on track for record full-year profit, with badysts forecasting even better fourth-quarter on strong memory chip prices and organic light-emitting diode (OLED) screen sales for Apple Inc’s iPhone X.” With iPhone X pre-orders being off the charts, Samsung gets to profit from every iPhone X sold.

In a third report today we learn that “Samsung Electronics is set to almost double its capital investments, mainly in the semiconductor business, to meet rising demand for memory chips and exploit the “super cycle” in the sector.” 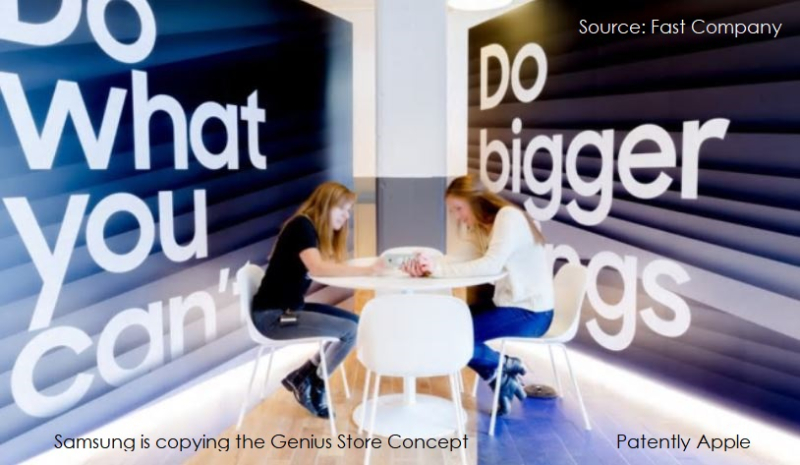 And lastly, Samsung is preparing to copy Apple Store’s Genius Bar concept that Apple’s late CEO introduced himself in 2001. The Genius Bar is explained by Jobs starting around the 3:00 minute mark of the video below.

The VP of design at Samsung Electronics America told Fast Company of his intention to better Apple’s Genius Bar. Of course to make his point he had to say that his experience with the Genius Bar was negative and that’s what drove him to better Apple’s idea. The thing is, this so-called Samsung design genius, simply uses another service instead of bringing it into Samsung Stores. So what’s so smart about that? Secondly, if he was at the Genius Bar, he or his wife own an Apple product. Could that be any funnier?

The report further noted that “This month, Samsung is partnering with the coworking startup WeWork to try a quietly radical new approach to customer service. Samsung is opening three pilot service centers, which it dubs ‘care centers,’ in WeWork locations in Detroit, Miami, and Williamsburg, New York. The idea is this: Any Samsung customer can go to get help with any of their products at a care center. But while they wait, they’re not just pacing around a store. They can actually take full advantage of the WeWork space, getting work done while drinking fresh coffee or fruit-infused water.

‘Service is a hbadle. I know I’m going to have to take time out of my day to do it,’ says McConnell. ‘The concept was, if I take time out of my day, at least I can sit in a conference room, make phone calls, and do work, as opposed to sitting in a busy room with a bunch of angry people.’ You could learn more about this development here.

Patently Apple Xtra News covers interesting news and patents about present or future competitor products, concepts or services that may or may not compete with Apple. Patently Xtra is also used to cover editorial and/or opinion articles. About Making Comments on our Site: Patently Apple reserves the right to post, dismiss or edit any comments. Those using abusive language or negative behavior will result in being blacklisted on Disqus. 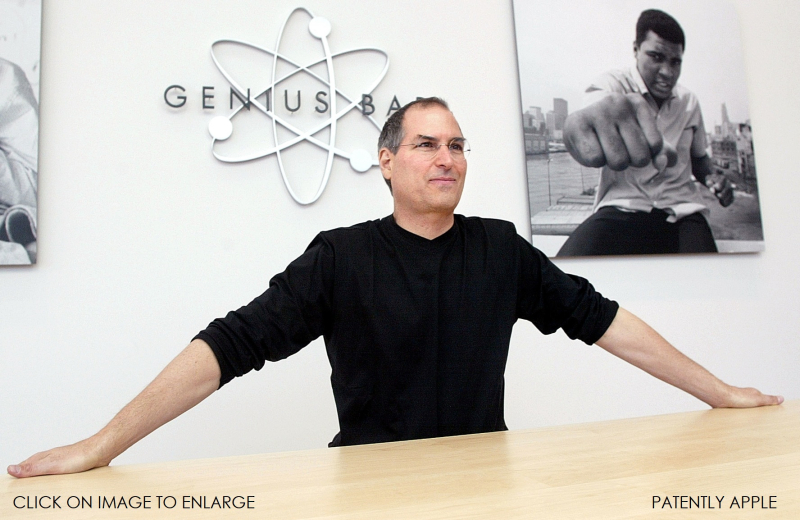