Samsung Galaxy S9, Galaxy S9 + Go on sale for the first time in India today: Everything you need to know

March 16, 2018 Others Comments Off on Samsung Galaxy S9, Galaxy S9 + Go on sale for the first time in India today: Everything you need to know 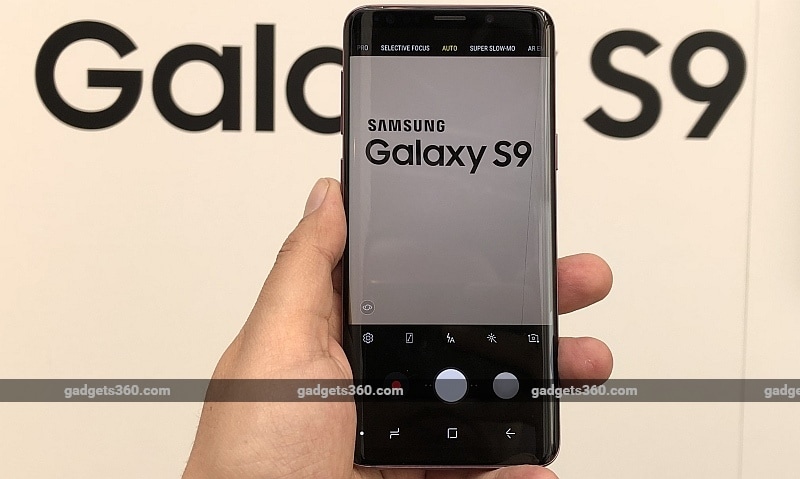 The launch offers for Galaxy S9 and Galaxy S9 + include Rs. 6,000 cashback for HDFC debit and credit card users, as well as an Rs. 6,000 cashback at the Paytm Mall in purchases made online and offline. Samsung is also offering an additional Rs. 6,000 discount on the exchange of a previous Samsung smartphone.

Other launch offers for Samsung Galaxy S9 and Galaxy S9 + include one of Airtel: you can buy the Galaxy S9 or Galaxy S9 + with an Rs. 9.900 advance, and then pay Rs. 2,499 per month for 24 months, while obtaining 2 TB of data in the period. Buyers can also take advantage of an offer of Double Data & # 39; in the popular Infinity Postpaid plans by Airtel. With Infinity 499, users get 80 GB of data, unlimited calls and a one-year Amazon Prime membership worth Rs. 999. With Infinity 799, users get 120 GB of data, unlimited calls, an Amazon Prime membership for one year and a free connection for children. Both plans also offer free subscription to Airtel TV and Wynk Music.

Galaxy S9 and S9 + users in Jio get an exclusive offer of 1 Terabyte of high-speed 4G data with unlimited voice and SMS for one year worth Rs. 15,000 to only Rs. 4,999. In addition, users are entitled to complimentary Jio Prime membership as part of this offer. Users who are new or existing customers of Vodafone will get a free subscription to Netflix for one year in Vodafone Network plans that start at Rs. 999 until April 30, 2018. In addition, prepaid users who recharge with Rs. 199 get an unlimited amount of voice and 1.4 GB per day and 10 GB of additional data each month for their next 10 reloads.

Samsung Galaxy S9 and Galaxy S9 + offer the AR Emoji function, which is the company's response to Apple's Animoji with some changes. AR Emoji are virtual avatars, which allows users to become a personalized emoji. These emoji can be shared through the keyboard application in any application and regardless of the recipient's phone. Both smartphones also feature Bixby Vision in the camera app, which offers live translation features, scene and building recognition, and a calorie counter.

The Galaxy S9 also features dual speakers tuned by AKG Acoustics, as well as Dolby Atmos surround sound. Both smartphones also offer slow motion video recording at 960 fps. Meanwhile, the double-opening configuration on the Galaxy S9 + offers some additional features, since the primary sensor of the rear camera is capable of shooting at f / 2.4 when there is a lot of light, but it can change to f / 1.5 when the phone detects little light conditions.

The Samsung Galaxy S9 and the Galaxy S9 + are powered by the Samsung Exynos 9810 SoC in India. You also get the Android Oreo experience and the IP68 water + dust resistance. Connectivity options include Gigabit LTE, 802.11ac dual-band Wi-Fi, USB Type-C, Bluetooth 5.0 and, yes, the 3.5mm headphone jack. Both phones have an identical 8-megapixel autofocus front camera sensor f / 1.7 and come with a microSD slot with support for cards up to 400 GB in capacity.

Affiliate links can be generated automatically. See our ethics statement for more information.