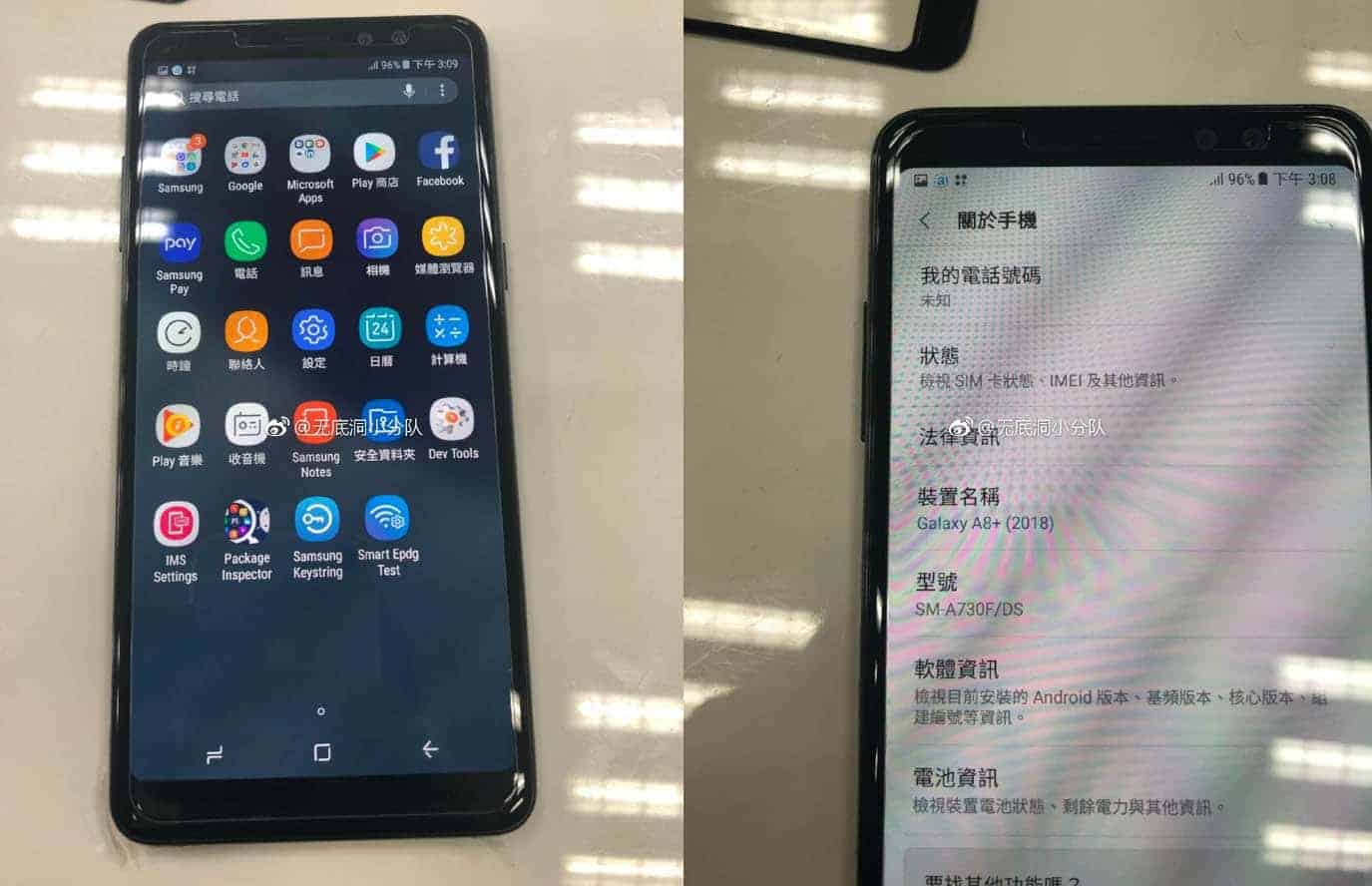 The two photographs that can be seen above show a relatively non-bezel phone that seems to take advantage of Samsung's Infinity Display panel with a high aspect ratio of 18.5: 9. The most expensive member of the next mid-range family will carry the model number SM-A730F, suggests the leak. Unlike Samsung's premium offerings, the Infinity display of the supposed Galaxy A8 Plus does not fit the long edges of the phone and seems to be more similar to the Super AMOLED flat panel found in the Galaxy S8 Active. A dual front camera configuration also seems to be part of the package, with the device without a physical Start button.

Regardless of its official nickname, the top member of the Galaxy A series (2018) is expected to be available in limited territories, with Samsung now looking to streamline its mid-range offers and employ a more focused product launch strategy. adapted to individual markets, according to recent reports. It is rumored that the South Korean technology giant will only make the Galaxy A8 Plus (2018) available in Germany, Poland and Russia as far as Europe is concerned, while most Asian markets may also miss this particular model and receive the new Galaxy C -series phones. The Galaxy A lineup (2018) can only include two models instead of the traditional trio of devices, experts said this week, suggesting that the Galaxy A3 (2018) might not exist. Samsung's upcoming Android smartphones should be launched in early 2018 and start commercializing in late winter.