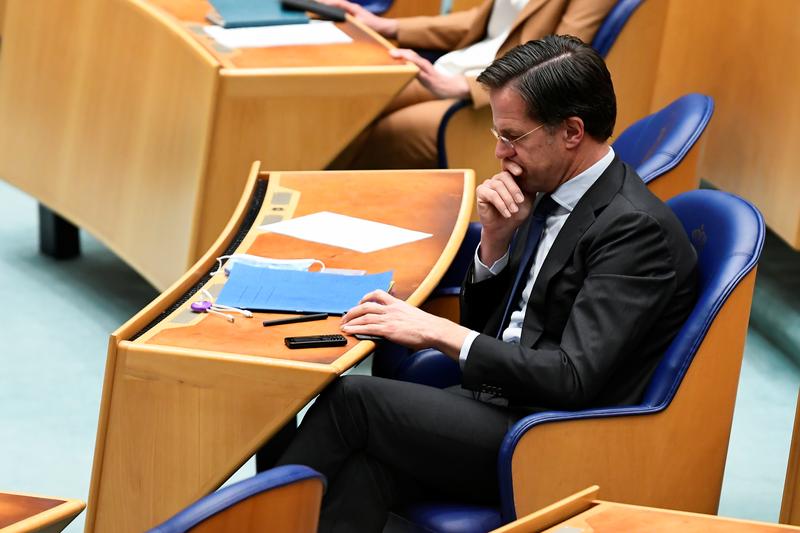 AMSTERDAM (Reuters) – Dutch Prime Minister Mark Rutte’s prospects of forming a new government faded on Saturday as a coalition partner seen as vital to securing a parliamentary majority ruled out joining a new administration led by him.

Rutte narrowly survived a vote of no confidence on Friday after parliament passed a motion disapproving of his behavior during talks about forming a new government.

But ChristenUnie frontman Gert Jan Segers, in an interview with the Nederlands Dagblad newspaper, said: “We don’t want to go back to ‘business as usual’. We cannot be part of a fourth Rutte government ”.

ChristenUnie has been one of four parties in government led by Rutte’s conservative VVD party since 2017.

Rutte, in office since 2010 and often an influential figure in the European Union, was the decisive winner in the general election two weeks ago.

But he only narrowly survived the no-confidence vote, which accused him of failing to speak the truth about the suggestions he made about the possible future of a critical lawmaker from another party.

All parties outside of his coalition voted in favor of his removal immediately.

That seemed to have left the current coalition the only viable option for Rutte to form his fourth consecutive government, until Segers’ move on Saturday blocked that path.

Rutte, who has remained acting prime minister, said on Friday that he had not given up hope of forming a new government, as he expected training talks to resume in the coming weeks.

Parliament will appoint an independent official next week to map out ways to move the government formation process forward again.

An opinion poll published after the no-confidence vote debate showed that Rutte’s support among the general public had dropped to 25%, from 54% the previous week.