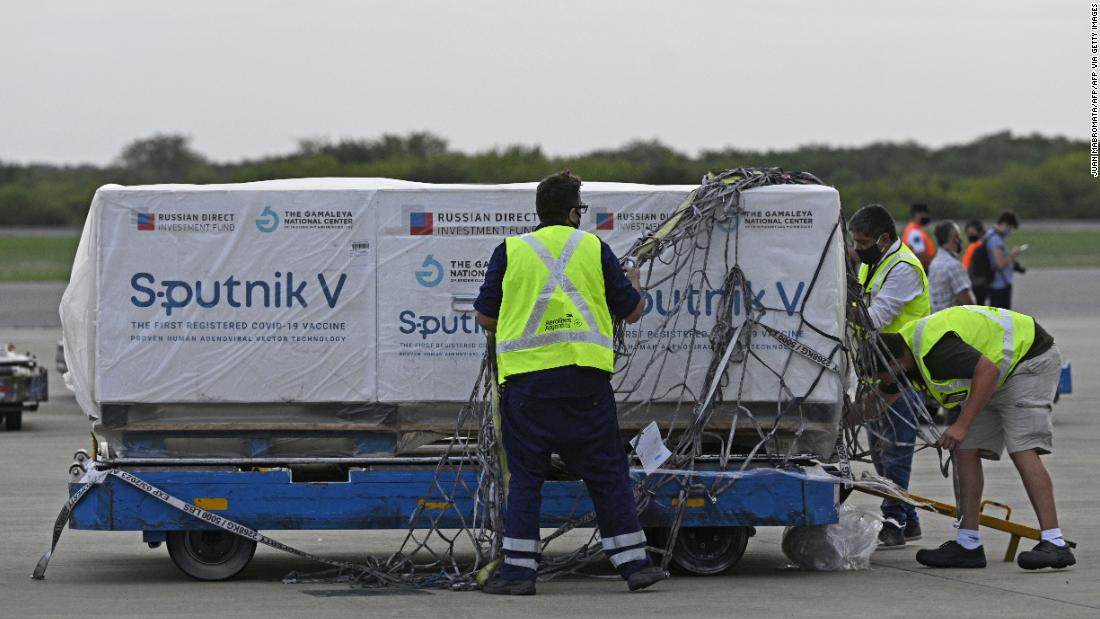 The vaccine has been approved in 39 countries around the world, according to the Russian Direct Investment Fund (RDIF), which is responsible for marketing the vaccine.

The Sputnik V vaccine has a cheaper list price and can be stored at higher temperatures than the Pfizer vaccine, which has made it attractive to Latin American countries with less developed economies and infrastructure. It requires two doses taken 21 days apart to be effective.

Argentina became the first Latin American country to distribute the Sputnik V vaccine in late December, with the purchase of up to 25 million doses. The country has already distributed more than 600,000 doses.

Since then, Venezuela and Mexico received shipments of 100,000 and 200,000, respectively, in early February. Nicaragua began distributing the vaccine on March 2 after receiving a donation of an undisclosed number of doses.

As Russia struggles to keep up with demand, some countries have only received very small shipments. Bolivia received 20,000 doses of Sputnik V in January, although it is waiting long enough to vaccinate 2.6 million people. Paraguay announced the purchase of one million doses, but so far it has only received 4,000.

Russia has acknowledged the contraction in production and has considered launching regional production centers in several countries, including Brazil, according to Kremlin spokesman Dmitry Peskov.

Some interest has been expressed in producing the Sputnik V vaccine locally in Latin America. The RDIF recently announced an agreement with the Richmond Laboratories of Argentina to begin producing the vaccine in the country, although it has not yet provided a deadline for delivery.

Experts have repeatedly raised concerns about transparency around Sputnik testing and its accelerated clearance in Russia. However, in an interim analysis of Phase 3 vaccine trial results published in The Lancet, the vaccine was found to be 91.6% effective against symptomatic Covid-19 and 100% effective against severe and moderate illnesses.

Report contributed by Mitchell McCluskey in Atlanta, Stefano Pozzebon in Bogotá, Tatiana Arias in Atlanta and Tim Lister in Spain.