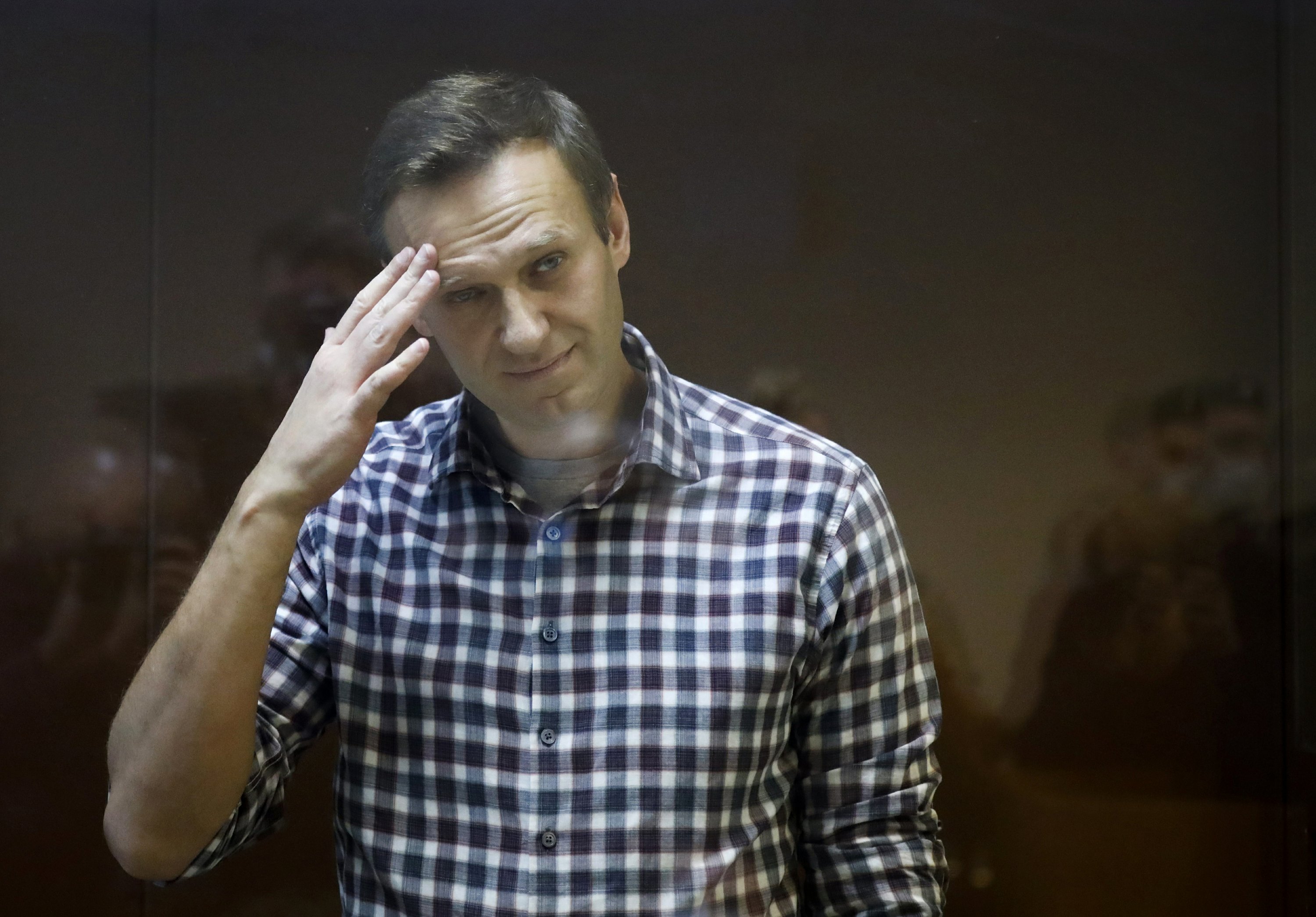 MOSCOW (AP) – Russian opposition leader Alexei Navalny has accused prison authorities of failing to provide adequate treatment for his back pain and leg problems, saying in a letter published Thursday that his physical condition has worsened in prison and now has trouble walking.

Navalny blamed his health problems on prison officials who failed to provide him with adequate medications and refused to allow his doctor to visit him behind bars. He also complained in a second letter that the hourly checks a guard makes at night amounted to torture for sleep deprivation.

Copies of his letters to prison officials and Russia’s chief prosecutor were posted on Navalny’s website.

Navalny, 44, who is President Vladimir Putin’s most outspoken opponent, was arrested on January 17 upon his return from Germany, where he spent five months recovering from nerve agent poisoning that he blames the Kremlin. The Russian authorities have rejected the accusation.

Last month, Navalny was sentenced to two and a half years in prison for violating the terms of his probation while convalescing in Germany. The ruling stems from a 2014 embezzlement conviction that Navalny has rejected as fabricated and that the European Court of Human Rights has ruled illegal.

“My condition has worsened. I feel a sharp pain in my right leg and numbness in the lower part, ”Navalny wrote in the letter. “I have trouble walking.”

He said authorities had given him standard pain pills and ointments, but he refused to accept the medications previously prescribed by his doctor.

He accused prison officials of harming his health by “deliberate denial of proper medical care.”

Russia’s Federal Prison Service said early Thursday that Navalny had undergone medical checks the day before, describing his condition as “stable and satisfactory.”

But Navalny’s lawyer, Olga Mikhailova, said on Thursday after visiting him in prison that “his right leg is in very bad shape.”

Mikhailova said on Dozhd TV that Navalny was taken to a hospital outside his prison on Wednesday for an MRI scan, but was not given the results.

She said Navalny had been experiencing back pain for four weeks, but prison officials also did not allow her doctor to visit. The lawyer argued that the authorities should transfer Navalny to Moscow so that he could receive better treatment.

Navalny’s wife, Yulia, said on Instagram that she doesn’t trust the prison doctors, and asked authorities to allow doctors who trust her and her husband to see him. He said prison authorities refused to accept a note from Navalny’s doctor prescribing some exercises to ease his back pain.

She denounced the treatment her husband received in prison as part of Putin’s “personal revenge”.

Putin’s spokesman Dmitry Peskov told reporters that the Kremlin was not following Navalny’s condition and referred the questions to the prison service.

Earlier this month, Navalny was transferred to a penal colony in Pokrov, in the Vladimir region, 85 kilometers (53 miles) east of Moscow. The facility stands out among Russian prisons for its particularly strict regime that includes routines such as standing at attention for hours.

In a note earlier this month, Navalny described the prison, IK-2, as a “friendly concentration camp.” He said he had not seen “even a hint of violence” there, but lived under controls that he compared to George Orwell’s “Nineteen Eighty-Four.”

Navalny, who prison authorities had previously flagged as a flight risk, said he was subject to particularly close supervision, which included a guard waking him up every hour at night and recording him to prove he was at the required location. .

He complained about the practice in a separate letter to the head of the prison service and the senior prosecutor who was also released on Thursday, saying the hourly checks amount to “torture for sleep deprivation.”

Navalny’s arrest in January sparked a wave of protests that drew tens of thousands of participants across Russia. Authorities detained some 11,000 people, many of whom were fined or sentenced to prison terms of seven to 15 days.

Navalny’s associates earlier this week called for another mass protest across the country to demand his release from prison. They urged Russians to sign up for a protest on an interactive map and said they would set a date for the number of people willing to participate to reach at least 500,000 across the country.

More than 250,000 have signed up to a dedicated website since it opened on Tuesday.

Russian officials have rejected demands by the United States and the European Union to release Navalny and stop the crackdown on his supporters.