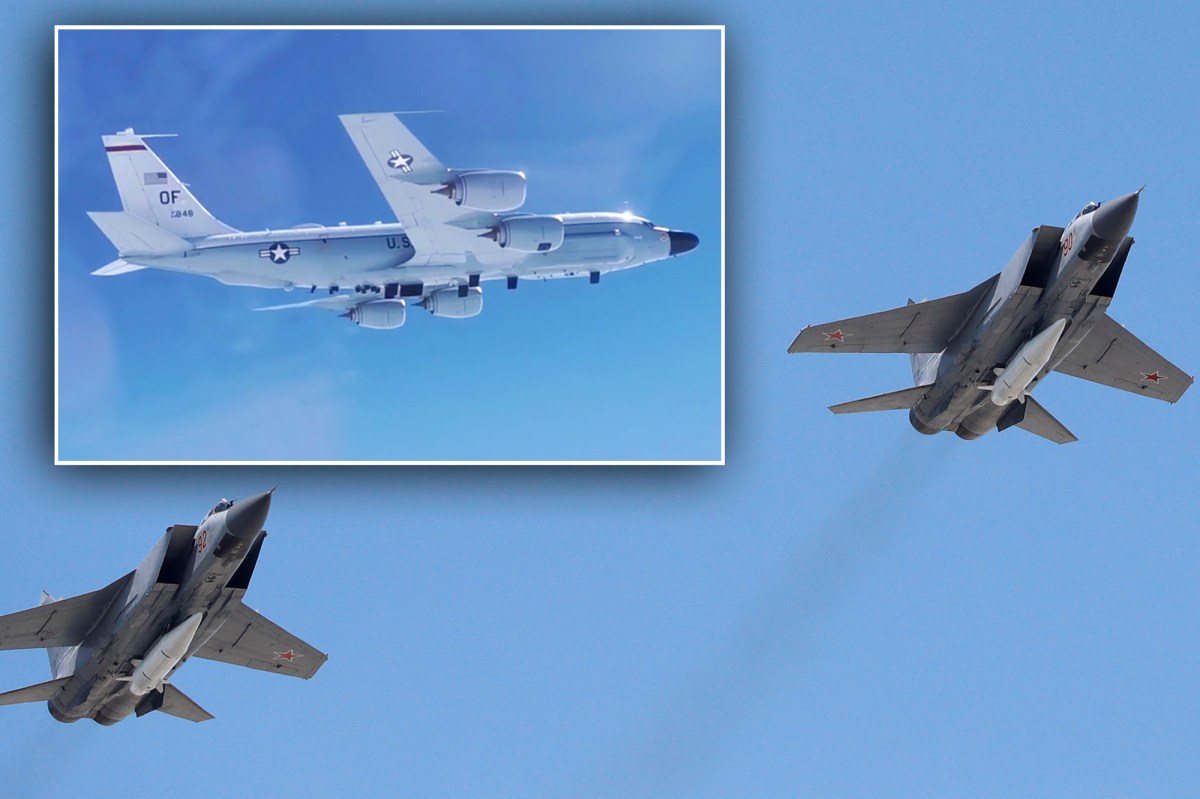 A Russian fighter jet escorted a US reconnaissance plane over the Pacific Ocean, the Russian Defense Ministry said on Friday, as tensions between Moscow and Washington mounted.

Tass, a Russian news agency, reported that ministry officials spotted a US RC-135 reconnaissance plane over the Pacific along the southeastern coast of the 777-mile Kamchatka Peninsula on Russia’s eastern border.

“A MiG-31 fighter jet was taken out of an airfield in the Kamchatka region to identify and escort the plane,” the statement from the Russian Defense Ministry said. “The crew identified it as a US RC-135 reconnaissance aircraft.”

The Russian fighter jet then returned to its local airfield after diverting the American plane from the Russian border, Tass reported.

“The Defense Ministry said that the flight of the Russian fighter plane was carried out in strict compliance with international rules for the use of airspace,” the outlet added.

Meanwhile, the US Department of Defense is investigating the encounter, Fox News reported Friday.

The on-air encounter comes just one day after the Biden administration imposed new sanctions against several Russian officials and companies, as well as the expulsion of 10 Russian diplomats.

The broad measures are intended to punish Russia for SolarWinds’ attack on federal agencies and the country’s efforts to meddle in the US elections, which Russia has denied.

In a call with Russian President Vladimir Putin on Tuesday, President Biden also raised the idea of ​​a summit in person in the coming months.

Meanwhile, Russia’s Foreign Ministry warned of “inevitable” retaliation, saying “Washington should realize that it will have to pay the price for the degradation of bilateral relations.”

Russia had also warned the United States on Tuesday to stay away from the Black Sea “for its own good” after the Biden administration said it planned to send two destroyers to the region in response to Moscow’s growing military presence near Ukraine.