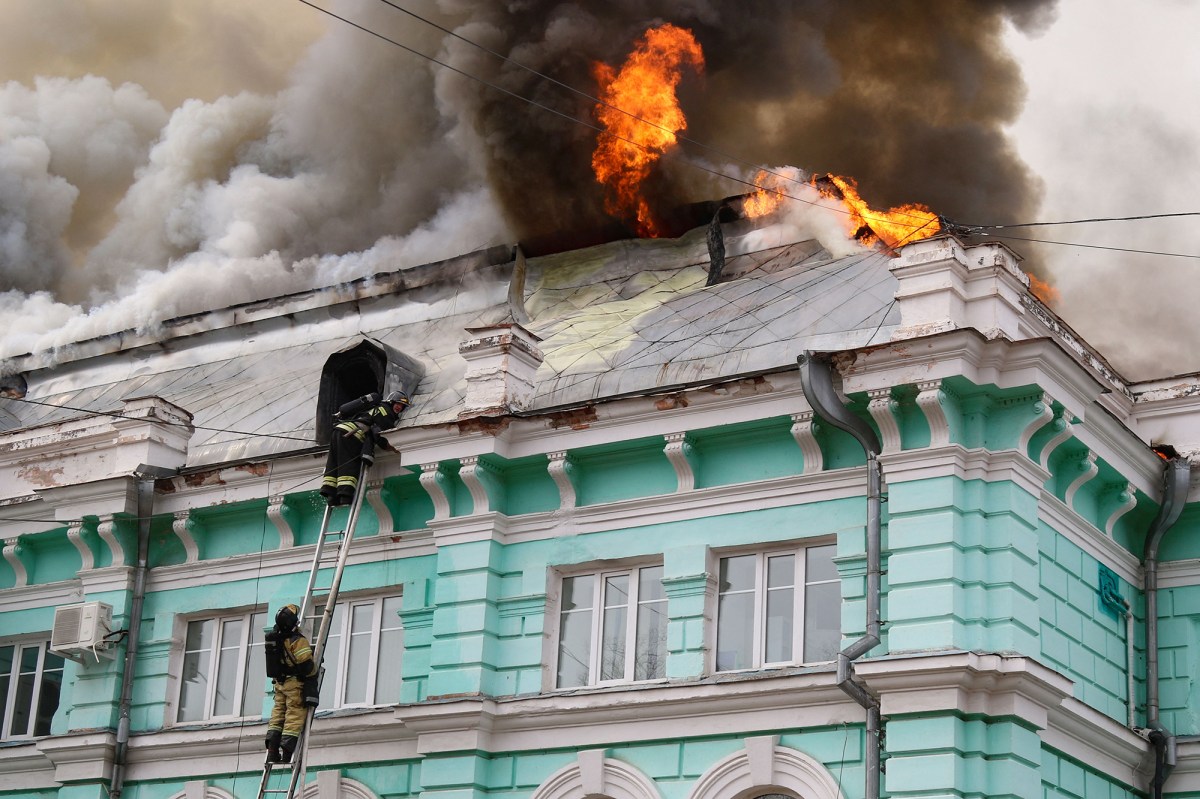 They sure can take the heat.

A team of Russian doctors completed open heart surgery, even as flames consumed their hospital.

The eight doctors and nurses stayed to finish the procedure after a fire broke out on the roof of the clinic in the Far Eastern city of Blagoveshchensk on Friday.

“There is nothing else we can do. We had to save the person, “surgeon Valentin Filatov told Russian network REN TV.

“We did everything at the highest level.”

Firefighters, who took more than two hours to put out the fire, said they used fans to keep the smoke out of the operating room and put in a power cord to keep it powered.

The surgery also took about two hours to complete, before the patient was transferred to another hospital, the country’s Emergency Ministry said.

About 128 people were evacuated immediately after the fire started.

“The clinic was built more than a century ago, in 1907, and the fire spread like lightning through the wooden roofs of the roof,” the ministry said.