The showman gave a candid interview in which he talked about the current relationship with the wife of 64 years. 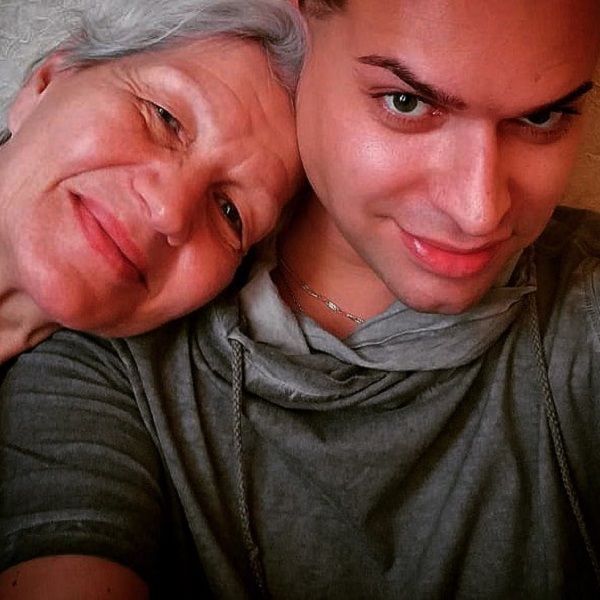 Gauguin Solntsev, 38, and Ekaterina Tereshkovich, 64, were married on April 12, 2018, which attracted everyone's attention. At first, the newlyweds did not hesitate to comment publicly on his novel, and then they gave the press, the fans and especially the new motives, new reasons for the discussion. It all started with the fact that Catherine radically changed her appearance with the help of plastic surgery: the pensioner removed the wrinkles from her eyes and nasolabial folds, shortened her nose, raised her eyebrows and made plastic ears. In addition, the woman renewed her wardrobe, using the services of a stylist, changed her hair and began using bright makeup. After the transformation, Tereshkovich's self-esteem rose to the heavens and young boyfriends only added fuel to the fire. As a result, Catherine quarreled with her husband and left home for three weeks. The trial of the spouses took place only at the beginning of 2019. Then, the couple asked for help from a family psychologist. On the state of affairs in his family at the time Gauguin said in a candid interview. In addition, he shared the details of intimate life with his wife.

"I do not complain about sex. Although I can not say that everything happens as bright as in the first months of our meeting. The feelings are a bit dull. But I'm still afraid to offer Kate to diversify her sex life by inviting the second girl to bed. Despite her scandalous behavior, I think it will be too much for her, "she shared the thoughts of the Suns, who also shared that Catherine -"She is also a "grandmother by the name of need", who when she was young, did not manage to enjoy all the colors of life in bed, so she now makes up for the lost time.

However, despite the activity of Tereshkovich, Gauguin does not exclude that in the near future she may be a widow. The fact is that the pensioner seriously intends to increase her breasts. While doctors forbid it, because a woman may simply not survive the second anesthetic. "I consulted with doctors, they forbid this for health reasons. They say in simple text: "Go to the next world, because you can not bear the second anesthesia!" They only give the fifteen percent who will rise and not die on the operating table. But that does not scare her, she thinks she will survive, "the 38-year-old artist complained.

Gauguin also said that due to Catherine's new appearance she was the victim of an attack. The incident occurred the other day when Tereshkovich went to a regular supermarket to buy groceries. There, three young people attached to a popular retiree. They surrounded an old woman and began pulling on her hair, trying to see if the wig was on her or not. Fortunately, everything was resolved safely: other visitors came to the victim's aid. Now Suns intends to hire bodyguards for his wife and himself. After all, he himself often also becomes the object of attacks by inadequate people, as he believes, he told the showman to the Interlocutor.

Recall that the lack of confidence of Gauguin and Yekaterina made so much noise that one of the viewers of the television created a petition in which the president was asked to demand the termination by force of the marriage of the couple. Upon learning of this, the Suns became enraged. "What nonsense, sick people, heal, take care, do not get involved, # nonsense, #change, #change, # just that everyone was good enough," he wrote on Instagram. However, it has nothing to worry about: during the month of its existence, only 19 people signed it.

Gauguin Solntsev, 37 years old, after the wife of 63 years decided on plastic surgery

A 38-year-old Gauguin Suns is concerned that his 64-year-old wife does not survive breast augmentation surgery.

The queen showed her panties and a bra :: Showbiz

On Valentine's Day, Victoria Lopyreva organized a romantic dinner for her daughter's father.

Vitorgan admitted that he is gay

Borodina "brings and offends" the children for the resentment of walking Omarov – network: Show Business: VladTime

Photo of the daughter of Alena Rapunzel.

Ksenia Borodina decided to go to the Pugacheva concert, seeing the price of the tickets.

Powered by https://tech2.org/russia | Designed by Tech2
© Copyright 2019, All Rights Reserved