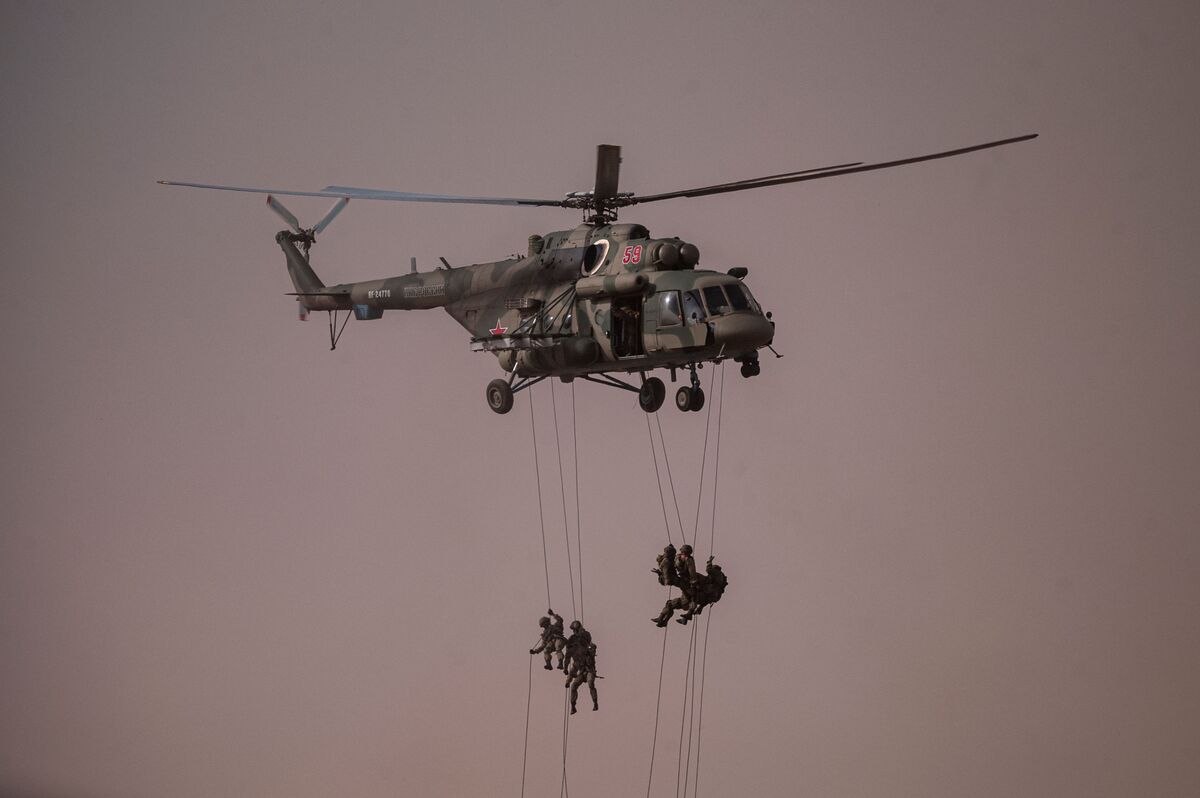 Russia announced the start of massive military exercises, increasing tensions with neighboring Ukraine amid Western concerns about the risk of resuming fighting.

Ukrainian President Volodymyr Zelenskiy on Tuesday reiterated his country’s desire to join the North Atlantic Treaty Organization to protect itself against Russia, saying that membership is “the only way to end the war” in the east. from Ukraine in a phone call with NATO Secretary General Jens Stoltenberg. The NATO chief did not commit in a subsequent tweet, saying the alliance remained “committed to our close partnership” with Ukraine.

I called president @ZelenskyyUa to express serious concern about Russia’s military activities in and around Ukraine and the continued violations of the ceasefire. #NATO firmly supports #Ukrainesovereignty and territorial integrity. We remain committed to our close partnership.

Ukraine is calling for support amid a surge in Russian forces along their shared border, raising fears of an escalation in the seven-year conflict that has claimed 13,000 lives. Russia denies that it is threatening Ukraine and accuses the Kiev government of preparing a military offensive to regain control of the eastern conflict zone.

NATO membership will not help Ukraine solve “its internal problems,” Kremlin spokesman Dmitry Peskov said on Tuesday. “From our point of view, this will further aggravate the situation,” he said.

Zelenskiy also urged greater international pressure on Russia in a phone call with Canadian Prime Minister Justin Trudeau on Tuesday, the day after he spoke with British Prime Minister Boris Johnson. Ukraine’s foreign and defense ministers held talks with their US and UK counterparts last week about tensions in the eastern Donbas region, while Zelenskiy’s chief of staff spoke with the country’s national security adviser. United States, Jake Sullivan.

The US State Department raised concerns about Russian troop movements this week, with spokesman Ned Price saying on Monday that “we are concerned about the recent escalation of Russian aggression in eastern Ukraine, including credible reports. they have been emanating on Russian troop movements on the borders of Ukraine and occupied Crimea. “

“At the highest levels of government, literally through multiple institutions, we have sent that message very clearly to our Ukrainian counterparts, and implicitly also to the Russians, that we support Kiev, we support our partner Ukraine at the front. to this intimidation and aggression, “added Price.

Russia’s ruble accelerated its decline amid geopolitical tensions, weakening 1.1% against the dollar at 77.2552 at 6:34 pm in Moscow, the worst-performing emerging market currency.

Zelenskiy told Trudeau that 10 Ukrainian soldiers have died in the eastern area since March 26. The United States and the European Union have sanctioned Russia for its annexation of Crimea in 2014 and support for separatists in Ukraine’s Donbas region. Russia denies its participation in the fighting.

However, on Tuesday, White House spokeswoman Jen Psaki said questions about NATO membership should be handled by the alliance.

“That is a decision for NATO to make,” Psaki said.

Russian President Vladimir Putin bitterly opposes Ukraine’s aspirations to join NATO, although there is little appetite within the alliance to accept a membership application, as well as the former Soviet republic’s lean towards the West since the 2014 revolution. which overthrew pro-Moscow leader Viktor Yanukovych.

“The ostentation with which the troops move confirms that Russia is making saber rattling rather than watching blitzkrieg,” Maxim Samorukov, a fellow at the Carnegie Moscow Center, wrote on his website Monday. Still, tensions between the two sides mean that one misstep or dishonest action could drag them into a new military confrontation, he said.

With the implementation of a stalled 2015 peace agreement and a July The ceasefire is wearing thin, the spike in violence is hardening the stance on both sides, said Katharine Quinn-Judge, a Ukraine analyst at the Brussels-based International Crisis Group.

“This does not necessarily mean that there will be a major escalation,” he said. “But we should still be concerned because it is a symptom of the stagnation in the peace process.”

– With the assistance of Jennifer Jacobs

(Add a comment from the State Department that begins in the seventh paragraph.)