Runners win their Thanksgiving dinner at the annual Turkey Trot 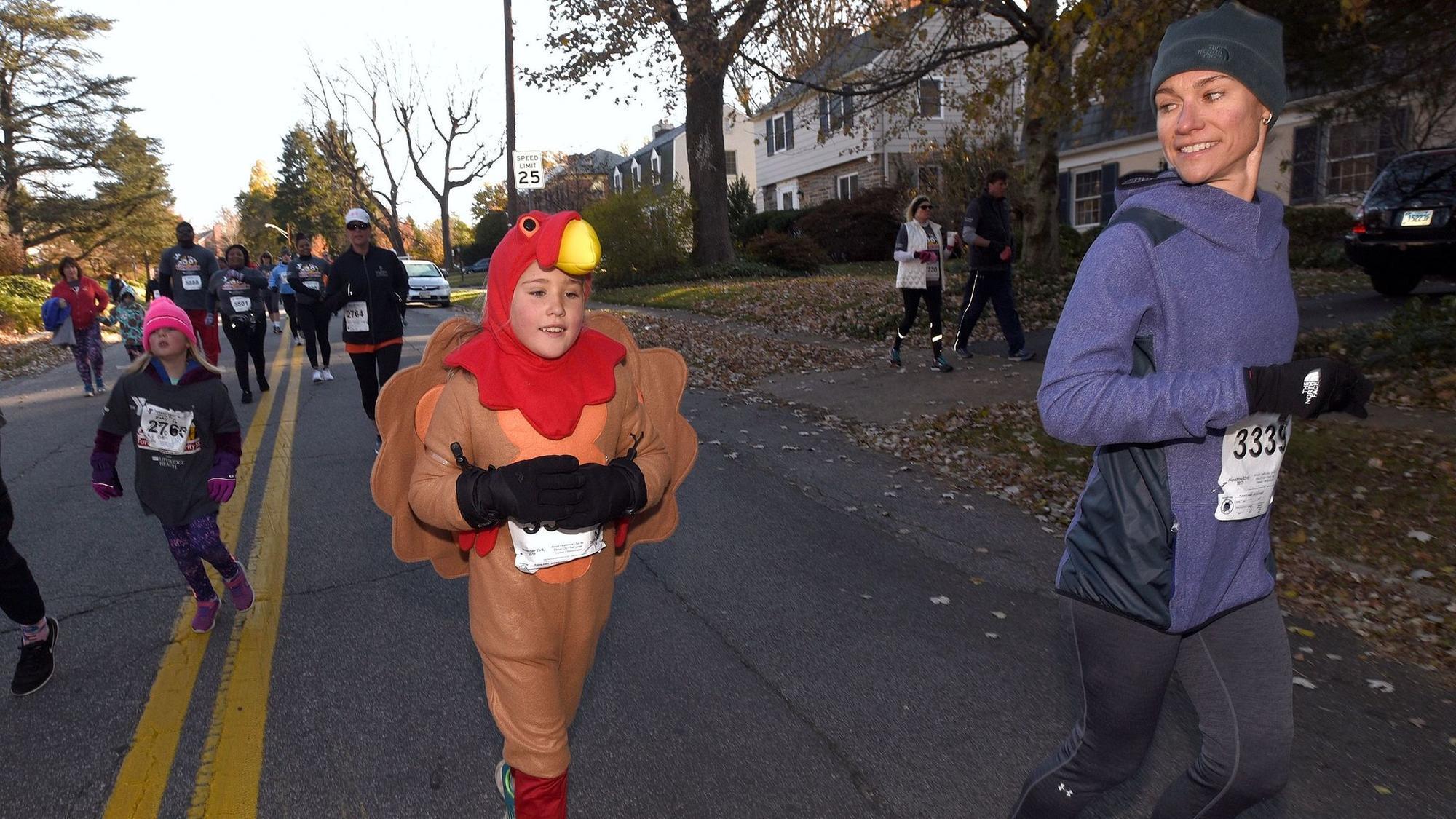 For many who participate in the Y Turkey Trot Charity 5K, physical exercise is as important a part of Thanksgiving as food and family.

At Towson, thousands of runners and walkers had a healthy start on their vacation Thursday at the 23rd annual race. It was one of the seven Turkey Trot races held on Thanksgiving Day sponsored by the Y in central Maryland.

"It's a great way to start the morning," said Katie John of Towson, who wore a diadem of antennae decorated with turkeys. "I love doing this race because there are families everywhere … I've done careers before, but the community aspect of this is different from any other."

He said that he loved to see the multitude of families, some with strollers and dogs in the race. She ran with her father, Andy, and with Lulu, a golden retriever.

Despite the cold, the runners had sunny skies to enjoy as they moved through the streets of Towson on the 3.1-mile route, which began and ended at the Orokawa Y. Some wore turkey hats or autumnal tutus.

More than 3,200 runners participated in the Towson event, said Ryan Gadow, vice president of the Y district in central Maryland. Y's goal for the seven Turkey Trot positions was 14,000 participants, he

"This is our way of continuing to strengthen the community, to give people the opportunity to access services and programs in the Y, which under normal circumstances [they] could not afford," said Gadow.

Many families make the race part of the Turkish Day tradition, Gadow said.

"For a lot of people … they just leave their homes and pour downtown, they do it every year," Gadow said.

Chrys Bell of Windsor Mill said it was trying to run again after injuring itself early this year. In March, the ankle dislocated and the fibula broke.

He said he was looking forward to eating turkey and filling up after finishing the race with his 11-year-old daughter. , Tiffany.

"Like I made her my racing partner," said Bell, who made a combination of walking and running on Thursday.

Your goal is to make a 5 km race every month. Sweater Run in Baltimore in December.

"It becomes addictive," he said. "You get hooked."

He said he liked the challenge of the hills in the Towson field.

"I like that there are so many people here and that everyone cheers each other up," Bell said. "It does not hurt that it's for a good cause too, you feel like you're making a difference while you recover and you win that dinner."

Tony Barr of Perry Hall and his granddaughter Jayla, 11, ran the Turkey Trot together for the first time on Thursday. [19659002] "We started running together to prepare for this," Barr said. "I think it's the beginning of a tradition."