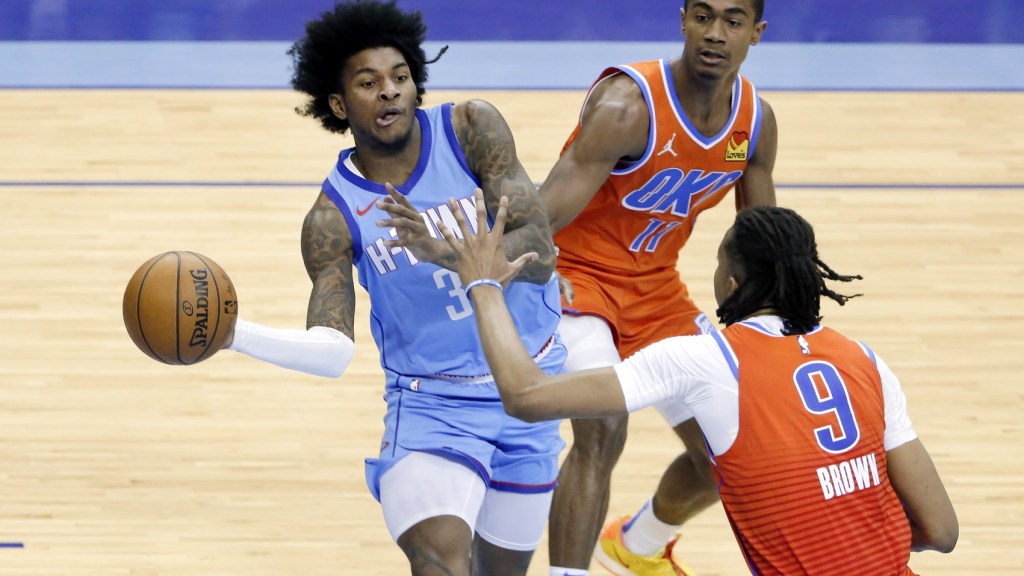 Although Houston’s return from Miami by Victor Oladipo seems a bit disappointing, part of the Rockets’ apparent motivation was based on something that was not in the final Heat package.

For Jonathan Feigen from the Houston Chronicle, the Rockets made the deadline move, rather than keeping Oladipo and trying to move him into a signing-and-trade offseason, because they wanted to give 20-year-old guard Kevin Porter Jr. more playing time together. to John Wall.

The Rockets made the trade because they prioritized starting Kevin Porter Jr. on a back court with John Wall and gave Porter consistent playing time, according to two people with knowledge of the team’s thinking.

Moving Oladipo became an essential part of that plan. That could also indicate that after 20 increasingly disappointing games, they decided they weren’t going to keep Oladipo a free agent, leading to the decision to get what they could for him at the deadline.

New #Rocket to #TXSN – Rockets go from James Harden to Victor Oladipo to … what, please? https://t.co/9xuEX2xPqz

In seven games with the Rockets, Porter, a first-round pick in the 2019 NBA draft, is averaging 14.9 points and 6.4 assists in 29.1 minutes per game. He started four of those seven games, but only when at least one of Oladipo and Wall was out.

While the 6-foot-4 guard has largely played point guard in Houston, the recent business acquisition of DJ Augustin would presumably allow Porter to play most of his shooting guard minutes.

The Rockets felt they needed to move Victor Oladipo now so they could clear the way to develop Kevin Porter Jr. for the remainder of the season, according to the source. Ultimately, that combined with the return (albeit disappointing) is better than a signature return and exchange is the reason they traded it.