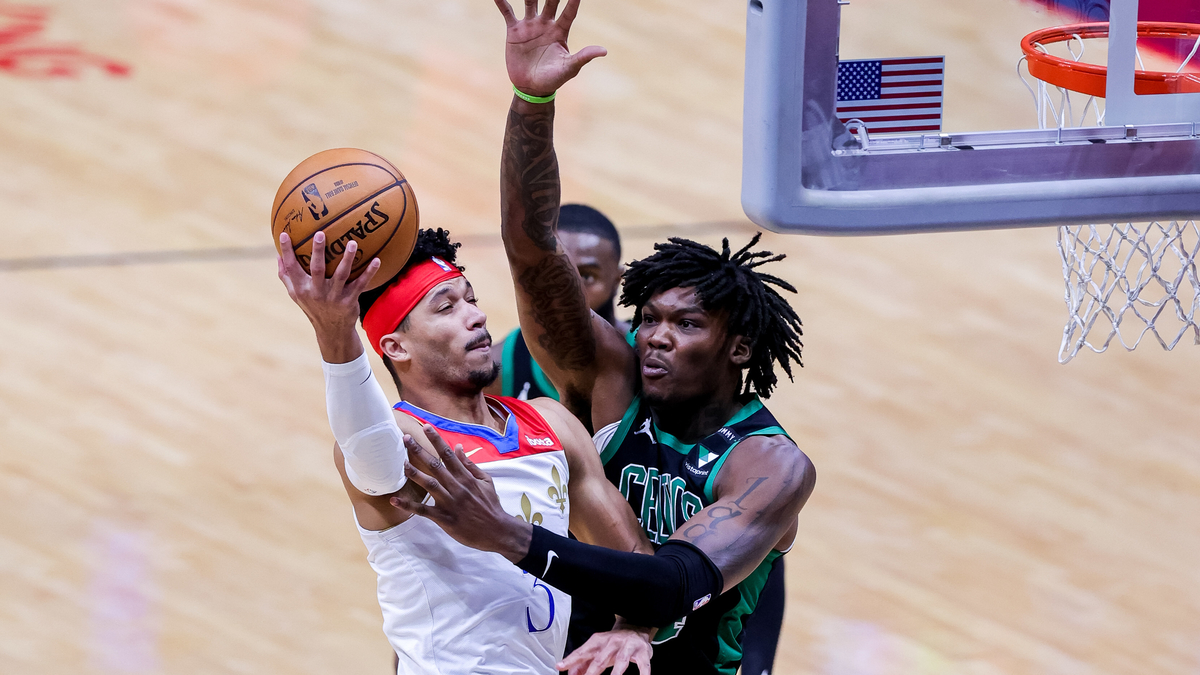 The Boston Celtics are in the midst of what appears to be an endless losing streak.

But at least Robert Williams has been impressive lately, right? After all, small victories matter in tough times.

And Williams has certainly been among them. The third-year center has mustered a number of alley-oops, thunderous dunks and blocked shots, one of which came unbelievably at the 3-point line in recent games.

“Rob continues to improve night after night,” teammate Jayson Tatum told reporters Sunday after the Celtics’ loss to the New Orleans Pelicans, an epic collapse after leading by 24 points.

Williams played 21 minutes against the Pelicans, having played 19 or more in three of the last four games. He has played 20 or more in just four games this season. But with more minutes, more production has arrived.

Williams is converting on nearly 73% of his field goal attempts.

And he has also shown his ability on the other side of the court. Williams had four blocks in each of the last two games and seven steals (five against Denver, the season high) in the last four games.

“I think he’s understanding the game more and it’s showing with his productivity on the court,” Tatum said. “It is difficult to score because he leaves the court quickly. Obviously he can play well above the rim.

“He has an incredible feel for the game,” Tatum added. “Rob is very, very good and will help us get more opportunities that he has.”

Hopefully, the energy Williams provides can rub off a bit to the rest of the Celtics as they prepare to face the Dallas Mavericks on Tuesday.