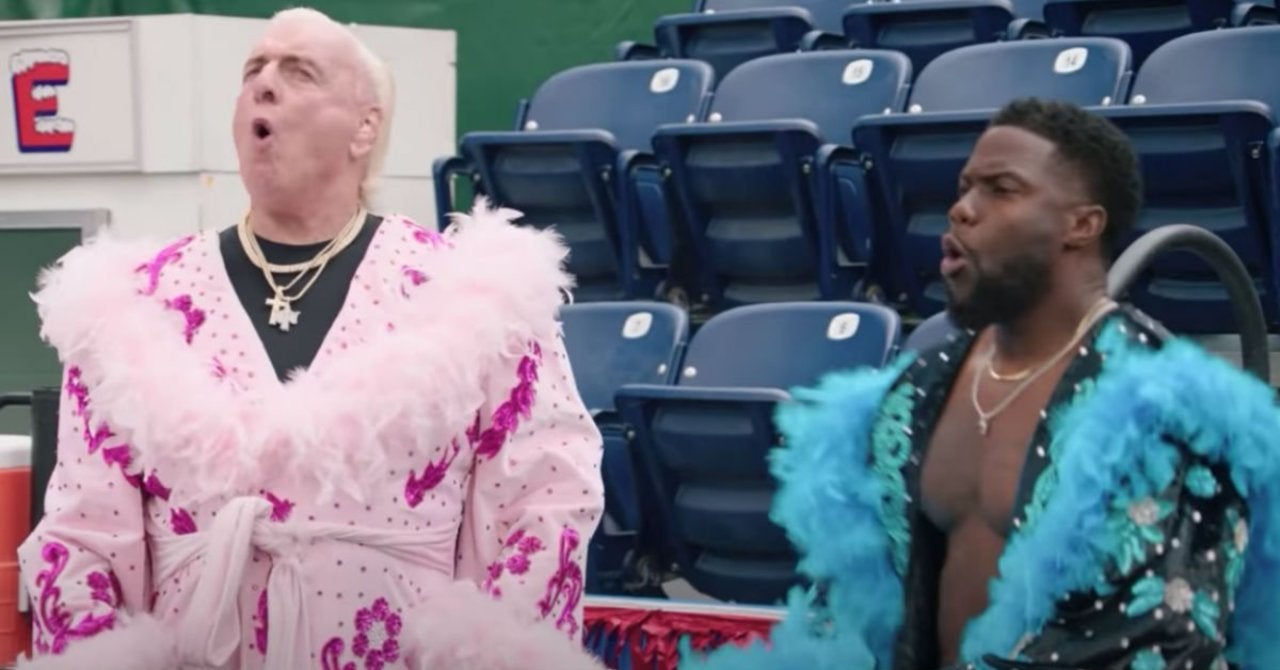 WWE Hall of Famer Ric Flair appeared in the season finale of Kevin Hart’s YouTube series, “Cold as Balls”, where he was interviewed by a comedian while the pair took an ice bath. Hart began by asking if Flair always knew he had the ability to grab the attention of the crowd, and “The Nature Boy” stated that he knew he (whom he called “nichin”) was 14. The movie stars were then brought up to see how the hip hop community fully embraced Flair in recent years, mentioning his presence in the music video for “Ric Flair Drip” by 21 Savage, Offset and Metro Bomin.

Other questions included his favorite wrestling moments, which he said was his retirement match with Shawn Michaels at WrestleMania 24. Hart tried to insult the champion of Rock and With the People by bringing them into their disguise with The Rock. However, Flair had nothing to say about the man.

“That’s the real deal,” Flair said, adding that if the two were in their prime at the same time, “they would have to build new arenas.”

“When I see him, he is very entertaining,” he said. “He has skills where he can sing and he can play instruments. I didn’t have that, but I had that energy.”

I had to give @ KevinHart4real Some lessons on STYLIN and ‘PROFILIN’ while you’re in the ice tub! Wooooo! Check the season finale # CABS4 On @LOLNetwork Youtube channel! https://t.co/ecm2mN2Ioh @obb @ratty pic.twitter.com/STAWUHzfxR

The interview is wrapped up with some questions about Flair’s daughter, Charlotte

“He blew me right up,” Rick said. “I did not pass the torch carrying him.”

He had then stated that his success is a gift and that “far greater than anything I have done so far is that he must not only be good, but great.”

Flair will be one of several former WWE stars to appear in Monday Night Raw next week, dubbed “Legends Night”. The show will feature a WWE Championship match between Drew McIntire and Keith Lee.