Reza Zarrab testifies that he bribed the Turkish minister 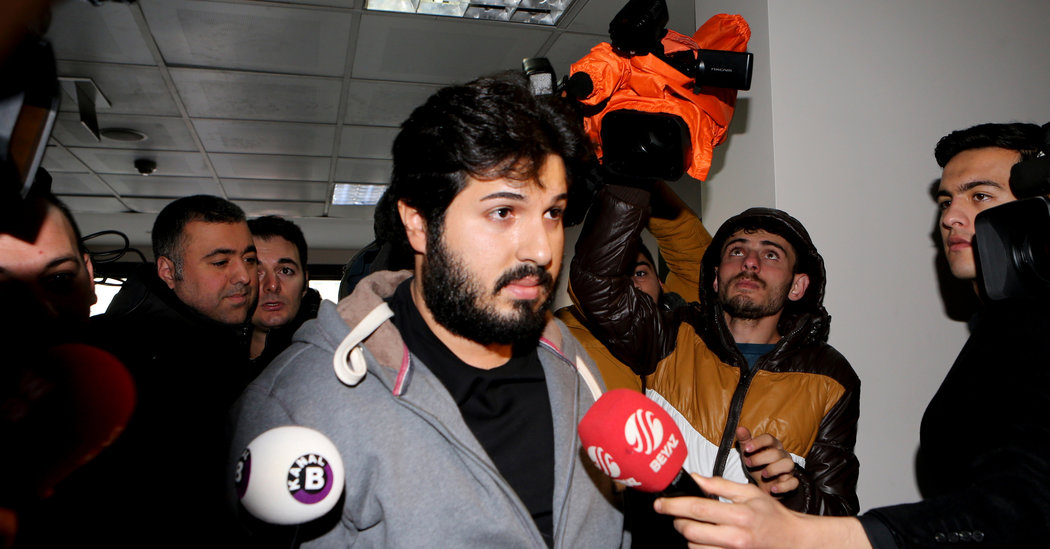 Mr. Zarrab is being held in an undisclosed location at F.B.I. custody and not in a hotel, he told the court.

"Are you free to come and go as you wish?" Asked the prosecutor, Sidhardha Kamaraju.

"Definitely not," he said.

Allegations that Mr. Caglayan had accepted bribes in a 2013 Turkish police investigation, when the President of Turkey, Recep Tayyip Erdogan, was prime minister. A prosecutor told the jury on Tuesday that corrupt Turkish officials had closed that investigation, but that F.B.I. "tells the same story" that the Turkish police found.

Mr. Erdogan has bitterly condemned the new accusation and tried to persuade US officials to abandon her.

Mr. The first day of Zarrab's testimony focused on his decision to cooperate and how he carried out the plan. He said that he had paid Mr. Caglayan tens of millions of dollars in bribes, and he took the jury through the accounting records that were shown on a screen and listed the amounts and dates of the payments.

Mr. Zarrab, 34, usually has a thick black beard, but he had shaved it for the test. During the interrogation, he seemed calm. He looked directly at the prosecutor, answering his questions through an interpreter in a polite tone and with a serious attitude.

He became more animated in describing the methods he had used to circumvent sanctions, gesturing and blinking rapidly as he explained how he had transferred gold and money.

When Mr. Kamaraju asked him to come down from the witness stand and draw diagrams on white construction paper to show how his scheme worked, Mr. Zarrab almost resembled a business school lecturer, drawing lines and boxes with colored markers and explaining as it progressed.

"In other words, the blue and red lines would merge here," he told the jury.

After it was over, the judge, Richard M. Berman, asked him approximately how many transactions he had drawn in his last diagram "to get the money out of where he could not go where he could go"

After telling, Mr. Zarrab declared: "A minimum of 10".

Only occasionally was he slightly uncomfortable, shuffling in his chair and taking a sip of water while identifying the accused, Mr. Atilla, 47, who was sitting at the defense table.

Mr. Kamaraju also asked if Mr. Zarrab had hired lawyers to find out if he could be released as part of a prisoner exchange.

The reference was apparently to Mr. Zarrab's decision to retain Rudolph W. Giuliani, former mayor of New York and informal adviser to President Trump, and Michael B. Mukasey, former United States attorney general, to try negotiate a diplomatic resolution for your case.

The lawyers met with President Erdogan and spoke with senior officials of the Trump administration.

"Did they succeed?" Mr. Kamaraju asked.

At the end of the day in Turkey, and more than four hours after Mr. Zarrab testified about bribing Mr. Caglayan, neither the Turkish state broadcaster nor the news agency had reported on the testimony.

However, Twitter was filled with tens of thousands of Turks live broadcast of other news outlets, such as BBC Turkish and other independent news sites, which makes "Zafer Caglayan" become a global issue in the trend of Twitter.