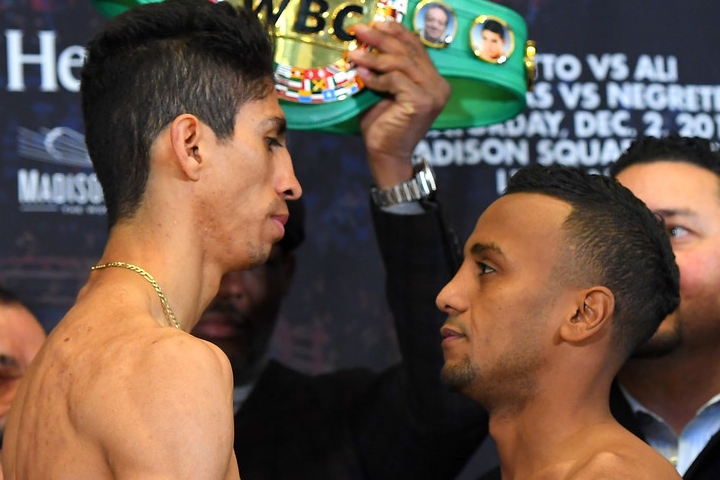 A superstar enters the ring for the last time when HBO Sports presents WORLD CHAMPIONSHIP BOXING: MIGUEL COTTO VS. SADAM ALI AND REY VARGAS VS. OSCAR NEGRETE on SATURDAY, DEC. 2 at 10:00 p.m. (ET live / delayed on tape) Madison Square Garden in New York City, exclusively on HBO. The HBO Sports team will call the action, which will be available on HDTV, with subtitles for people with hearing disabilities and will be presented in Spanish on HBO Latino.

Fighting for the 24th time on HBO, legend of the ring and certain Hall of Famer Miguel Cotto (41-5, 33 KOs), from Caguas, Puerto Rico, will face a last challenger in a match for the medium championship junior of 12 rounds before hanging his gloves after 17 years. The 37-year-old has fought nine times at the Garden before a combined crowd of 140,000 fans, posting an 8-1 record. A four-division world champion, six times, Cotto has had titles in the lightweight, welterweight, junior middleweight and middleweight divisions.

Born in Brooklyn, Saddam Ali (25-1, 14 KOs), 29, seeks to ruin Cotto's retirement celebration and take his 154-pound title. Starting boxing at age eight, he won twice in the New Golden Gloves (2006, 2007) and represented the USA. UU At the 2008 Olympics before becoming professional and winning his first 22 fights. After his only loss in the ring, in 2016, Ali is on a three-game winning streak; defeating Cotto would establish him as a central player in the talented junior middleweight division.

The initial fight is a battle of undefeated boxers, while Rey Vargas (30-0, 22 KOs) of Mexico City faces Oscar Negrete (17- 0, 7 KOs), originally from Tierra Alta, Colombia, in a 12-round super bantamweight contest. Vargas, 26, who will defend his title for the second time, was last seen on HBO in August with a dominant victory over Ronny Rios. Negrete, 30, who became a professional in 2013, has been on a fast track for a title shot and will go up in weight to face Vargas.