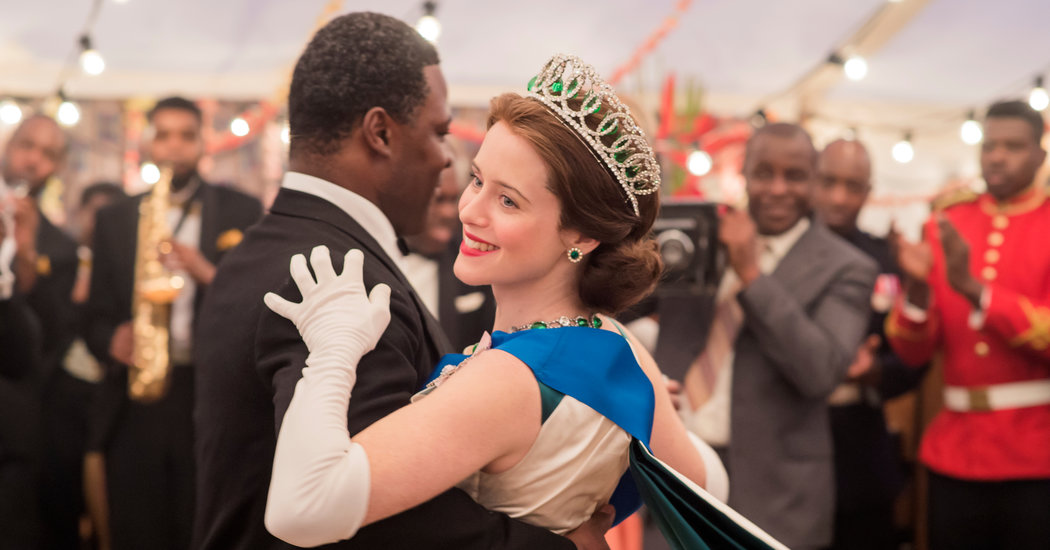 Not the most dynamic of playwrights, however, what made those films special was the casting: Helen Mirren and Michael Sheen in "The Queen", Sheen and Frank Langella in "Frost / Nixon". You need great actors. to put your words in motion, to supply the underlying emotions of the story.

In the first season of "The Crown", had a great actor, John Lithgow, who encouraged things considerably with his ungainly and imposing presence as Winston Churchill (even if it was probably not quite right for the role). Season 2 misses Mr. Lithgow, as well as Jared Harris, who played Elizabeth's father, George VI.

That puts the focus more than ever on Mrs. Foy. And although he is very capable, his strengths are those of impeccability: every thought, every idea is clearly delineated in his face and posture. She makes sure we do not miss anything, and she's attractive, but she does not have that much emotional impact.

One could argue that this is the point: one of Mr. Morgan's issues is repression and self-control. denial that comes with the crown. But playing repression does not mean retaining emotion, as Mrs. Mirren showed in "The Queen." (By the way, Mrs. Mirren has said she will not repeat her interpretation of Elizabeth for "The Crown"; Olivia Colman will badume the role in Season 3)

Season 2 has moving and thrilling moments, achieved with the help of capable directors like Philippa Lowthorpe and Benjamin Caron. A complicated sequence in which the photographer Louche Antony Armstrong-Jones (Matthew Goode) takes a portrait of a failing Margaret, his future wife, while Elizabeth and Philip retire to separate beds, is skillfully handled. Mrs. Lowthorpe beautifully stages an episode that closes the scene of Elizabeth and the Queen Mother (Victoria Hamilton) putting smiles and going down to a line of plebeians, invited to Buckingham Palace for the first time.

And because it's a British prestige production, "The Crown" is peppered with stellar supporting performances. Jeremy Northam finds humor in the presumed self-esteem of Anthony Eden, the prime minister who succeeds Churchill. Mr. Goode was born to play the seducer Armstrong-Jones and Greg Wise is good as Philipie's uncle, Dickie Mountbatten. In a small role as the unhappy wife of Philip's private secretary, Chloe Pirrie (a vivid Emily Bronte in "To Walk Invisible") effortlessly transmits the anger and frustration that you suspect Elizabeth must also feel.

Not everything that Mr. Morgan attempts to do – an episode involving Elizabeth's complicated feelings towards Jacqueline Kennedy, and a plot in which Philip is more closely related to the Profumo scandal than history suggests, does not work. But the pleasures of upper clbad melodrama are always present, as is the comforting notion, increasingly difficult to believe, that our leaders can be compbadionate, intelligent and extremely well educated.