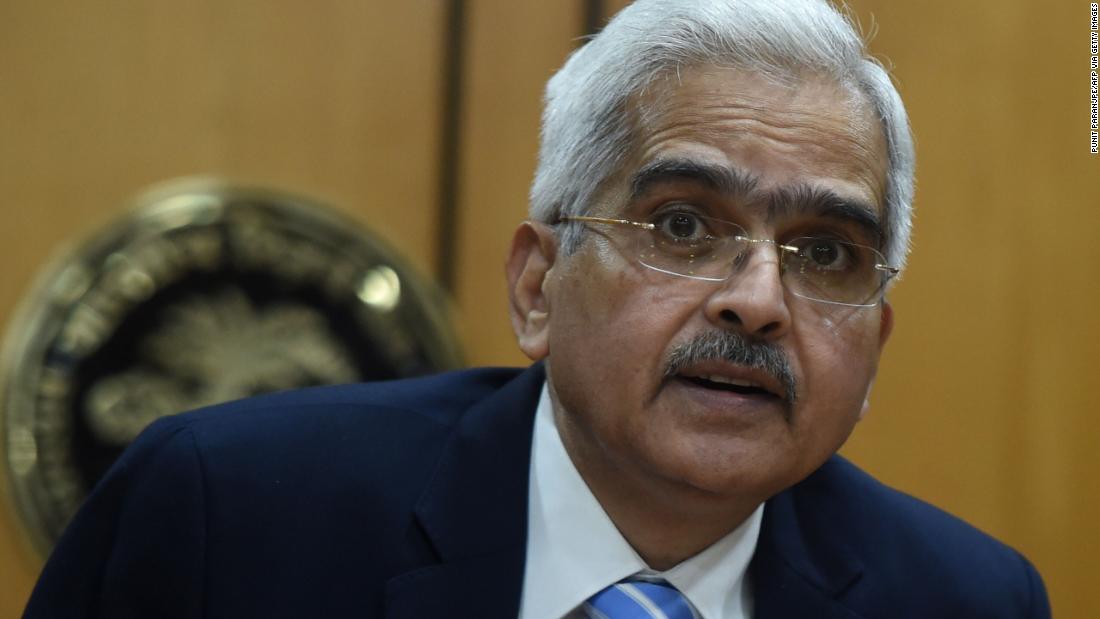 Das wrote in a tweet, “I have tested the Kovid-19 positive. Tactile. Looks very good.”

He said he would “continue working in isolation” and work at the bank would go on as usual.

Das is the country’s latest high-ranking executive contracting the virus.

Other government officials who were diagnosed with Kovid-19 include India’s Home Minister Amit Shah, who was hospitalized in August after testing positive for coronavirus, and the Chief Minister of India’s southern state of Karnataka BS was Yeddyurappa. Technical Education Minister Kamal Rani Varun has died in a high-profile death in the state of Uttar Pradesh.
India has the second highest number of infections in the world behind the United States, and the third highest number of deaths. According to India’s Ministry of Health and Welfare, there have been more than 7.7 million recorded coronovirus cases and 118,534 deaths in India so far.