Researchers find the secret to bunny hop: it’s all in the genes | Sciences 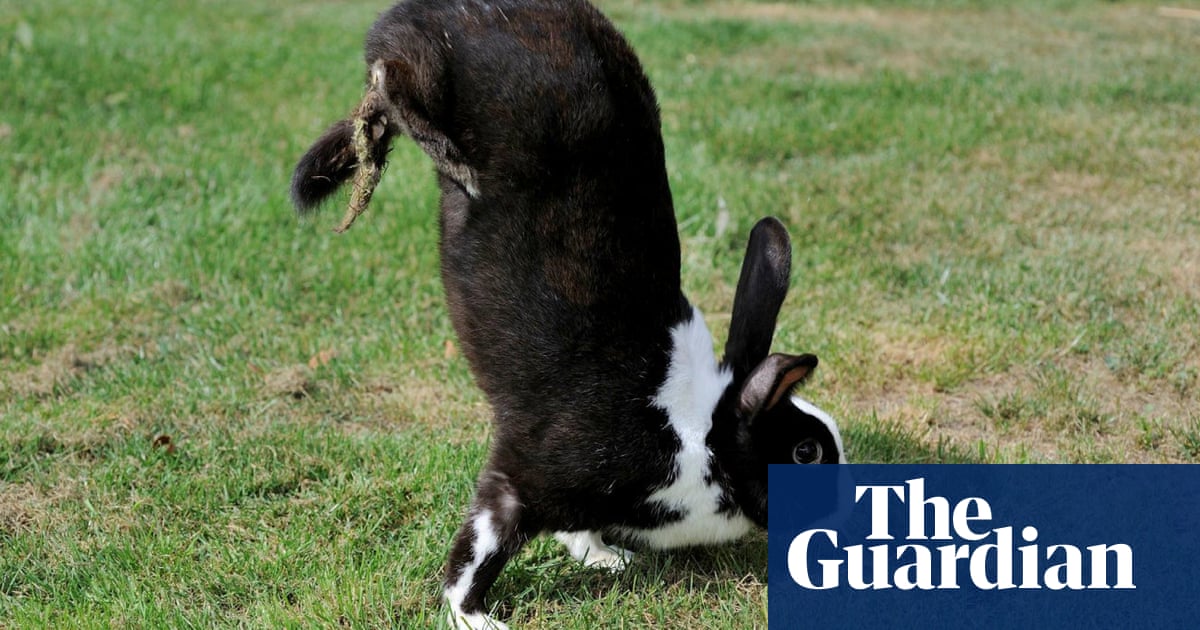 It sounds like a conundrum that Rudyard Kipling would have tackled in his Just So stories, but it turns out that the reason why the leaping rabbits is rooted not in fables but in genetics.

The researchers say that by studying an unusual breed of rabbit that walks on its front legs, they have identified a key gene that is necessary for the animals to adopt a typical gait. For rabbits, as well as animals like hares and kangaroos, that is the ability to jump.

“If you [were to] introduce the same mutation [seen in these unusual rabbits] in humans, you wouldn’t eliminate jumps, but you would change our locomotion in some other way, ”said research co-author Professor Leif Andersson from Uppsala University in Sweden.

Writing in the journal Plos Genetics, Andersson and his colleagues reported how they made their discovery by focusing on the sauteur d’Alfort breed of domestic rabbit. Instead of jumping, these animals adopt a “handstand” pose and walk forward on their front legs. The breed is also known for having eye problems, such as blindness and cataracts.

It was known from breeding experiments that both traits were caused by a mutation in a single gene. However, it was unknown which gene contained the mutation.

To dig deeper, Andersson and his colleagues bred sauteur d’Alfort rabbits with New Zealand white rabbits, a breed that hops, confirming previous theories that it takes two copies of the mutant gene for rabbits to lose their bounce.

The researchers then carried out a genetic analysis of the rabbits, revealing that the inability to jump appears to be due to a single position mutation in a gene known as RORB. Sauteur d’Alfort rabbits were found to have two copies of this mutation. However, the mutation was not found in other breeds of wild and domestic rabbits, nor in a large number of other mammals, including humans.

“DNA sequences that are important for function are highly conserved across species,” Andersson said.

Crucially, Andersson said, the RORB gene gives rise to a protein that turns other genes on and off. If this gene is not working properly, he added, the production of other proteins in the spinal cord may not be properly regulated, affecting the way the spinal cord coordinates messages between the brain and the muscles in the extremities.

In fact, further work from the team found that rabbits with two copies of the RORB mutation have no detectable RORB protein in their spinal cord.

The team says their discovery ties in with previous work showing that mice that had a mutation in their RORB gene not only had eye problems, but were unusually duck-like walking.

However, Andersson said that the RORB gene was not the only gene important for gait. For example, the ability to roam in horses, found in certain breeds like the Icelandic pony, has previously been linked to a mutation in a gene known as DMRT3.

Arne Ludwig, a professor of animal genetics at Humboldt University’s Albrecht Daniel Thaer Institute and the Leibniz Institute for Zoo and Wildlife Research in Berlin, who was not involved in the study, said gait is a complex trait.

“Several genes are involved and this study shows that RORB is one of them,” he said.

But, he added, the breeding of Sauteur d’Alfort rabbits is a cause for concern given its myriad of disorders.

“The sautéed rabbits would probably have no chance of surviving in the wild,” he said.