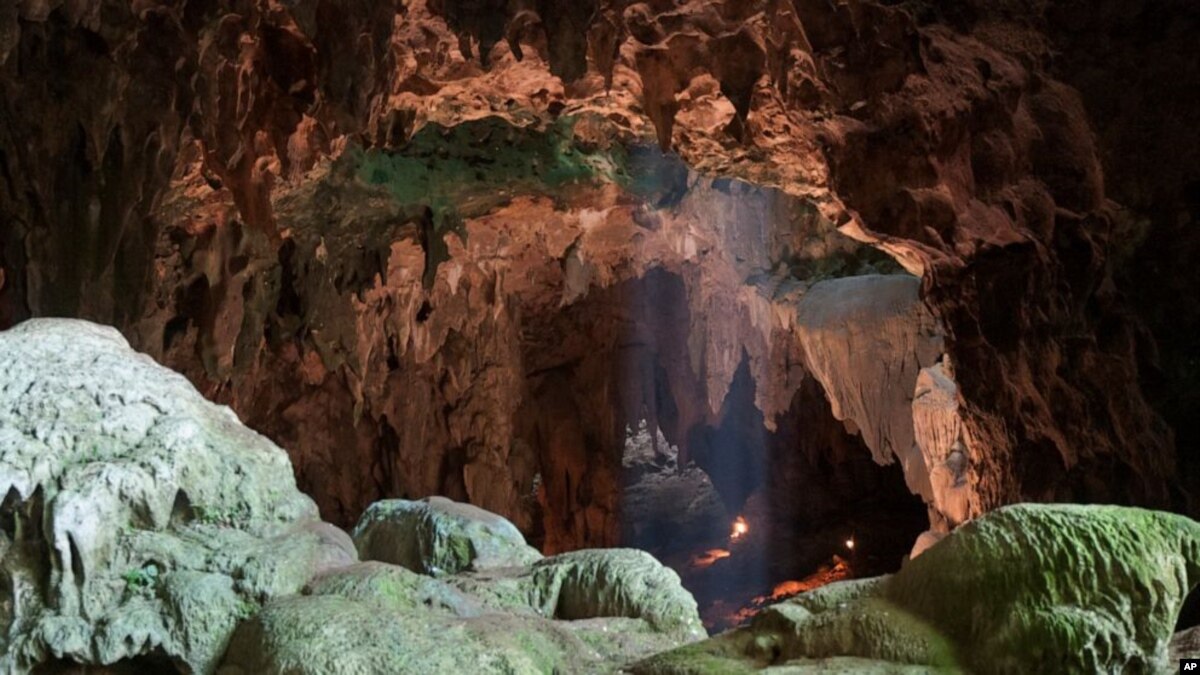 The researchers say they have found fossil bones and teeth of a previously Unknown human species in the northern Philippines.

The scientists named the species Homo luzonensis in honor of the island of Luzon, where the discovery was made. The researchers recently reported the finding in a study published in Nature.

A team from the Philippines, France and Australia found the first fossil bones in 2007 in the cave of Callao, in Cagayan. Province.

The Philippine archaeologist Armand Salvador Mijares led the effort to unearth. He showed the discovery at a press conference at the University of the Philippines, outside Manila.

There were six pieces of bone (of feet, hands and legs) that belonged to at least three people. Seven teeth were also found.

Another Philippine archaeologist, Eusebio Dizon, said the human remains were the oldest found in the Philippines.

It is not believed that the species is a direct ancestor of the humans of today, but an ancient and distant relative. The researchers said the tests showed that two of the fossil pieces were between 50,000 and 67,000 years old.

An examination of the bones led the researchers to decide that they belonged to a previously unknown member of the Homo sapiens species. They reported that one of the bones of the toes and the shapes of the teeth differed from what had been seen before in Homo sapiens.

The scientists said the fossils suggest that the bodies of the species were probably smaller than the humans of today.

Florent Détroit is located in Paris with the National Museum of Natural History of France. He co-directed the study. He told the French press agency AFP: "From the beginning, we realized the unusual characteristics of these fossils. "

After much examination, said Détroit, the scientific team was able to confirm "that this was something special, unlike any species described above …"

Matthew Tocheri works in the Anthropology Department of Lakehead University in Thunder Bay, Canada. He was not part of the study. He said Nature that bones and teeth "create a strong argument that this is something new."

The discovery marked the second time in the 21st.S t Century that a new human species has been identified in Southeast Asia. In 2004, fossils of another group, called Homo floresiensis, were found on the Indonesian island of Flores. That species, sometimes described as "hobbits", was found about 3,000 kilometers from the discovery of Luzon.

Détroit said it is not yet clear how Homo luzonensis relates to other species within the Homo family. He said he can have descended from a previous human relative, Homo erectus. Homo erectus is generally considered the first Homo species to have spread out of Africa.

Some scientists have suggested that the "hobbits" found in Indonesia may have evolved of Homo erectus.

Tocheri told The Associated Press that he believes that is possible. But he also said that the discovery of the Philippines can provide evidence of another theory. It is possible, he said, that some other unknown creature other than Homo erectus also moved from Africa and arrived in Europe and Asia, and that both created new species of islands.

Bryan Lynn wrote this story for VOA Learning English based on reports from the Associated Press, Reuters and Agence France-Presse and the journal Nature. Ashley Thompson was the editor.

We want to hear from you. Write us in the Comments section, and Visit our facebook's website.

Start the test to discover

fossil – north. Part of an animal or plant thousands of years ago, preserved in rock.

previously – adv. before the present time

Province – north. Division of a country that has its own government.

characteristic – north. Quality that does something different from other things.

evolve – v.Develop from other life forms for many years.