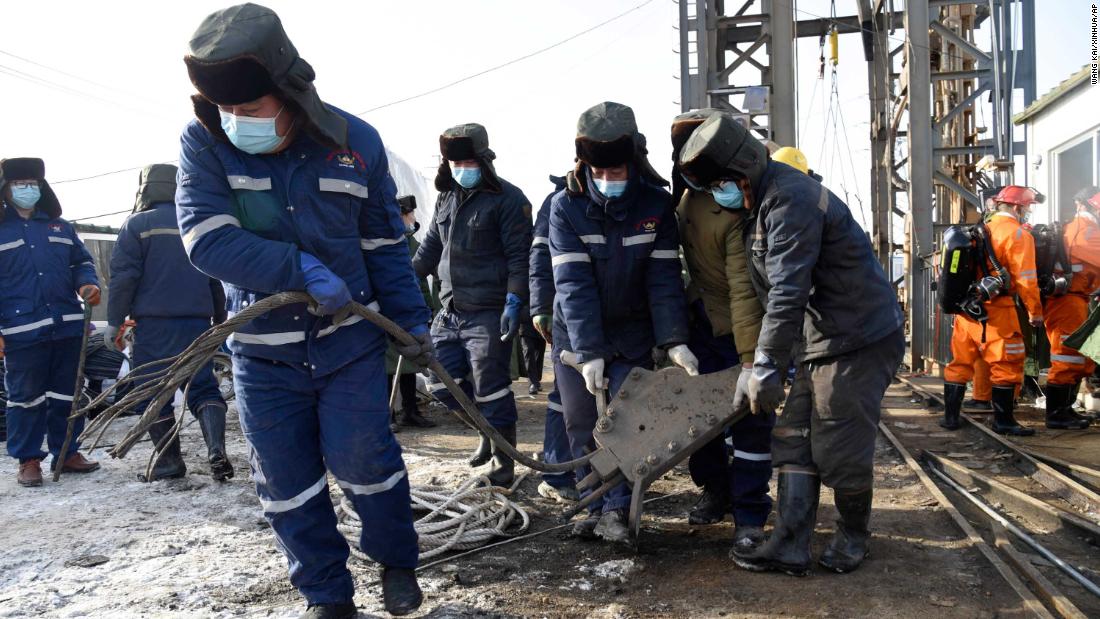 The report from the news agency Xinhua said that the note confirmed that 12 miners were alive after the January 10 explosion in Kixia city of Shandong province. Four are said to be injured while the fate of 10 others is unknown.

Workers wrote that they remained optimistic according to Xinhua, but needed medical supplies.

Xinhua quoted the note as saying: “We are heavily and in urgent need of stomach medication, painkillers, medical tape, external anti-inflammatory drugs, and three people have high blood pressure.”

The agency said that rescue work is going on after trapping 22 laborers about 800 feet from the mine entrance.

Rescuers first heard the sound of stranded people on Sunday, after which iron ropes were pulled out.

Explosions and deaths in Chinese mines are not uncommon. In September, at least 16 workers died in southwestern China when they went underground in a coal mine and were exposed to unsafe levels of carbon monoxide, state media reported.
And in 2016, dozens of workers were killed after a gas explosion at a coal mine in Chongqing city.