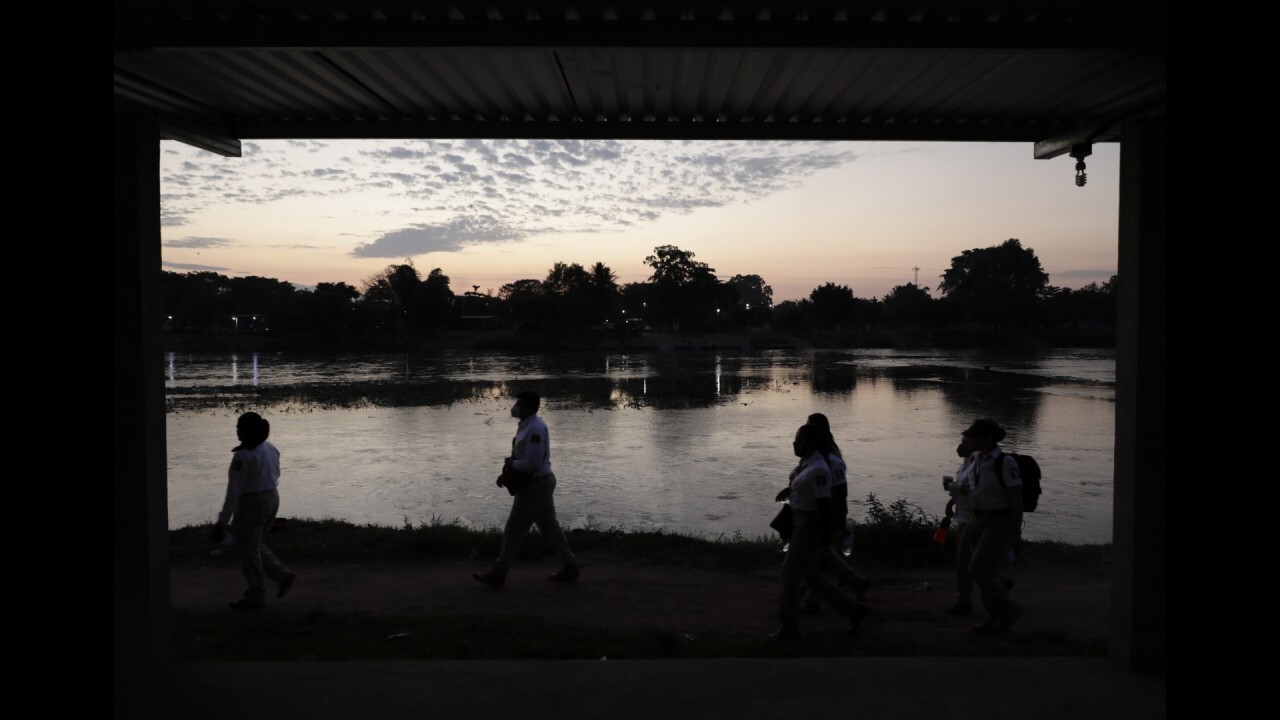 Senator Ted Cruz, Republican of Texas, detailed how a Republican Senate delegation to the border, led by him, encountered human traffickers and cartel members yelling at them and taunting the police, while watching the crisis up close. on the border.

“We’ve been hearing and seeing cartel members, human smugglers just across the river, waving flashlights yelling and taunting the Americans, taunting the Border Patrol because they know that under the current policies of the Biden administration they can flood here, “Cruz said in a video.

“They pay them between $ 4 and $ 5,000 per person to smuggle them into the country and … when they smuggle them in, the Biden administration releases them,” he said.

Republicans have turned up the pressure on the Biden administration for its handling of the increased border. They say the rapid changes in Trump-era policies, such as the Migrant Protection Protocols (MPP), and the lowering of deportation priorities, have encouraged migrants to take the dangerous journey north.

Maine Republican Senator Susan Collins also tweeted Friday that she was among lawmakers who spent three hours with agents on the night shift in McAllen.

“The Border Patrol is overwhelmed, overworked and discouraged by the new policies,” Collins tweeted. “Agents took us down a dangerous road to the Rio Grande, where we could hear Cartel members taunting us across the river. Human trafficking, child abuse and drug smuggling are rampant. This is a crisis”.

Customs and Border Protection (CBP) encountered more than 100,000 migrants in February and that number is expected to have risen in March. There are currently more than 5,000 migrants in CBP custody and more than 11,000 in Health and Human Services (HHS) custody, and the administration is looking to open more facilities in a fight to house them.

Republicans have also raised questions about the lack of media access to the facilities, a move that has helped several lawmakers travel to the border to see the situation in person.

Homeland Security Secretary Alejandro Mayorkas admitted earlier this month that the numbers were “staggering” and predicted that the United States would encounter more migrants than in the past 20 years.

But the Biden administration has refused to call the situation a crisis, instead referring to it as a “challenge” as it seeks to move to what it describes as a more “humane” system.

On Thursday, during his first press conference since taking office in January, President Biden played down the increase, saying he “made no apologies” for reversing programs like MPP.

“It happens every lonely year,” he said of the numbers. “There is a significant increase in the number of people arriving at the border in the winter months of January, February and March.”