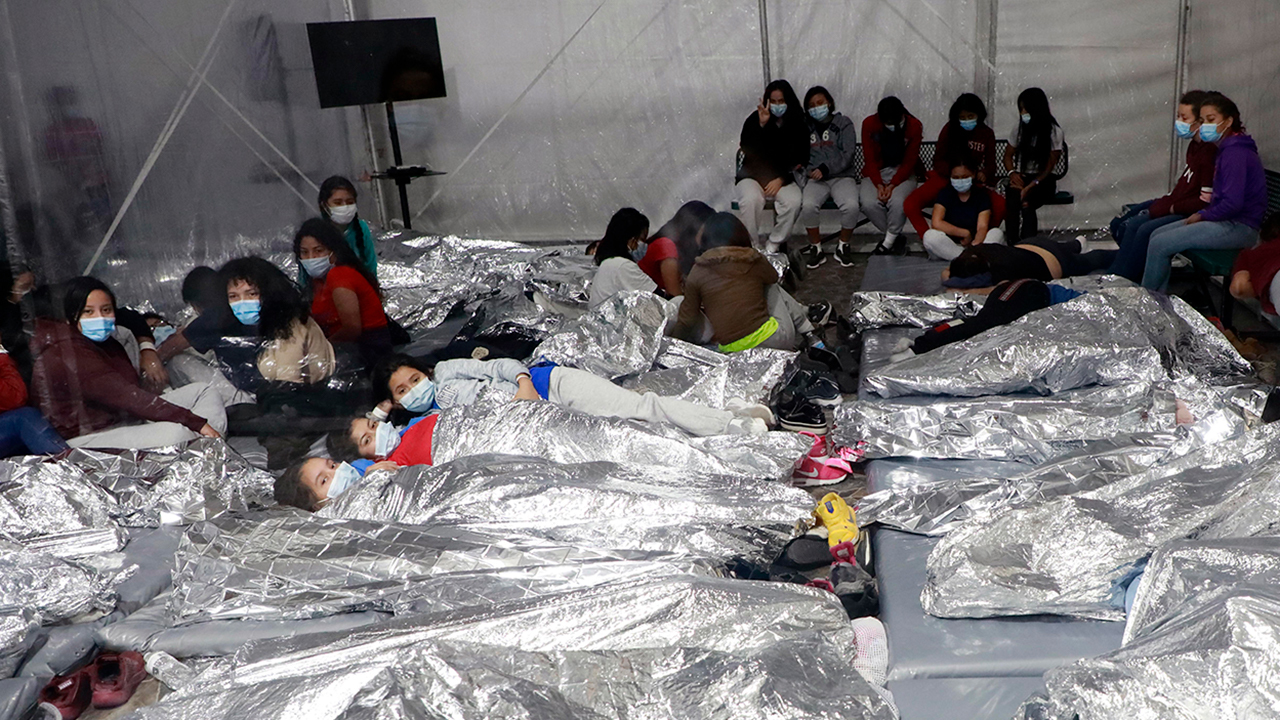 Republican senators indicated Friday that discussion of possible immigration deals to give illegal immigrants a path to citizenship would be off the table until the crisis at the southern border is over.

“How can you pass an immigration bill when you have an open border?” Sen. Chuck Grassley, R-Iowa, said at a news conference on the border. “If they want to achieve something in terms of immigration and I want to help them, it would be to secure the border.”

“You have to stop the bleeding before you can fix the problem,” he said.

Grassley was one of a group of Senate Republicans who made the trip to the southern Texas border and expressed horror at the growing crisis, seeing overcrowded border facilities and speaking to overwhelmed border agents.

Customs and Border Protection (CBP) encountered more than 100,000 migrants in February and those numbers are expected to increase dramatically in the spring and summer months. Meanwhile, the administration struggles to open new facilities to house a surge in migrant children, while asking federal employees to volunteer to help, what the administration concedes are “overwhelming” numbers.

Republicans have blamed the Biden administration for reversing Trump-era policies such as the Migrant Protection Protocols (MPP) and reviving the policy of releasing migrant families inside the United States.

Biden and Senate Democrats have also been proposing an eight-year path to citizenship for all illegal immigrants in the country as part of a broad immigration bill. Currently, any such proposal would need the support of 10 Republicans to pass the Senate.

So far, Republicans have resisted the package, introduced in the Senate as the U.S. Citizenship Act of 2021, but some have expressed a willingness to negotiate. Senator Lindsey Graham, RS.C., introduced a bill with Senator Dick Durbin, D-Illinois, to grant permanent legal status to recipients of the Deferred Action for Childhood Arrivals (DACA) program. Graham has said he doesn’t think it will pass as a stand-alone measure, but it could be a starting point for negotiations.

But with the crisis spiraling, even Republicans like Graham, who are among the most open to immigration reform packages, are pouring cold water on their chances as the number of migrants continues to rise at the border.

“I have voted for every comprehensive immigration bill that has come out of the United States Senate,” Graham said Friday. “It is impossible for me to sit down with Dick Durbin and negotiate some solution for the people who are already here, because if you legalize a person until you have fixed this problem, you are going to have a human tsunami.”

“If you want to talk about immigration reform, we are prepared to do so, we have a crisis at the border. We have to understand, again, listen to what people on the ground are telling us and make sure we have policies to secure this border,” he said . “You can’t possibly have a credible immigration reform proposal in Congress until you fix this crisis here.”

Yet Democrats appear to be on track to move forward with two smaller immigration bills. Bills to give DACA recipients and illegal immigrant farm workers paths to citizenship were recently passed by the House. It seems likely that neither of the two bills will pass the Senate with the ongoing crisis.