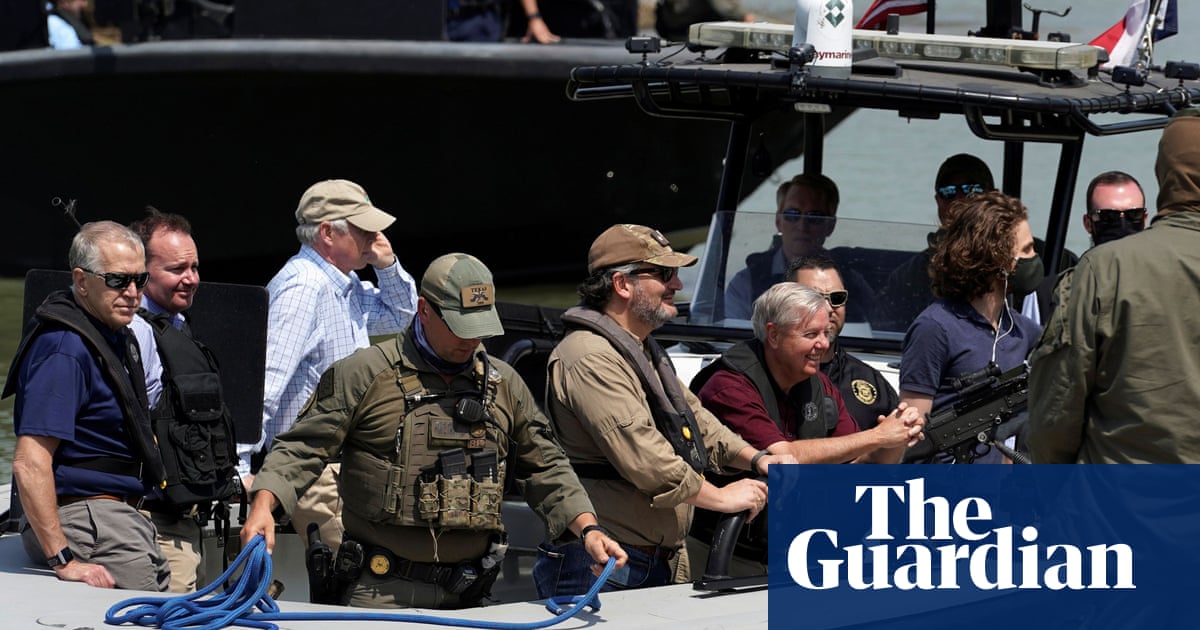 Republican Senator Ted Cruz has come under fire for taking a trip to the US southern border when the conservative Texas politician once again became the butt of internet jokes and memes.

In the style of a wildlife documentary, Cruz captured his experience with the help of professional photographers and shared his recent trip to the US-Mexico border Thursday night on social media, where he intended to shed light on what Republicans have called it a crisis.

Wearing a dark green fishing shirt and baseball cap matching the Texas flag, Cruz spoke at a press conference where he sought to paint a dramatic picture of his experience: “Across the river we have been hearing and seeing members of the cartel – human smugglers – right across the river waving flashlights, yelling and taunting the Americans, taunting the border patrol. “

Despite their claims that the border situation is a direct result of the Biden administration’s immigration policies, residents of the Rio Grande Valley have said there is no such crisis. In fact, the number of border crossings under the Biden administration largely mirrors those of the previous Trump administration. Cruz was joined by 18 other Republican senators, including John Cornyn, Susan Collins, and Linsey Graham.

After claiming that he ran into cartel members and saw a body floating in the Rio Grande, Cruz was ridiculed by many, including former Congressman Beto O’Rourke, who said: “You are in a border patrol boat armed with machine guns. The only threat you face is unarmed children and families seeking asylum (as well as the occasional interrupter). “

O’Rourke added: “If you are looking for a crisis to dress up as a Senator for, I am happy to point you in the right direction.”

Some compared Cruz’s attempt to embed journalism to a scene from Jurassic Park.

Comedians on Twitter capitalized on the Republican senator’s stunt.

Others referenced the junior senator’s recent vacation in Cancun, Mexico, which he recently took while millions of Texans were left without power or heat during a deadly winter storm.

Yet more likened the excursion to a scene from Deliverance, a film about four city dwellers venturing by canoe into the rural forests of Georgia.