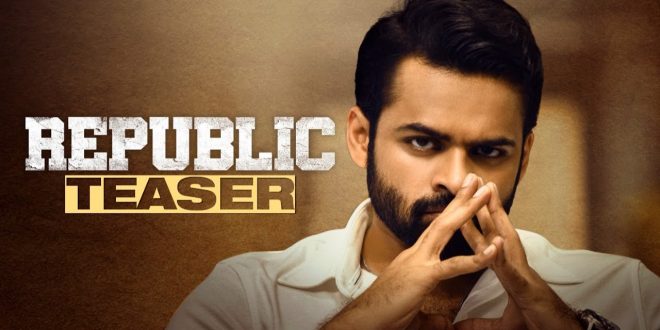 The author of Prasthanam and Vennela, the director Deva Katta, has created a political drama called Republic. The teaser for the movie is out. The teaser stays honest with the theme and sticks to its genre.

It begins with George Orwell’s quote on politics and how they intertwine with people’s lives. Then the teaser begins with Sai Tej’s voice on democracy and its decaying institutions. The protagonist says that we live in a feudal system. It also says that the judiciary and the people have become slaves of the rulers. These are certainly hard-hitting dialogues from Deva Katta.

It seems that Sai Tej is a bureaucrat in the movie. Ramya Krishna is seen as a political leader fighting against elections. The teaser is a bit preachy, but it is aimed at audiences interested in politics. Mani Sharma’s background score, as usual, delivers. Generally, the teaser ends with a line. “Vyavastha Punadhule Corrupt Ayinappudu, Andaru Corrupt Ye Sir”