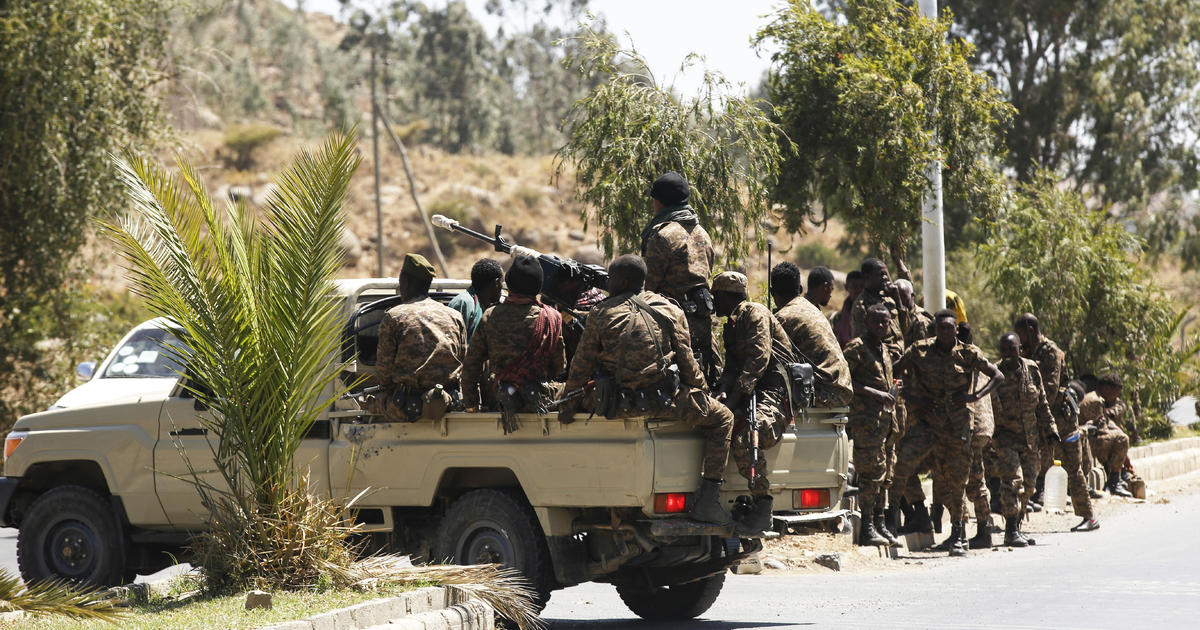 Johannesburg – The medical charity Médecins Sans Frontières has revealed details of the gruesome war raging virtually out of sight in the Tigray region of northern Ethiopia, and reports that government forces executed civilians in cold blood.

Since the violence broke out in Tigray months ago, the Ethiopian government has imposed a media blackout, which has prevented both foreign and local journalists from entering the region until recently. Some journalists have started approaching the fighting now, but with little freedom to move, so the veil of secrecy is slowly lifting, and we continue to hear about horrific violence long after the fact.

That is why an eyewitness account from Doctors Without Borders, known by its French acronym MSF, of recent brutality has become a key piece of evidence in the ongoing conflict.

The group said their clearly marked MSF car and two public buses traveling behind it were stopped on a road by Ethiopian soldiers. Its driver was beaten but allowed to return to the vehicle, but the organization said the bus passengers were lowered, the men and women separated, and the men, who were at least four, were shot at point-blank range.

It is a gruesome tale, but the worst part is that it appears to be a regular occurrence in the region, as stories of massacres and other violence continue to emerge, usually long after the fact and always difficult to verify.

On Monday, the United Nations called for a halt to indiscriminate and targeted attacks against civilians in Tigray, including rape and other forms of sexual violence.

Gender violence has It has long been used as a weapon of war. Around the world, and in this particular conflict, which has begun to look more and more like an example of ethnic cleansing, rape is being used to humiliate, shame, destroy the dignity and shatter the souls of the women of Tigray.

Ethiopian government troops have been accused of joining forces with soldiers from neighboring Eritrea to brutalize and rape the women of Tigray. Some of the limited reports that have emerged from the region suggest that when these women are attacked, they are told that it is to cleanse them of their Tigrayan blood.

Britain’s Channel 4 recently aired a devastating report on these atrocities. A survivor told the network of a 10-day ordeal during which she said that she and five other women were gang-raped by Eritrean soldiers. She said the troops joked and took photos as they injected her with a drug, tied her to a rock, stripped her, stabbed her and repeatedly raped her.

Doctors who have treated Tigrayan women have said that a woman’s vagina was full of nails, stones and plastic.

For the first time since the conflict began, Ethiopia’s Prime Minister Abiy Ahmed has acknowledged that atrocities have been committed and has said that any soldier convicted of raping women or other war crimes will be held accountable. But when he said it, he also suggested that the circumstances in the region were being exaggerated for propaganda.

What is the war in Tigray about?

The conflict began in November after Ahmed ordered an offensive against the ruling party in Tigray, a semi-autonomous region of Ethiopia, accusing them of attacking a government military base.

But it was the result of a prolonged tension between the Tigray People’s Liberation Front and Ahmed’s central government in the capital Addis Ababa. The TPLF used to be Ethiopia’s ruling party, dominating politics and enjoying disproportionate economic power for several decades.

Abiy came to power in 2018 in the wake of widespread anti-government protests and immediately sought to increase control of the central government and minimize regional autonomy. TPLF officials were purged from the government, some accused of corruption, and tension between the two entities grew steadily from then until the armed conflict began in November.

Eritrean forces crossing the border to join forces from Abiy have been of particular concern.

In 2019, Abiy received the Nobel Peace Prize for ending the long war between Ethiopia and Eritrea. As recently as Tuesday this week, Abiy and his government blatantly denied the presence of Eritrean forces inside Ethiopia, but the evidence was overwhelming and he was forced to admit that Eritrean troops had crossed the border.

He said they came because they were worried about being attacked by their longtime enemy: the TPLF, whose forces endured the brunt of the fighting during the Ethiopian-Eritrean war.

Eritrea used to be part of Ethiopia, but became a separate nation after a war of independence in the early 1990s. Then war broke out between them again in 1998. Abiy said this week that Eritrea had promised that its forces would they would withdraw when the Ethiopian army could control the border.

Eritrean forces are now accused of the worst human rights atrocities committed in Tigray since the current conflict began.

The Biden administration sent $ 50 million in aid and sent Senator Chris Coons to speak with leaders in Ethiopia, but many experts would argue that not just the United States, but the rest of the Western world is falling short when it comes to tackling the crisis. . .

Despite repeated condemnations by the United States and the United Nations for the atrocities, the brutality has continued and, according to reports that have emerged, has become even more severe.

Secretary of State Antony Blinken has called on Abiy to urge an end to the conflict, and there is no doubt that diplomatic pressure on the Ethiopian leader is mounting to end the violence.

Until recently, Ethiopia, a close American military ally, was seen as the strategic hub in the volatile Horn of Africa, but as the Tigray conflict drags on, analysts worry that Ethiopia could become another source of instability. in a region plagued by Islamist insurgencies and unrest.

In an indication of how seriously the United States views the crisis, Blinken announced Wednesday night that a special envoy would be appointed to the Horn of Africa, with Ethiopia being a top priority.

Blinken held talks this week with European Union officials to discuss “a variety of measures to support unimpeded humanitarian access, the investigation of human rights abuses, the cessation of hostilities and the immediate withdrawal of Eritrea from Ethiopian territory.”