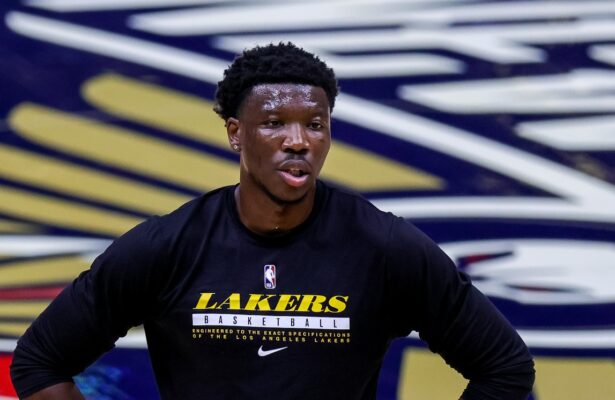 The extremely short Los Angeles Lakers are about to enter the court against the New Orleans Pelicans, without LeBron James and Anthony Davis.

His new starting lineup has a surprise, as his regular starting center Marc Gasol is still unable to play due to being included in the NBA’s COVID-19 health and safety protocols.

Devontae Cacok has a two-way contract with the Lakers and South Bay Lakers of the G League. At 6 feet 8 inches, he’s too small on the pivot, but he weighs 240 pounds.

He has shown some potential as a rebounder and someone who can use his physique to his advantage.

After winning their first four games after the All-Star break, the Lakers have now lost consecutive games.

With its two superstars out for an unknown amount of time, the team could slip into a prolonged slump and lose ground in the Western Conference standings unless multiple players step up offensively.