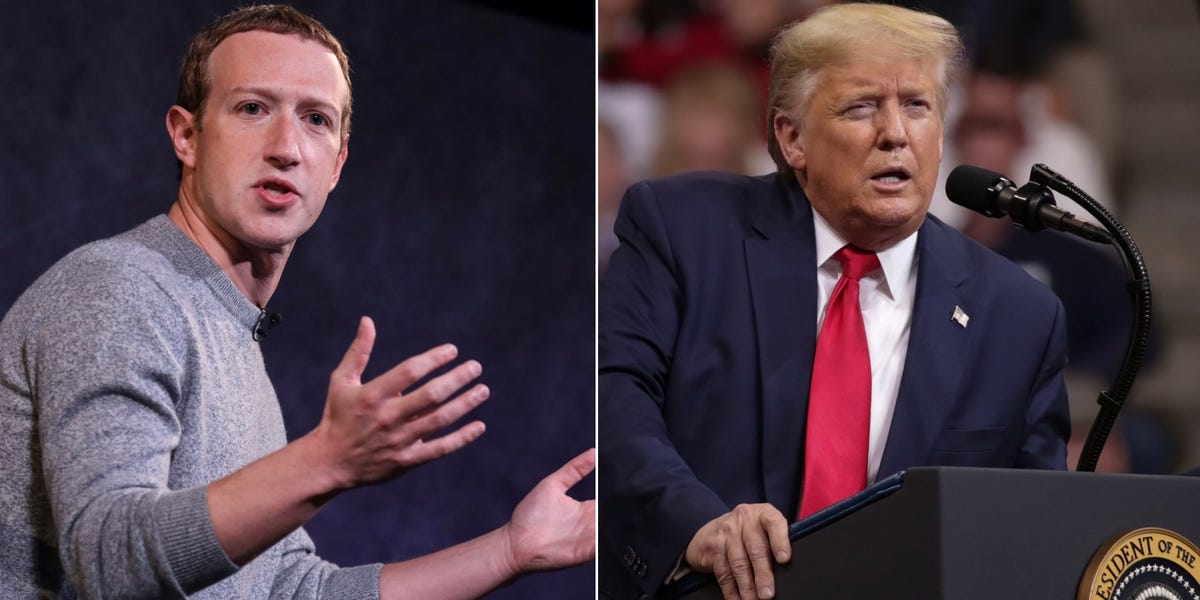 Facebook tried to persuade President Donald Trump to soften the language in his May post that threatened violence against George Floyd protesters, The Washington Post reported Sunday.

Sources familiar with the matter told The Post that Facebook executives called the White House to try to get the president to tone down the aggressive language in the post, which said “or when the looting begins, the shooting begins,” or delete it for full. The Post did not identify the executives, but described them as “deputies.”

Sources also told The Post that CEO Mark Zuckerberg later told Trump in a phone call that the post put Facebook in a difficult position. Axios reported on May 31 that Zuckerberg had called Trump, but did not include details of the call.

Trump wrote the post in late May, amid protests against Floyd’s murder in Minneapolis. Trump’s team denied that he knew the racist origins of the phrase “when the looting begins, the shooting begins,” coined by a Miami police chief in the 1960s whose harsh police tactics attacked black neighborhoods and caused riots.

Twitter placed the post behind a block, saying it violated its “glorify violence” policies. Facebook decided not to touch it, sparking outrage from civil rights groups and their own employees.

In a blog post justifying Facebook’s decision to leave the Trump post alone, Zuckerberg said Facebook interpreted the post’s references to the National Guard as a warning to citizens.

The Post’s report suggested that Trump’s political career had shaped Facebook’s policies on hate speech and misinformation since 2015. Facebook denied it.

“The Washington Post’s suggestion that we develop policies aimed at pleasing the Trump administration is wrong,” a Facebook representative told Business Insider.

“While many Republicans think we should do one thing and many Democrats want us to do the opposite, our job is to create a common set of rules that apply equally to everyone. We don’t believe in Twitter, YouTube, Facebook, or any company. of technology should determine what words people should or should not see of their elected leaders in a democracy. “

Facebook’s restraint of Trump posts that appear to violate its guidelines has led to an advertising boycott, with major companies like Coca-Cola, Unilever and Verizon withdrawing their ads from the platform.