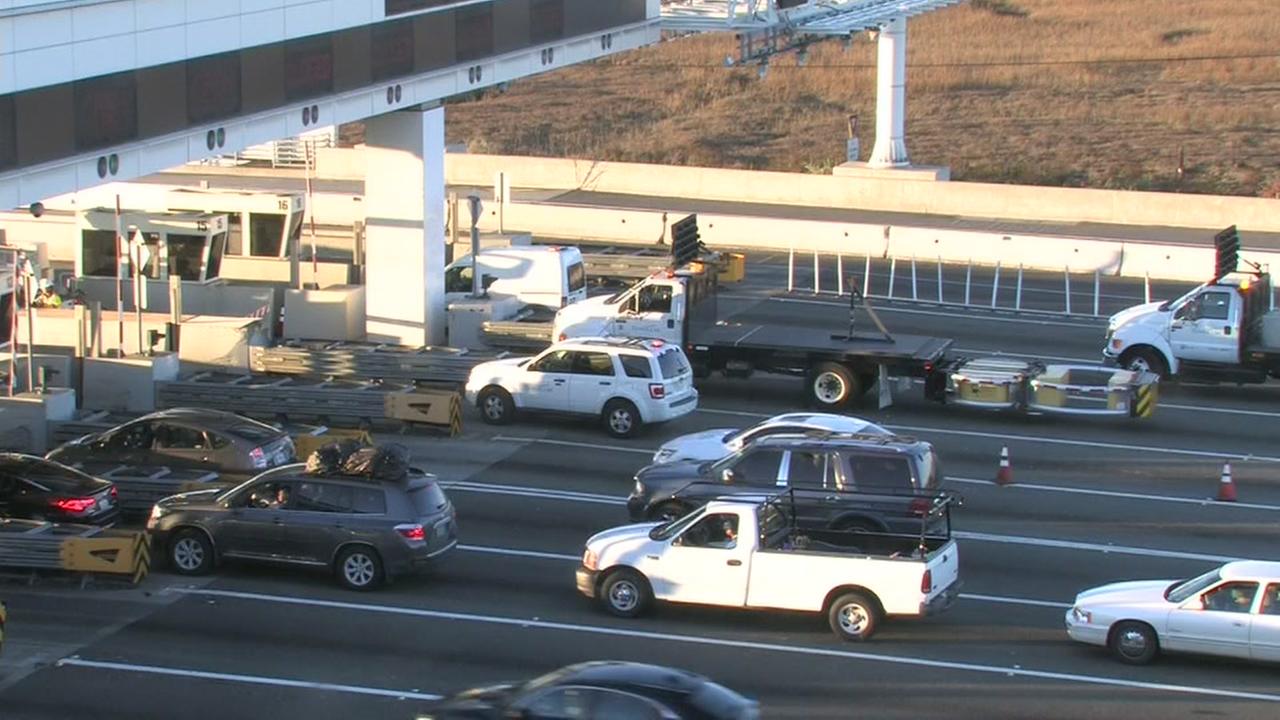 Caltrans is asking drivers to give themselves more time for the Monday morning trip after a fatal accident that severely damaged the Bay Bridge Toll Plaza. A man, suspected of driving while intoxicated, crashed into Booth 14 and killed the toll inside.

The Caltrans teams have been working all weekend to repair four heavily damaged lanes. It is expected that these lanes remain closed at the beginning of the work week.

RELATED: The Bay Bridge toll worker killed by a drunk driver suspected was a mother, wife

The repair work in Toll Plaza is a painful reminder of the accident that killed the 46-year-old toll driver If Han on Saturday.

"It's hard for anyone to put up with and I know the other toll collectors that are going through the time, they were going through a difficult time now, it happened, they witnessed it," said Bob Haus, Caltrans spokesman. Haus said traumatology counselors have been brought in to help Han's workers and family.

CHP says around 5:15 in the morning that a presumed drunk driver, Daniel Berk, 28, hit five cars They were waiting at the tollbooth. The rented rental truck crashed into the Booth 14 killing Han, wounding Berk, his pbadenger and other drivers.

The surveillance cameras captured the accident. The truck hit so hard that the toll booth was pushed down the road.

"The one Ms. Han was in was completely wiped out, it will have to be completely rebuilt from scratch," Haus said.

Han leaves behind her husband and 10- year-old daughter. His family shared photos with ABC7 News, but he did not want to talk in front of the camera.

Berk faces charges for DUI and vehicular homicide. The CHP says that it will be in the hospital for some time. Highland Hospital confirms that its condition has been updated to stable. Berk's pbadenger was discharged from the hospital in accordance with CHP.

"We will do what we can, but we can not make any kind of guarantee or estimate at this time, there are too many unknowns," said Haus.

Click here to help the families of fallen Caltrans workers.