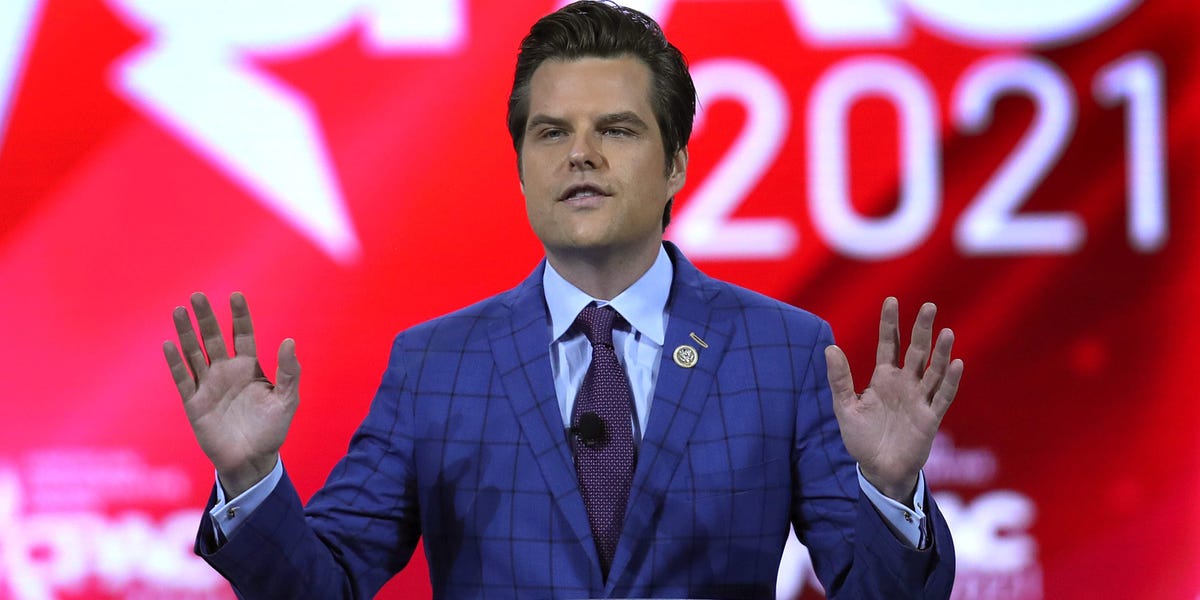 Gaetz was helping the DeSantis gubernatorial campaign at the time, and sources told the outlet that Gaetz tried to hang out with younger crowds during the election.

A source also told The Post that Gaetz bragged about the “access” to women he gained by partnering with Joel Greenberg, a former Florida tax collector who was charged last year with 14 felony counts, including trafficking. sexual intercourse of a minor between 14 and 17 years old. Greenberg has pleaded not guilty.

“Matt was never embarrassed to talk about his relationship with Joel and the access to women that Joel provided him,” the source said. The Post also reported that Gaetz showed photos and videos of naked women to people involved in Florida politics.

People who heard Gaetz and Greenberg talk about their encounters said Greenberg introduced Gaetz to the women and that Gaetz had sex with them and then showed photos of them to people in Florida.

“What these videos implied was that there was something of a sexual nature with everyone,” the source told The Post.

Friday’s revelation follows news from the New York Times that the Justice Department has been investigating whether Gaetz violated federal sex trafficking laws and had an illegal sexual relationship with a 17-year-old.

The Times also revealed that the Gaetz investigation was related to an investigation into Greenberg and that the two men had paid women for sex at various Florida hotels. As part of the broad investigation, the Justice Department is said to be examining whether Gaetz used campaign money during his encounters with women.

On Thursday, CNN reported that Gaetz showed his House colleagues photos and videos of naked women and bragged about his sex life.

The Post’s report on Friday indicates that Gaetz may have had the same behavior at parties with Greenberg and others involved in Florida politics.

Earlier Friday, Gaetz spokesman Luke Ball resigned from his position, citing the principle as the reason, according to NBC News.

“I have never paid to have sex. I have never had sex with an underage person as an adult,” Gaetz told the Post. “I’ve dated women in college and grad school, and I’ve bragged about how great they are in general, the way boyfriends do. Sometimes the women I’ve dated have joined me at dating events. Bell”.

Gaetz is also alleged to have searched for sexual encounters on websites such as Seeking Arrangements and is reported to have used drugs and gave drugs to a woman during at least one of the experiences, according to the Times.

According to the Post, in 2018 an anonymous complaint was made to the office of former House Speaker Paul Ryan about Gaetz that made a young female employee uncomfortable. Ryan’s staff reportedly had a conversation with Gaetz, but the matter was not investigated further.