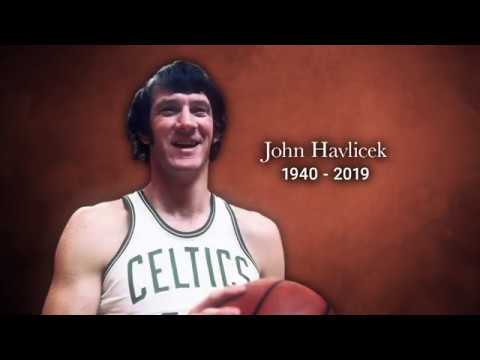 The NBA family regrets the loss of John "Hondo" Havlicek, one of the best players in the history of the NBA. Havlicek played all of his 16 seasons in the NBA with the Boston Celtics, winning eight championships; only two players, teammates Bill Russell (11) and Sam Jones (10) have won more. Havlicek revolutionized the role of the "sixth man" for the Celtics, winning the Basketball Hall of Fame in 1984 after a stellar career that included 13 All-Stars, 4 All-NBA First Team selections and a final MVP in 1974 Hondo, one of the 50 best players in the NBA, has been immortalized by his hand-to-pbad theft in the final seconds of Game 7 of the 1965 Eastern Conference championship, with the famous call of Johnny Most "Havlicek he stole the ball! " marking him forever in the history of the NBA